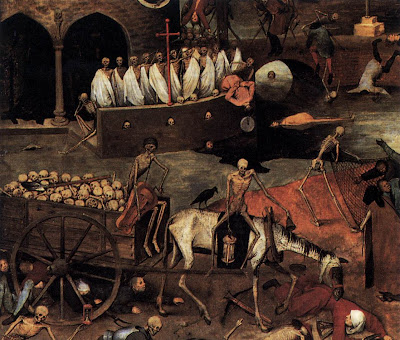 Quick thoughts... unedited, uncensored...
.
Karin Carpenter inspired the 'Rainy Day' title - I never liked her when she was popular - her appeal was too family oriented for me back then - I thought she massacred most songs - oh what she did to Leon Russell's music.  But now that I'm more grown up - I appreciate her a bit more.  I know the music industry is just that, an industry and it works to make money by appealing to all sorts of tastes.
.
Kind of like pop-Catholicism.  One of the reasons I can get so pissed off about trend in Catholicism is that it is so worldly and manufactured.  Holy and sweet as he was, when Blessed Pope John XXIII said 'open the windows to the world', not only did a ton of religious people strip off their habits and run off to Woodstock, a ton of vermin ran into the Church as well.
.
Some may ask why do I bother discussing issues like TOB, or wacky priests promoting dubious mystics, or monks and nuns with direct lines to God, or the numerous evangelical-Catholic money making enterprises, and/or all the other crap (sorry Alice) everyone tries to make a living from.  (Don't forget the warning, "There is great gain in religion..." - Paul to Timmy.  Kind of like Pastor Haggard to Oprah, "Hey! Let's start a church in the barn!")
.
Yeah, so - I'm a little cynical.  There are many reasons for this but chief among them is that I have been fooled more than once by several of these types over the years.  Many 'months' before a lot of my readers even knew what the word Catholic meant, there were similar trends picking up steam - there always have been really.  Yet since the Council it seems there has been one novelty after another devout and enthusiastic souls have run after and promoted this or that as the curriculum of the age.  So I confess I'm a bit jaded - testing the spirits - or discernment is more easily done by the genuinely spiritual man or the one who made a lot of mistakes - in other words experience often times counts more than any degree.
.
I suppose first and foremost the biggest bill of goods sold were all the non-mandated liturgical changes handed down by bishops and priests and liturgical reformers, upsetting the apple cart to such an extent many Catholics believed no one 'had' to do anything anymore, while Mass became one big hootenanny.  I lived through so many abuses it would make you leave the Church.  I lived through Catholic U's Charles Curran and his disciples - the effects of which we all continue to suffer from.  And as I've mention before, I've lived through confessors and directors who insisted such things as masturbation, pornography, and some sexual acts were not mortal sins - in fact, I was told more than once human beings were incapable of mortal sin.  I lived through homosexual advocates such as Boswell and McNeil and others who spent their lives researching and teaching that homosexuality is not sinful.  So you see, at this point I have had enough false teachings thrown at me, almost tripping me up more times than I'm willing to admit.
.
So that is why when a bunch of academics and self-promoting new springtime evangelicals come along in procession with laced up bishops and their entourage - I look for the money.  I see the trend.  I see the marketing.  I see the clique.  There is a reason why there are time limits established in the process to canonize a saint, there are reasons why Rome studies and examines 'new' doctrines and spiritual novelties.  Perhaps they missed a few things or were deceived for a time by the likes of Fr. Maciel or that other guy, Duran, the founder of Miles Jesu - but "nothing is hidden that will not be uncovered" as the Gospel makes so very clear.  Remember - the New Testament is filled with warnings about false teachers and new doctrines - therefore to question "where the conflicts and disputes among us originate?" does not mean one is stirring up dissension or passing judgement.
.
Anyway - all I'm saying is watch out for the bandwagon - be discerning.  If it is too good to be true - it isn't.  And don't blame me for discussing the cliques and factions and institutes - I didn't start any, I don't promote any, nor do I follow any.  I think that is how the Holy Spirit guarded me all of these years.
.
.
Art:  Death's Bandwagon.  Detail: The Triumph of Death, Pieter Bruegel the Elder
Posted by Terry Nelson at 9:09 AM

Email ThisBlogThis!Share to TwitterShare to FacebookShare to Pinterest
Labels: ecclesial fashion and trend