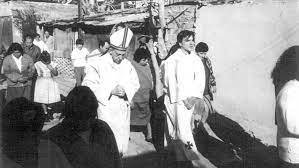 Mark Shea published an excellent bit of advice from Tolkien for Traditionalist Mass goers - and of course, Ordinary Form Mass goers.  [BTW, I consider myself a traditional Catholic, as if you didn't know.  I attend the Ordinary Form of Mass - which is the ordinary norm of the Latin rite.  I also deeply respect the Pope and Magisterium and strive to adhere to Catholic teaching.  I frequent the sacraments, especially the sacrament of penance, when I fail.]

"Also I can recommend this as an exercise (alas! only too easy to find opportunity for): make your communion in circumstances that affront your taste. Choose a snuffling or gabbling priest or a proud and vulgar friar; and a church full of the usual bourgeois crowd, ill-behaved children - from those who yell to those products of Catholic schools who the moment the tabernacle is opened sit back and yawn - open necked and dirty youths, women in trousers and often with hair both unkempt and uncovered. Go to communion with them (and pray for them). It will be just the same (or better than that) as a mass said beautifully by a visibly holy man, and shared by a few devout and decorous people. It could not be worse than the mess of the feeding of the Five Thousand - after which our Lord propounded the feeding that was to come."

This really works.  Especially if one can acquire the habit of recollection.  Tolkien still comes off a little condescending when he says 'go to communion with them - and pray for them.'   I would just say, 'pray with them' and leave it at that.  It's what I've done for years, since no longer going to St. Agnes in St. Paul - which I believed for a time, was the superior parish for celebrating the NO according to rubrics.  There is a snobbism which creeps in - no matter what, if one approaches Mass with that attitude.  When I first left the monastery years ago, I couldn't stand parish celebrations of Sunday Mass.  I got over it.

They who truly adore God must adore Him in spirit and in truth.

To really prepare for Mass, to assist at Mass, to focus on Christ, the Holy Sacrifice, to adore and worship, while at the end, spending time in thanksgiving, everything is holy.  Even during the chatter after Mass, one can remain recollected and at peace.  Frequently it all becomes white noise, or during Mass, the sounds of children warms the heart.  You no longer pay attention to how others dress or behave, much less attempt to consider who is worthy - or not - to receive the Eucharist.  All of that is out of place for the worshipper.  I've never felt the holiness of Mass more than after the long draught of not having Mass publicly, when we were able to go back, in smaller numbers.  How holy and beautiful were the simplest Masses.

There is one Mass in two forms, or uses. It is one Mass - the same Mass. We have one Faith, one Baptism, one Mass, one, holy, Catholic Church, and one reigning Pontiff as Vicar of Christ. That is not exaggerating his importance, nor is it papalatrous to believe that.

As regards exterior things, he (Editor: one who is attached to the grandeur and pomp of the EF) will become unable to dispose himself for prayer in all places, but will be confined to places that are to his taste; and thus he will often fail in prayer, because, as the saying goes, he can understand no other book than his own village. - S. John, Ascent

Email ThisBlogThis!Share to TwitterShare to FacebookShare to Pinterest
Labels: Devout assistance at Mass 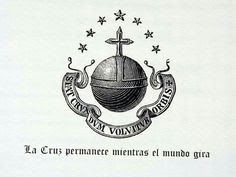 When you're down and they're counting...

Steve Skojec of OnePeter5 has encountered a bit of opposition, or friendly fire, if you will, in the form of a rebuke/snub from his FSSP pastor.  Ostensibly for not showing up for Mass during the pandemic, despite the dispensation.  As a result, his son's 1st Communion is postponed, and his soon to be born child may have been refused Baptism.  From Catholic Herald:

The last straw for Steve Skojec was an FSSP priest telling him that his son couldn’t make his first communion, and his soon-to-be-born son would not be baptized, because their family hadn’t been to Mass enough during the pandemic.

The founder of the traditionalist site OnePeter5 was outraged and heartbroken — but even more, he writes in a blog post titled Against Crippled Religion, he was profoundly disillusioned. (He wrote a follow-up post two days later titled An Epidemic of Brokenness.) - Steve Greydanus

This story is worthy of note since Skojec has a long history of calling out the pope, bishops, priests and laity, as well as institutions for  their failures and lack of orthodoxy.  Greydanus offers the job description like this, "For seventeen years, he had been a gung-ho apologist for traditionalist Catholicism..."  I've written about Skojec many times here, so this commentary isn't out of place.  I posted some comments on FB which are more suited in the context of this blog, so I've reposted those here.

When your secrets all found out...
I find Steve Skojec's recent lament ironic.  He almost sounds like how Pope Francis has repeatedly cautioned against such things as rigidity. This type of apparent snub by a priest has happened to many people - traditionalist or ordinary Catholics. Saints have been interdicted and excommunicated and disciplined over the centuries - it's kind of Catholic. I'm stunned that Skojec, who used to come off as more Catholic than the Pope, is now close to giving up the faith.  I very much doubt he will do that, however.
Hopefully this is an authentic awakening. Similar purgation happens to all of us, when our lies are all found out and there is no one to guide us. Excuse me for falling back on pop culture, but the lyrics of this song seem apt:

"When the doctor failed to heal you
When no medicine chest can make you well
When no counsel leads to comfort
When there are no more lies they can tell
No more useless information and the compass spins
The compass spins between heaven and hell." - Sting

This is what happens to us - we think we have found the pearl of great price (and we really did), but we get ourselves sidetracked in trying to grasp it for ourselves. As we go along, more and more of what we think we have, needs to be put in perspective, sometimes even annihilated. Our attachments, our idols may then be taken away. I often think of Edith Stein who explained the purpose of this stripping away:

"In aridity and emptiness the soul becomes humble. Former pride disappears when a man no longer finds in himself anything that might cause him to look down on others." - Science of the Cross

I hope Steve and company - and of course, myself - can continue to allow ourselves to be taught, "To lose always and let everyone else win..." - John of the Cross. To stop looking down on others, to quit pretending we know more than all who teach us because we do everything right, as it were. I used to think like that - because I lived a chaste, celibate life, prayed a couple hours a day, went to Mass daily, and so on. I attributed to myself what the psalmist says, "I have more understanding than all who teach me, because I do your will." Yet only Christ can say that - not me.
"Sell your will, give it to the poor in spirit, come to Christ in meekness and humility, and follow him to Calvary and the sepulcher." - John of the Cross
I keep repeating the same maxims because they can be easily forgotten, but I love to recall what St. Therese taught her novices:

"Therese believed that God frequently allows us to experience in ourselves the same weaknesses which we deplore in others,,, [Thus] when we see ourselves fallen into those faults we are then more prompt to excuse them in others." - My Sister St. Therese, Sr. Genevieve

Purification, purging, even the collapse of our spiritual 'domicile' so to speak (built on sand) - to the loss of everything - are trials to purify our faith. Sort of like what happened to Job. We also need to remember Job's friends, who offered their bad advice - perhaps like my commentary here.
We need to let the dead bury their dead and we need to follow Christ alone. Christians are not approved by the world - indeed, Christians often do not approve of one another - all the snark online verifies that much. But how does that concern us when our job is to follow Christ? St. Seraphim of Sarov assures us, "Keep yourself in peace and thousands around you will be saved."
So there you have it - that is what I understand by the words, 'let the dead bury their dead'. It is in reality a going out, of sorts - outside the city gates, bearing the insult Christ bore. For here we have no lasting city; we are seeking one which is to come. Through him let us continually offer God a sacrifice of praise, that is the fruit of lips which acknowledge his name. Our life is hidden with Christ in God and I know I need to fix my eyes on him, who inspires and perfects my faith.
May God grant us the grace, that "former pride disappear, and that we can no longer find in our self anything that might cause us to look down on others."
God have mercy on all of us.
Posted by Terry Nelson at 12:26 PM 21 comments: