Hypocrisy in the Church 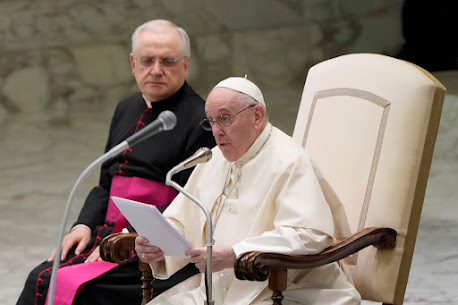 Ever since the article concerning Fr. Benedict's version of the visitation at Silverstream, involving the former prior Fr. Mark, I have been pondering the story and why I involved myself.  I never had to offer information regarding my association or correspondence with those involved.  I suppose I thought I was lending support in the 'private investigations' conducted by others - first involving the book, In Sinu Jesu, and second, the troubling relationship experienced by Fr. Benedict with Fr. Mark.  Having been 'unfriended' by Fr. Mark, along with the sense of being 'scorned' maybe that influenced my decision - or maybe the developments revealed by news stories simply confirmed my sense that something was off, that I called it way back when, and desired to have my insights validated?  So what?

What is it to me?

Perhaps My insights into dissimulation, lies and cover-up is because I know how to do the same things?  Perhaps my skepticism regarding private revelations and ostentatious piety is because over the years, I had adopted an external show of piety and fidelity to safeguard my reputation and find acceptance in the Church.  Although I found out that doesn't work at all - there are always those who speculate and investigate to find out if you are gay or ssa?  If you live with a man - you must be active sexually? If you say gay or use LGBTQ you must be gay, and so on.  Likewise, when they got you pegged, it makes no difference if you are living in accord with Catholic teaching or not.  You're gay - even though they insist on SSA, or ex-gay - you are still branded.  It is what it is - disagree all you want - it is what it is. 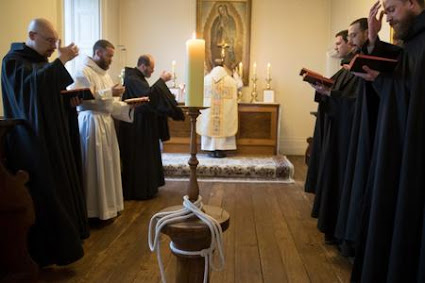 Pope Francis has consistently taught against that formalism and concern for honor and reputation which infects religious people and dictates decorum.  It is why he upsets so many in the church.  It is also why his precautions cause me to examine my conscience in ways I was never able to do before.

The pope continued his series of talks on St. Paul's Letter to the Galatians and focused on the dangers of the law by looking at the apostle Peter's "inconsistency" at Antioch.

Gentile Christians were free from the Jewish law, but there was pressure from people from Jerusalem that caused Sts. Peter and Barnabas to draw back from what the Gospel said.

That is why, in his letter, St. Paul condemns St. Peter "to his face because he clearly was wrong" by trying to appease critics who still observed Mosaic law and to justify his hypocritical behavior.

"Peter had been eating with the Christians of pagan origin without any difficulty; however, when some circumcised Christians from Jerusalem arrived in the city, he then no longer did so, because he did not want to incur their criticism," Pope Francis said. - Hypocrisy in the Church.

"Watch out. The mistake was paying more attention to the criticism, to make a good impression than the reality of the relationships," the pope said.
So, I have to watch out.  I have to examine myself.  One has to be especially careful not to destroy the reputation of others to make a good impression or to avoid criticism.  It's better to be found out and be who you are.  Actually, I don't know what I'm trying to say, I can't sum this one up - I'm still examining my conscience in this regard.  I accuse myself...
The Father makes his sun rise on the bad and the good, and causes rain to fall on the just and the unjust. - Matt 5:45
Perhaps Our Lord and Our Lady really do engage in book length locutions to show their love for mankind.  Though I'm skeptical of many locutions, which are subject to interpretations as well as limitations, my point is that they in no way are a guarantee of the recipients sanctity or impeccability.  So - they can be authentic and deeply inspire the person who prays, they can also be the product of seasoned meditation, albeit inspired.  (I think the The Imitation of Christ is a good example.)
That was an important understanding for me.  Remember from the film, The Sound of Music the song, 'Something Good'?  I was always charmed by this particular lyric, "So somewhere in my youth or childhood - I must have done something good."  Yet everything is grace, every good gift flows to us from the Divine Mercy.
Last week I asked for rain - specifically asking for an inch to 2 inches.  It rained over night, 1.5 inches.  I thanked God, of course.  I asked for more, and by Sunday, 3.5 inches more filled my rain gauge.  I used to sometimes imagine 'because I pray, or because I'm in the state of grace, God heard my prayer.'  It's like thinking, 'I must have done something good.'  See how vain, even presumptuous that thought is?  Yet it is the "Father who causes rain to fall on the just and the unjust."  That doesn't mean we don't have to try and be good or that we shouldn't ask good things from the Father in prayer.  Nevertheless, it seems to me, being convinced of our own self-righteousness gives us an 'in' with God, is very much a part of that hypocrisy the Holy Father warns us against.

"Hypocrisy can be seen as a "fear of the truth. It is better to pretend rather than be yourself," he said.

Wherever people are living "under the banner of formalism, the virus of hypocrisy easily spreads," he said, mimicking the kind of strained, forced smile one might see — a smile "that doesn't come from the heart," but comes from a person "who tries to get along with everyone," but, in the end, gets along with no one.

"Hypocrites are people who pretend, flatter and deceive because they live with a mask over their faces and do not have the courage to face the truth," he said. "For this reason, they are not capable of truly loving" because they are limited by their ego and cannot "show their hearts transparently."

Hypocrisy can be hidden at a workplace "where someone appears to be friends with their colleagues while, at the same time, they stab them behind the back due to competition," he said." - Hypocrisy

As for Silverstream - the ultimate decision as a result of the Visitation, is up to the Church to decide.  Sadly, the actors have all defamed themselves - reputations ruined, perhaps vocations lost.  That really is regrettable.

""To act other than truthfully means jeopardizing the unity of the church, that unity for which the Lord himself prayed," the pope said." - ibid 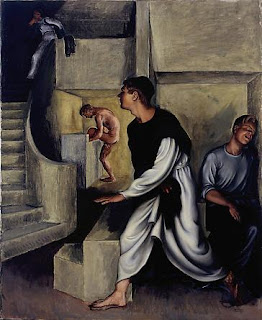 “Above all, don’t lie to yourself. The man who lies to himself and listens to his own lie comes to a point that he cannot distinguish the truth within him, or around him, and so loses all respect for himself and for others. And having no respect he ceases to love.” - Dostoyevsky
Posted by Terry Nelson at 12:17 PM 4 comments: