The Holy Father has decided to invite all the faithful, of all the world, to pray the Holy Rosary every day, during the entire Marian month of October. 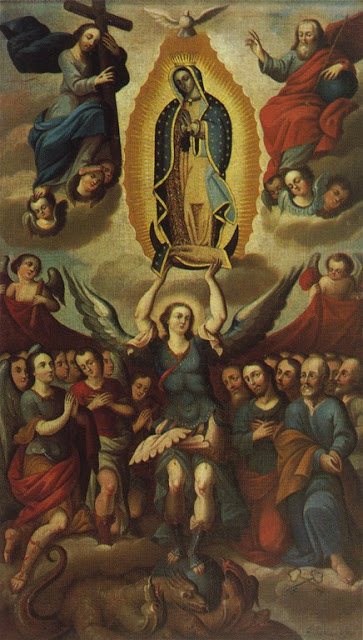 We fly to Thy protection, O Holy Mother of God.
Do not despise our petitions in our necessities,
but deliver us always from all dangers,
O Glorious and Blessed Virgin.

"The Holy Father has decided to invite all the faithful, of all the world, to pray the Holy Rosary every day, during the entire Marian month of October, and thus to join in communion and in penitence, as the people of God, in asking the Holy Mother of God and Saint Michael Archangel to protect the Church from the devil, who always seeks to separate us from God and from each other."

The Holy Father asks us "to conclude the recitation of the Rosary with the ancient invocation “Sub Tuum Praesidium”, and with the prayer to Saint Michael Archangel that he protect us and help us in the struggle against evil (cf. Revelation 12, 7-12)." - VN 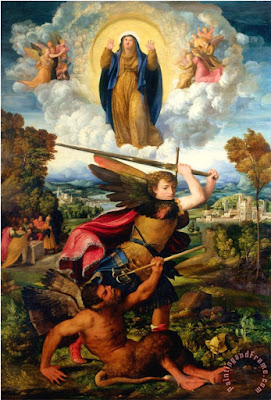 Saint Michael Archangel, defend us in battle,
be our protection against the wickedness and snares of the devil;
may God rebuke him, we humbly pray;
and do thou, O Prince of the heavenly host,
by the power of God,
cast into hell Satan and all the evil spirits
who prowl through the world seeking the ruin of souls. Amen.
Posted by Terry Nelson at 11:16 AM 3 comments:

Email ThisBlogThis!Share to TwitterShare to FacebookShare to Pinterest
Labels: In Thanksgiving, Pray the rosary every day

Email ThisBlogThis!Share to TwitterShare to FacebookShare to Pinterest
Labels: what? 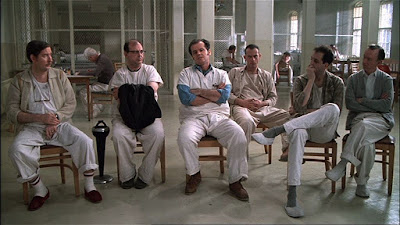 To avoid being sent for an evaluation.  All my readers know that, but now other priests are coming forward, talking about St. Luke's Institute - where they send priests for evaluation and therapy and to get better.  It sounds creepy.  They seem to want chaste priests to become sexually mature, and Catholic moral teaching has no place in achieving this?  It is creepy.

How do they get away with that?  Consider how many Catholic priests rant against parents or individuals seeking therapy for unwanted homosexual attraction?  Yet they will send one of their own into an institution just because they are a bit too traditional.

None of my business I guess.

(Fr. Z has been posting on this, as well as Church Militant.  You can go there for details if you want.  I apologize, I'm just sharing my reflections. And ... I'm depressed and sad.)

Song for this post here.
Posted by Terry Nelson at 4:49 PM 18 comments:

Email ThisBlogThis!Share to TwitterShare to FacebookShare to Pinterest
Labels: pray for priests 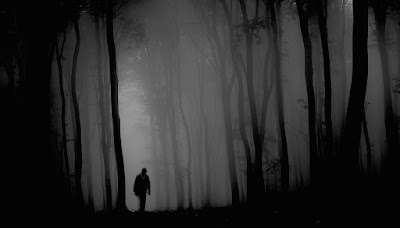 The Feast of the Great St. Sergius of Radonezhsky 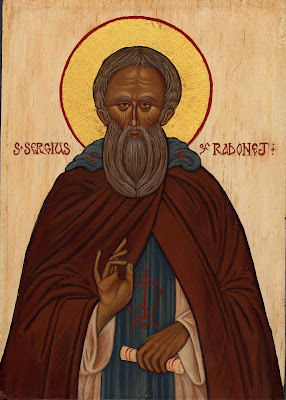 Sergius died on September 25, 1392, and was glorified (canonized) in 1452. His incorrupt relics were found in 1422 and placed in the new Trinity Cathedral of the Lavra which he founded. The church commemorates him on September 25, the day of his death, and on July 5, the day his relics were uncovered. Among the many affectionate titles given him, he has been referred to as the "Abbot of Russia" and "valiant voevod" of the Russian land. The Roman Catholic Church officially recognizes Sergius as a saint, listing him in the MartyrThe Feast of the Great St. Sergius Radoologium Romanum. - Wiki 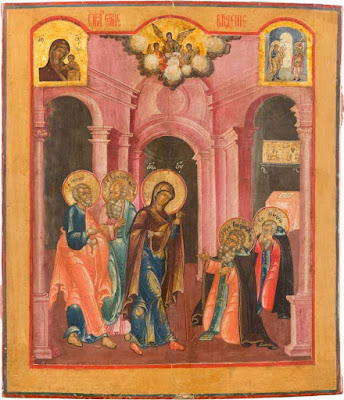 "The Appearance of the Most Holy Theotokos to Saint Sergius of Radonezh: Once, late at night, Saint Sergius (1314-1392) was reading an Akathist to the Mother of God. Having finished his habitual rule, he sat down to rest a bit, but suddenly he said to his disciple, Saint Micah (May 6): “Be alert, my child, for we shall have a wondrous visitation.” Scarcely had he uttered these words than a voice was heard: “The All-Pure One approaches!”

Saint Sergius rushed from the cell to the entrance, and suddenly it was illumined by a bright light, brighter than the sun. He beheld nearby in imperishable glory the Mother of God, accompanied by the Apostles Peter and John. Unable to bear such a vision, Saint Sergius reverently prostrated himself before the Mother of God. She said to him, “Fear not, My chosen one! I have come to visit you. Your prayer for your disciples and your monastery has been heard. Do not be troubled, for your habitation shall prosper, not only in your lifetime, but also after your departure to God. I will be with your monastery, supplying its needs abundantly, and protecting it.” Having said this, the Mother of God became invisible." - OCA 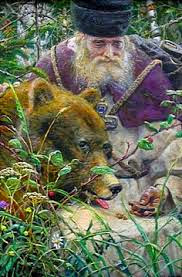 S, Sergius had a special relationship
with bears ... so he's kind of
a poodle saint.
What?

Today is the Feast of Our Lady of Mercy, of Ransom. 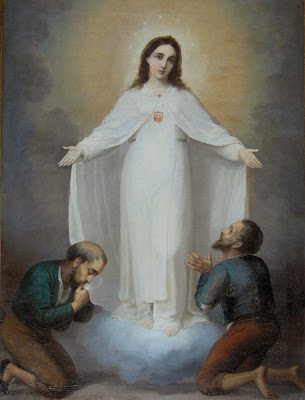 B. Mariæ V. de Mercede
Merciful Father and God of all consolation,
you have shown yourself
to be wonderful in the glorious Virgin Mary,
Mother of Christ, and have given her to us
as the Mother of Mercy.
May all of us who venerate her with devotion,
always experience her powerful intercession,
and enjoy Your immense mercy.
Grant this through Christ our Lord.
Amen.

How urgently we need you now, Mother of Mercy ...
Posted by Terry Nelson at 5:19 PM 1 comment:

Email ThisBlogThis!Share to TwitterShare to FacebookShare to Pinterest
Labels: In Thanksgiving for favors granted and the Protection of the Blessed Virgin Mary

This is the best comment ever. (In regard to Fr. Kalchik and the Cardinal.) 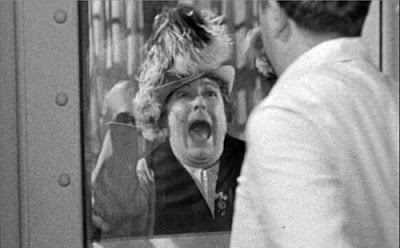 “Thirdly, the cardinal thinks you should get a psychological evaluation.”

“Another example would be St. John Bosco in whom humour was as a running river. Like many another saint, he was accused of eccentricity. And on one occasion this caused him to be put into the custody of two Canons to convey him to a mental home. Arriving there, he got out of the vehicle first and formally handed over to the custodians of the institution the two high dignitaries who were with him. He explained that they would probably be a little violent at being held, which certainly proved to be the case. All the excited expostulation of the two Canons and their efforts to explain things were not heeded. John Bosco, who was calm itself during the incident, finally took his leave and departed in the vehicle leaving his former escort struggling in the hands of their captors.” - Fr. Z's Blog 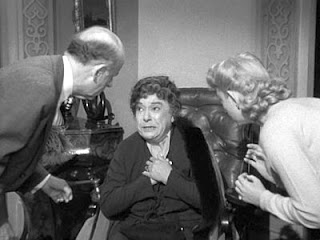 Elwood's sister, Veta Louise Simmons,
tries to have him committed to a sanatorium.
In exasperation, she admits to the attending psychiatrist
Dr. Lyman Sanderson that,
after so many years of putting up with the invisible rabbit,
she sees Harvey every once in a while herself.
This causes Dr. Sanderson to let Elwood out and lock Veta up.
Wiki
Posted by Terry Nelson at 10:53 AM 6 comments: