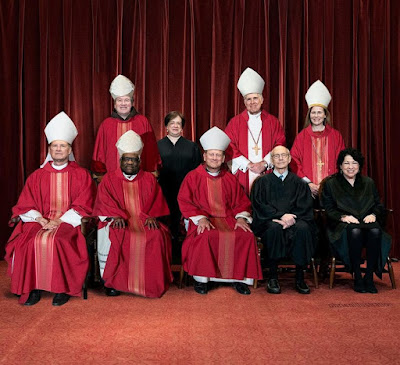 I think Catholics can expect some backlash after today's decision.  Perhaps a lot of backlash.

It's amazing to me how many Catholics really probably supported Roe v. Wade, or at least believed it was a woman's choice to make, between she and her doctor.  I definitely thought the admittance to Holy Communion was between she and her bishop, I wasn't sure about the former.

Either way - I'm against abortion, I consider it the worst form of abuse and murder.

In Thanksgiving for Favors Granted 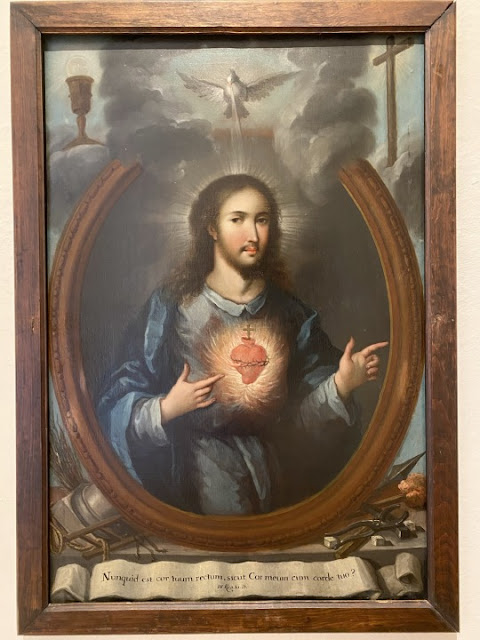 Email ThisBlogThis!Share to TwitterShare to FacebookShare to Pinterest
Labels: Defeat of Roe v. Wade, Solemnity of the Sacred Heart of Jesus "On Friday morning, the Supreme Court issued its opinion overturning Roe v. Wade and Planned Parenthood v. Casey—the two decades-old Supreme Court cases that together guaranteed abortion rights in America. The opinion, authored by Justice Samuel Alito, undoes the constitutional right to abortion and returns the right to regulate the procedure to individual states. The decision will likely lead to the criminalization of abortion, at all stages of pregnancy, in about half of the United States

On Friday morning, Alito’s conservative colleague on the court, Justice Clarence Thomas, disagreed with that. In his own individual opinion, Thomas wrote that, in fact, overturning Roe should only be the first step. “In future cases, we should reconsider all of this Court’s substantive due process precedents, including Griswold, Lawrence, and Obergefell,” he writes. “Because any substantive due process decision is ‘demonstrably erroneous.’”

“Demonstrably erroneous.” There is very little that is vague about those words. With the death of abortion rights in America, Thomas has now come out and said, in no-uncertain terms, that cases that enshrined Americans’ rights to marry whomever they want and to make personal decisions about their intimacy and child-bearing are flat-out wrong. For now, that is just Thomas’ opinion—none of what he’s written is legally enforceable. But the fact that he’s stating this explicitly affirms the fears of advocates that for many conservatives the demise of Roe was never meant to be the end—but rather a bleak beginning." - Mother Jones

Posted by Terry Nelson at 11:04 AM No comments:

Email ThisBlogThis!Share to TwitterShare to FacebookShare to Pinterest
Labels: In Thanksgiving for favors granted and the Protection of the Blessed Virgin Mary

Because they believe in their heart. 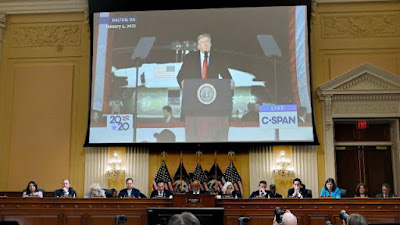 I'm watching the hearings, listening to testimony and actual calls by Trump. Out and out lies. I'm totally shocked - that people 'believe in their heart' that Trump is innocent. That the election was stolen.
I read this morning that the Republican party of Texas has as part of their platform the belief that the election was stolen. There are so many online who believe that. They can hear Trump's raging as they watch this testimony. You know they reject it - they think all of these people are lying. It's incomprehensible to me. "They believe in their heart" though the evidence to the contrary is right in front of them.
Many of these people are Catholics who also are convinced that Pope Francis is not really the Pope, that Benedict's resignation was invalid. They reject everything from this Pope and follow pre-Vatican II rules and rubrics, because "they know in their hearts" they are right.
It is incomprehensible to me.