Sit-coms should only run a couple of seasons. 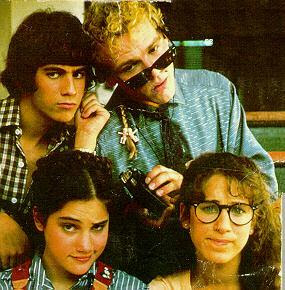 I've always thought that most sit-coms should only run a few seasons, since the writing generally gets so bad after an extensive run. "Seinfeld" was an exception - the writing got better and better - except the finale bombed. Remember "Mad About You"? I loved it until the kid came a long - way to wreck a good show; have a baby. "Friends" got pretty bad after awhile - but since they were my only friends, it was hard to say good-bye. British sit-coms seem to run a few seasons only, such as my favorite classic, "Faulty Towers" - I still watch it on tape. The best sit-coms were short-lived. "Designing Women", "Square Pegs", "Cybil", I better not go on - these are all really old sit-coms.
Anyway, I think blogs are like sit-coms in that respect. I only visit about 7 or 8 blogs regularly, and maybe 3 or 4 daily. That's kind of a lot. I don't really know how many visit my blogs - I have the neo-counter but hate the scrolling so I never wait to see the total. I have SiteMeter, but I've never installed it. Whatever, I don't think I get that many visitors -except when I post about the Legionaries of Christ - I should make each comment I 've received on the Legion a post - hey! that's an idea!
The Internet is a curse however, or is it just the blog that is evil? Since I have started blogging I have lost touch with the real world. I lost interest in my job and quit. I lost touch with family and friends - okay - I was never in touch with them. I hardly go out to social functions - okay - that is all the same as well. I know - I don't watch TV like I used to do. Of course TV sucks because they cancelled all the good sitcoms. Anyway - I've lost my life to blogging!
I read too much news on line and miss the TV news where hardly anything is ever reported. But it was nice, it limited my scope and formed my opinion. I was so much more open to the idea of say, war with Iraq and nuking Iran. Oh, that's right, National News doesn't carry the nuke Iran story - yet. But you know what I mean.
As far as Catholic stuff goes, I was pretty darn happy not knowing about all the liturgical abuses and other crap that goes on in the Church. When you blog and surf other sites, you find out about accusations of bishops pilfering money (Bp. Pilla), or getting beat up in a domestic situation (Bp. Pellote), or some priest running around the neighborhood naked.
Speaking of gay, I don't think for a minute that Senator Craig is gay. Why can't we take a man at his word? He told us he isn't gay. He should have simply told the press, (ala George Michael's "this is what gay people do!") "Get over it, this is what bi-sexuals do!" Doesn't the "B" in GLBT stand for bi-sexual? And shouldn't GLBT people and their supporters be coming to Craig's defense? That includes Republican and Democrat politicians. Talk about hypocrisy. (Again, LOL!)
I'm burnt out on the gay thing though. And all of the Church weirdness gets old too. Especially the coffee and donuts non-issues; like talking in Church, what people are wearing, leaving Mass early, Communion in the hand, altar girls, female ushers, big bosom-ed cantors, etc.. And I can't stay interested in all that ordinary versus extraordinary stuff, who agrees or disagrees. I better stop with that subject however - some people have devoted their lives and blogs - in some cases they seem to be synonymous- to these issues.
It seems my writing has become more labored and cautious however. When I first started out, I just wrote whatever I thought about. I was much freer. After a year and a half of writing - which I've made a creative substitute for painting I guess (LOL!) - I feel more restrained - nay, restricted. I don't like that. I'm always worried about getting people upset - you know, some of the church ladies - male or female.
Once again, I'm thinking about cutting back or even quitting the blog. Although, on Abbey 2 there is a calendar of days which shows the dates I don't post. I'm kind of OCD about that - I hate it when a day shows up that I missed a post - it's like a time clock thing in a way - so I almost feel compelled to post something each day. (That's okay though, Adoro.) I don't know what I'll end up doing. Probably posting this will occasion a flurry of posts - a veritable renaissance. Every time I think of quitting, it seems I come up with stuff I want to post. So maybe this complaint will get me out of my slump.
For a long time I've always wanted to do a post on the costumes worn by certain organizations of Catholic knights - you know, capes and berets that are wrinkled and smell like mothballs, or marabou feathers that are grungy and dirty. I have a friend who is a Marist priest, and one time while we were visiting, as I was walking around his room looking at things, I picked up a huge blue satin skull cap. He collected art and antiquities, so naturally I thought it was something from a bygone era. Laughing I asked, "What is this?" Somewhat defensively, he replied, "That is part of our habit." On second thought, I better not make fun of what people wear.
Posted by Terry Nelson at 4:06 PM 5 comments: 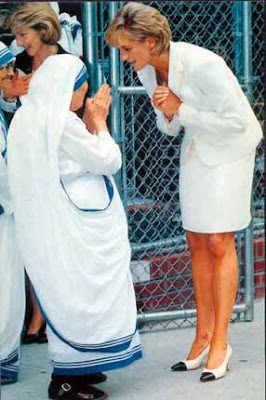 Tomorrow is the 10th anniversary of her death. I have been told Mother Teresa was very fond of her.
Posted by Terry Nelson at 7:10 PM 7 comments: 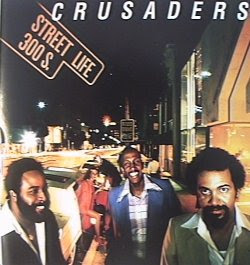 (I loved that group - "The Crusaders" - with Randy Crawford of course.) Cathy has a good post on some local crusaders who go to dissident parishes and quietly pray the Rosary for truth. She has posted a schedule of where they will be.
I remember years ago, I used to bunch my Rosary in my hand as I prayed it so that people wouldn't notice. That is because the Rosary was considered old fashioned and people labeled you as a "Wanderer type" or "pre-Vatican II" if you prayed the Rosary and wore a scapular. That was the '70's - an era of flaming liberalism and charismatic prayer groups. Even the monks of my monastery looked down on the Rosary. Now I don't care if people see the beads.
Posted by Terry Nelson at 6:48 PM 5 comments: