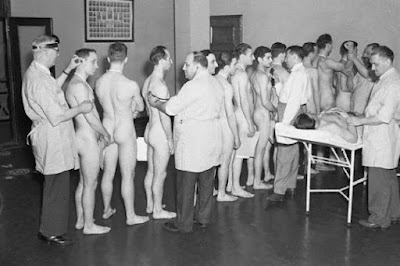 I think seminaries need to do better screening.
I'm surprised someone like McCarrick didn't
think of this.  Wait - maybe that's what he was doing?

To be honest, I had always been suspicious of one of the novices in my novitiate.  He bore a striking resemblance to Romy Schneider.  What?

A leader of the U.S. bishops' conference has written to Catholic prelates throughout the country, alleging that an unspecified number of transgender men have been "unknowingly admitted" to diocesan seminaries and houses of formation for religious orders.

Milwaukee Archbishop Jerome Listecki, who serves as the chairman of the bishops' Committee on Canonical Affairs and Church Governance, told the nation's bishops in a Sept. 22 memo that they might consider "various options" to ensure that only people assigned male at birth are ordained to the Catholic priesthood.

Among the recommendations are DNA testing and certification from a medical expert of the bishop's choosing.

Rocco Palmo, who writes the blog Whispers in the Loggia, first reported the memo, titled "Transgenderism and Seminary Formation," via Twitter on Sept. 23. Palmo's initial tweet sparked a range of incredulous replies, with some people comparing the memo to medieval practices that involved physically checking priesthood candidates. - NCR