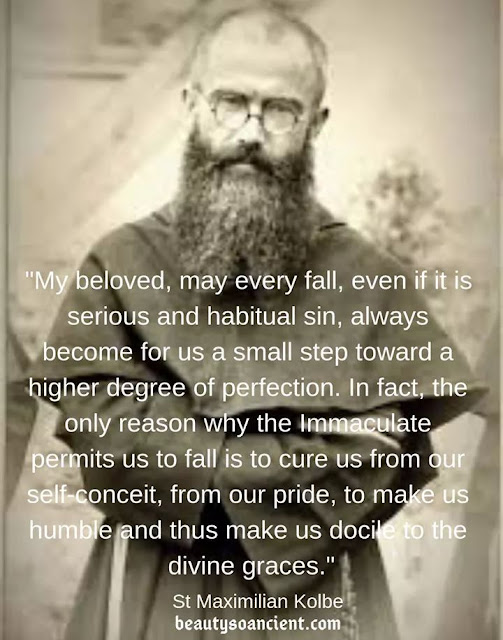 Email ThisBlogThis!Share to TwitterShare to FacebookShare to Pinterest
Labels: In thanksgiving for the Divine Mercy

Story of my life, I guess.

I disagree with those who claim the Pope is a heretic, so I think that puts me far outside the conventional Catholic clique.  I watched EWTN last night and even Fr. Fessio has joined the protest and obviously supports the recent letter asking for an inquisition of Pope Francis.  (The letter details all the problems the signatories have with the Pope.)  EWTN is not my 'parish' nor my source for Catholic teaching, so that's fine.

Don't get me wrong, I don't mind being an outsider.

I have been an outsider since early childhood - beginning in Catholic school.  The fact my mother divorced and remarried to my dad posed some difficulties, and in hindsight I think this may have been the reason the sisters maybe treated me harshly, passed over me, and so on.  Likewise, the family situation was known to classmates who said my parents were going to hell and things like that.  It wasn't so bad however, since it moved me to prayer for my parent's salvation and instilled a spirit of penance in me as a young child.  Which made me weird. :)

As an adult I've lived with suspicion, misunderstanding, pretty much because of my 'singleness' and living arrangement.  Thus my fidelity to Catholic teaching has always been questioned by other devout Catholics.  It's fine.  I think it has led to a greater detachment and recognition of my need to avoid seeking affirmation and praise.  It also kept me from an active participation in church/parish  activities

I could detail all the stuff which puts me outside Catholic factions.  I'm a traditional Catholic but not Trad, for instance.  I think several Catholics on social media are extremists and self-promoters.  They engage in seemingly endless fights, viciously critical of one another if they happen to disagree or support the wrong person, and so on.  Negative labels are handed out to anyone who may oppose them.  It's good not to be part of that.  It is also the reason why I used to delete 'Friends' on my site - I pretty much did it before they could 'unfriend' me.

Seriously, it's good to be an outsider.  My favorite saints were as well.  So there just may be a place for me with them in Heaven.

One day Abba Daniel and Abba Ammoes went on a journey together. Abba Ammoes said, ‘When shall we, too, settle down, in a cell, Father?’ Abba Daniel replied, ‘Who shall separate us henceforth from God? God is in the cell, and, on the other hand, he is outside also.’ - Sayings of the Desert Fathers

Email ThisBlogThis!Share to TwitterShare to FacebookShare to Pinterest
Labels: I'm a bad catholic 
I waste most of my online time on Facebook.  It's easy to post articles and simply make a comment.  Here I have to paste and copy and add commentary, and it seems like work.  But I will keep this site going.

I have a hard time with the Pope-accusers, and do my best on FB, but I don't need to add to the discussion only to be contradicted.  The more questions are raised about the Pope, the more accusations leveled against him, the deeper my peace.

It's astonishing how much resistance there is from otherwise faithful Catholics.  I can't help but think many are being manipulated by media and political interests.  I think some sources online are becoming radicalized in a sense.  They seem to be a bit fanatic, swayed by conspiracy 'spin' on various issues.  I think they have come to this due to their frustration over the dubia unanswered, Vigano ignored, and now the 'Letter to Bishops' asking for an inquisition into the Pope for heresy.  All the usual subjects have followed the pipers who alternately play their songs and sing their dirges, only to be frustrated that no one will respond.

I was going to post a comment on a Church Militant post lamenting the eradication of the homosexual network in the Church has not yet begun, but I'd rather not alienate friends who admire CM, nor do I want to keep posting junk like this when old friends and family check out my FB page.  I'm sure many think I'm pretty much a fanatic myself.  Anyway - this is the gist of CM's post, which I find rather short sighted, given the fact Michael Voris has a gay past - 'nothing wrong with that' - and will likely know several others, including clergy who have that same SSA disposition.

Recent Catholic news is providing evidence that the homosexual current called out by former apostolic nuncio to the United States Abp. Carlo Maria Viganò is still polluting Catholic teaching and poisoning vocations within the Catholic Church.

Last August, Abp. Viganò testified that within the Catholic Church there existed a "homosexual current in favor of subverting Catholic doctrine on homosexuality." Recent events prove that this current is still involved in hiding clerical sex abuse — predominantly homosexual in nature — and is still continuing to strangle vocations and promote the homosexual agenda.

The greatest symptom of this problem is clerical sex abuse that was targeting minors but is now targeting adult victims. The problem of homosexual predation of adults is not even a concern of most bishops based on the fact so little attention is given to it. This tendency to discount adult victimization is shown by the recent release of Cdl. Timothy Dolan's list of clerical sex offenders from the archdiocese of New York. Priests who had targeted adults were absent from the list. - CM

All I can say in response is, perhaps the reason the eradication of the homosexual network hasn't begun is because, as Vigano points out, there are 'networks' - that is, more than one. It is not a monolithic group, that's a fairly naive concept.  There are however, those clergy who are same sex attracted and or gay but chaste, as well as those who have a gay past, and or occasional slip ups - but are now chaste of course.  They too have a network of sorts, they know each other, they may have been classmates, same seminary training, same studies abroad, and so on.  Some maybe have formed  support groups. They are friends who share similar interests.  Nothing wrong with that.

However, the net is wide with room for good networks as well as bad ones.  People make friends, and friends protect friends.  In some cases, perhaps most, the gay-ssa thing can be unspoken - but understood.  In most cases, sexually active or inactive, these men do not want to be outed themselves. They may be the most faithfully chaste priests alive, but they want to maintain their privacy, and finger pointing to report someone else might backfire.  Why do I think that?  Facebook reveals a lot about a person.  That said, the so-called 'homosexual predation of adults' is probably not a great concern because it's usually consensual.

It's seems easy to me to understand Pope Francis when he talks about gossip and those who have something to hide.
Posted by Terry Nelson at 1:30 PM 3 comments:

Email ThisBlogThis!Share to TwitterShare to FacebookShare to Pinterest
Labels: Back in the blog
Newer Posts Older Posts Home
Subscribe to: Posts (Atom)