"Be on your guard against the yeast of the Pharisees and Sadducees.” 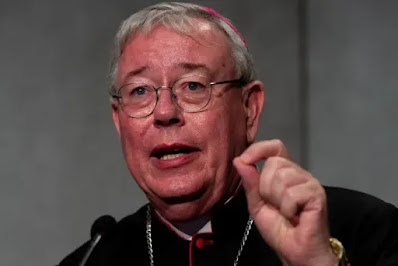 Woe to you, teachers of the law and Pharisees, you hypocrites!

"You travel over land and sea to win a single convert, and when you have succeeded, you make them twice as much a child of hell as you are." - Matthew 23:15

"For the time will come when people will not put up with sound doctrine. Instead, to suit their own desires, they will gather around them a great number of teachers to say what their itching ears want to hear. They will turn their ears away from the truth and turn aside to myths." - 2 Timothy 3-4

We are told these days to trust the science - about everything - yet science is not infallible.  In fact some of it can be connected to  'cleverly concocted myths'.  I'm not disputing the information on vaccinations and the pandemic - it is what it is.  Here I'm talking about new teaching on gender and sexuality.  The science is not trustworthy, it is in part based upon erroneous ideologies of the 19th century.  Sadly, it appears not only Fr. Martin, SJ and New Ways Ministry support, but now at least one - or more Cardinals support as well.

In an interview, Cardinal Hollerich said that Catholic teaching on the morality of homosexual sexual acts is “false” and could be changed. “So I believe that the sociological-scientific foundation of this teaching is no longer correct, what one formerly condemned was sodomy.

“One thought at that time that in the sperm of the man, the whole child was kept. And one has simply transferred this to homosexual men. - Catholic Herald

How can we trust the science that doesn't believe abortion is murder?  That sodomy is an abomination?  That 'chicks with dicks' are female and vice versa?

You blind guides! You strain out a gnat but swallow a camel. - Matthew 23
There are studies connecting early late 19th century movements, such as Theosophical doctrines to gender ideology - which necessarily is related to sexuality and the concept of family and traditional marriage.  Hollerich seems to me to be gravely misled.
Having said that - they cannot change Catholic teaching.  They can change wording/language and place their trust in science - but Catholic teaching and natural law cannot change.  Civil law can change all it wants - according the social winds of change.  So same sex marriage, along with the occult concept of the androgyne and the revaluations of traditional gender roles can change - and apparently has - but that does not make Catholic teaching false.
Individual churchmen and their followers can accept and promote such errors - but the Church cannot.
Posted by Terry Nelson at 11:51 AM 9 comments:

My painting of fr. Louis, ocso 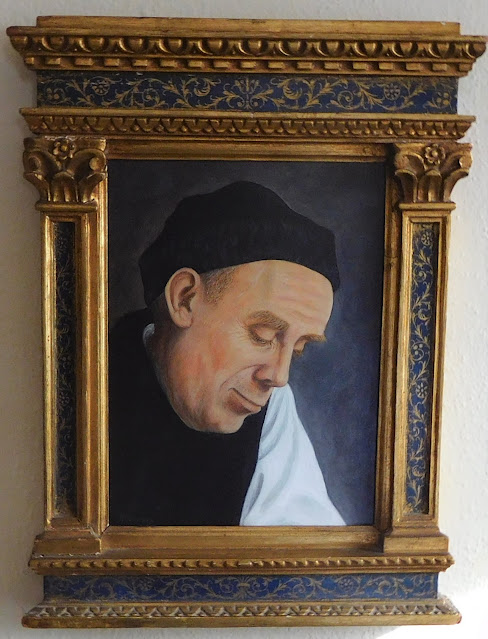 “In Louisville, at the corner of Fourth and Walnut, in the center of the shopping district, I was suddenly overwhelmed with the realization that I loved all those people, that they were mine and I theirs, that we could not be alien to one another even though we were total strangers. It was like waking from a dream of separateness, of spurious self-isolation in a special world, the world of renunciation and supposed holiness… This sense of liberation from an illusory difference was such a relief and such a joy to me that I almost laughed out loud… I have the immense joy of being man, a member of a race in which God Himself became incarnate. As if the sorrows and stupidities of the human condition could overwhelm me, now I realize what we all are. And if only everybody could realize this! But it cannot be explained. There is no way of telling people that they are all walking around shining like the sun.” - Fr. Louis