O Maternal Refuge, Queen of the universe, Mediatrix of men to God, Refuge of all our hopes, have mercy on us. 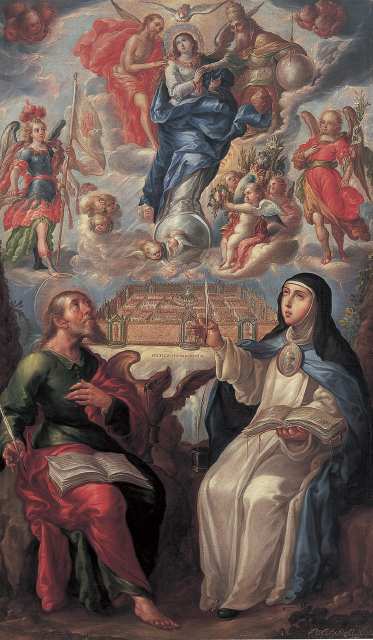 “Come, and I will show thee the bride, the wife of the Lamb.”

I was going to write on the issues of the day and the past week, but decided it is unnecessary for me to do so.

Instead I will share something from The Mystical City of God, by Ven M. Maria Agreda, on Our Lady, our refuge - read it quietly and your heart will burn within you.

She was to be the secret refuge: protection and defense of all men, wherein they would find all the security of a city of refuge and of a strong fortress against their enemies.

“267. The angel spoke to the Evangelist saying: “Come, and I will show thee the bride, the wife of the Lamb,” etc. The angel declares in this passage, that the holy city of Jerusalem, which he showed to him, is the espoused wife of the Lamb, referring by this metaphor (as I have already said No. 248) to the most holy Mary, whom St. John saw both as a Mother, or Woman, and as a Spouse of the Lamb, that is Christ. The Queen held and fulfilled in divine manner both offices.

“She was the Spouse of the Divinity, the only One (Cant. 6, 8) and incomparable on account of the unequalled faith and love, with which the espousals were entered into and accomplished; and She was the Mother of the same Lord incarnate, giving Him his mortal substance and flesh, nourishing and sustaining Him in his existence as man, which He derived from Her. In order to see and understand such high mysteries the Evangelist was exalted in spirit to a great height of sanctity and light; for without going out of himself and being raised above human weakness, he could not understand them; just as we, imperfect, earthly and abject creatures, cannot encompass them for the same reason.

“Then elevated thus high, he says: “He showed me the holy city of Jerusalem, coming down out of heaven,” for Mary was built up and formed, not on earth, where She was like a pilgrim and a stranger, but in heaven, where the common, earthly material was excluded. For though the material of her being was taken from the earth, it was at the same time so elevated in heavenly perfection as to be fit for the building up of that mystical City in a celestial and angelic, yet divine manner, effulgent with the Divinity. 268. Therefore he adds: “Having the glory of God,” for the most holy soul of Mary was favored with such a participation of the Divinity and of its attributes and perfections, that if it were possible to see Her in her own essence, She would appear as if illumined with the eternal splendor of God Himself.

“Great and glorious things are said in the Catholic church of this City of God, and of the splendor, which She has received from that same Lord; but all of it is insignificant, and all human words fall short of the truth."

“Above all We shall give to Her dominion and power over the dragon, our enemy, and over all his allied demons. Let them fear her presence and her name and in it, let their deceits be crushed and annihilated. Let all the mortals that fly to this City of refuge, find in it a sure and certain protection, free from all the dread of the demons and their snares.” . . .

“The blessed Trinity made known to Her that before his most just tribunal nothing would ever be denied to Her; that She should command the devil and that She should have power, by virtue of her commands, to keep him away from souls, since She would have at her disposal the arm of the Almighty.

“In saying that this City was surrounded by a great and high wall St. John refers to this God-given prerogative of his Mother, that She was to be the secret refuge: protection and defense of all men, wherein they would find all the security of a city of refuge and of a strong fortress against their enemies.

“He says that the walls are very high, for the power of the most pure Mary to overcome the demon and to raise the souls to grace is so great that it is inferior only to that of God himself. So well armed for all this and so well defended and secure for Herself and for all those, who seek her protection, is this City, that not all the forces created by God outside of Her can overthrow or surmount its walls.

“I desire to mention that the measure of the dignity, the merits and graces of most holy Mary, was none other than the humanity of her most blessed Son, united to the divine Word.

“The Evangelist calls the humanity of Christ a “reed” because He assumed the frailty of our weak and carnal nature, and “of gold,” on account of his Divinity. In accordance with the dignity of the true God-man, Christ, and correspondingly with the gifts and merits of the incarnate God.

“280. From all this can be estimated the greatness of that City of God, the most holy Mary." 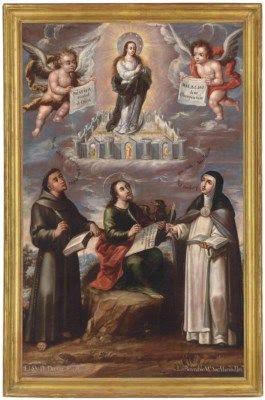 I'm not too worried about it.

Posted by Terry Nelson at 5:28 PM No comments: