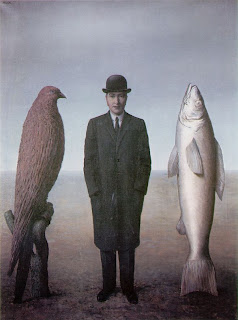 Doesn't that sound so official and serious?

However, this is just a few notes about the blog and social networking stuff.

I also updated my links awhile back - I took down links to blogs which appeared to be no longer active - that means they weren't updated for the past 6 months to a year or that they no longer read/comment on my blog.  I noted one guy just started updating again but he dropped me, evidently because I must have said something offensive regarding certain aspects of homosexual culture and/or behavior.  I realized this while reading his post on why he dropped some of his links - proving that gays just want to be guys - so don't say anything about them holding onto their gayness - something like that.

As a friendly reminder: From time to time I have dropped other blogs whose authors have dropped me because they don't want to tarnish their reputations they themselves are either trying to mold, establish, or rebuild.  I'm sure there are other reasons as well, but I assure you no offense taken here.  I know who you are however, and I know what you did.

BTW.  Is adopting a British accent by an American pretentious?  Affected?  Or just unavoidable?  Was Holly Golightly a real phony?

That said, it's a curious little culture this social networking stuff, isn't it.

I was going someplace with all of this, but I forgot where.

Art: Magritte, Presence of Mind
Posted by Terry Nelson at 10:00 AM 12 comments:

Email ThisBlogThis!Share to TwitterShare to FacebookShare to Pinterest
Labels: Humor and threats

This story is so "Serial Mom" it can't be ignored.

A GERMAN citizen has filed a complaint against Pope Benedict XVI for not using a seat belt in the Popemobile during his September visit to his homeland.
.
Lawyer Johannes Christian Sundermann has filed papers in Dortmund on behalf of his unnamed client, charging the Pope with “repeated breaches” of Germany’s seat belt law.
.
“Herr Joseph Ratzinger, born 16 April 1927 in Marktl/Altötting” travelled on September 24th and 25th “for the duration of more than an hour” without a seat belt, the lawyer states in documents.
.
Mr Sundermann and his client say they can prove the repeated misdemeanour during his visit to Freiburg – using videos from YouTube.
.
The lawyer says his client, though not a Catholic, was concerned for the safety of the Pope in his armoured car, which reportedly has a seat belt though it usually moves at a walking pace. As a repeat seat belt offender, the man believes the Pope should face the maximum €2,500 fine allowed.
.
Mr Sundermann has asked whether the diocese of Freiburg or the state authorities lifted the seat belt obligation for the pontiff.
.
To that end, he has cited as witnesses to his case the German prelate Robert Zollitsch, archbishop of Freiburg, and Winfried Kretschmann, state premier of Baden-Württemberg.
.
A spokesperson for the court in Dortmund confirmed papers had been filed but declined to comment further.
.
The lawyer, a member of the Left Party, says his case will hinge on whether the Pope still holds German citizenship and whether he enjoyed diplomatic immunity during his visit.
.
A Bundestag question from 2005 established that, though a citizen of the Vatican since 1981, a special arrangement was in place for Pope Benedict to retain his German passport.
.
The foreign ministry confirmed yesterday that the Pope, as a visiting head of state, enjoyed diplomatic immunity during his recent stay.
.
However, a government spokesman suggested that the Pope might not be immune from prosecution if he returned to Germany on a private visit. - Source

German people.  I hope the pope recycles and plans on changing up to CFL light bulbs come 2012!
Posted by Terry Nelson at 9:26 AM 4 comments:

Email ThisBlogThis!Share to TwitterShare to FacebookShare to Pinterest
Labels: Mercy mercy me the ecology 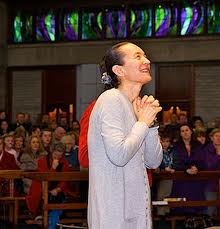 Vicka was documented on film during a recent 'purported' apparition of the Blessed Virgin.  The seer's joy is visible, and I might add, delightful to witness.  She obviously enjoys speaking to whoever is present to her.

No, I am not endorsing Medjugorje or Vicka's claims, I await what the Church has to say regarding the apparitions and messages.  Nor do I 'follow' the events at Medjugorje, although I haven't ignored them either.


* * *
A word on alchemy.  Medieval alchemists tried to change base metals into gold.  On many occasions, while visiting dubious apparition sites, pilgrims have claimed that their rosaries turned to gold.  Interestingly enough, a pious lady once gave me such a rosary - the gold color turned out to be the base metal of the chain.  Was there a chemical, atmospheric 'alchemical' effect that caused it to happen?  I don't know - yet the color wasn't really gold, but brass - the same as the metal.

Email ThisBlogThis!Share to TwitterShare to FacebookShare to Pinterest
Labels: Alchemy in the mix

What I think of of the 'new' American Thanksgiving and 'black' Friday bullshit. 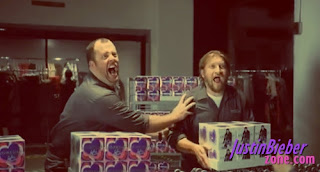 As an adult, I doubt I've ever celebrated this holiday 'normally'.  I learned that as a child whose family was far from normal yet tried their hardest to act normal - especially on the holidays.  Big fail!  It never worked because my family was so disintegrated and dysfunctional.  However, today, that is normal.

It also explains why Thanksgiving has become a shopping day - and for those 'lucky' enough to have a low-paying job in retail, the wonderful opportunity to work the holiday.

Disintegrated and dysfunctional families go to casinos, restaurants, theme parks, and the movies these days to celebrate.  If they stay at home for a quiet, intimate and casual celebration, many do so by  watching TV, twittering or downloading something online - together as a family of course - virtually connected in a disconnected, disintegrated, dysfunctional 'modern family' milieu.

Anyone can take another day off if they need to work/shop the holiday/holiday weekend.  Just transfer, or anticipate the feast day - Catholics do it all of the time.  So do families who have loved ones in the armed services and in combat.

Year after year, traditional Thanksgiving has eroded along with the culture.

Photo:  Justin Bieber Macy's commercial - one of the best of the season.
Posted by Terry Nelson at 3:10 PM 7 comments:

Email ThisBlogThis!Share to TwitterShare to FacebookShare to Pinterest
Labels: avoid greed in all of its forms

Concert in an Egg: A contemporary copy after Hieronymous Bosch 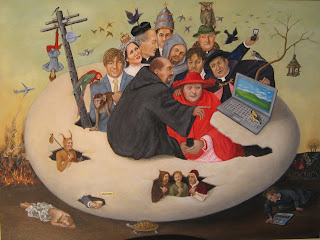 "Blognic in an Egg" - T. Nelson, 2011
Acrylic on canvas.  18 x 24
Presented is my copy after the Hieronymous Bosch "Concert in an Egg" - in homage to the Lille copy.  I retitled the composition, "Blognic in an Egg", featuring a selection of American parochial bloggers, complimented by an assortment of attributes and symbols forming a sort of commentary on the phenomenon that is the Catholic blogosphere.
Once again, my apologies for the poor photography.  The panel still needs to be varnished, and then perhaps, I can provide a better image.  (BTW - if you click on the image to enlarge it you will notice the image is not as sharp and clear as it should be - the image itself is very well defined - but the camera was loose on the tripod.  Providentially the blurriness demonstrates the condition of my eyesight.  I hope to get through the holidays before going in for surgery.)

Define blognic:  Blognic is a derivation of picnic, most likely invented and popularized by Fr. Zuhlsdorf, the famous Catholic priest blogist.  It may be described as a nearly impromtu gathering of bloggers and their readers, and/or fans, although such gatherings are frequently planned in advance.  I know.

Email ThisBlogThis!Share to TwitterShare to FacebookShare to Pinterest
Labels: Alchemy in the mix, Personal art 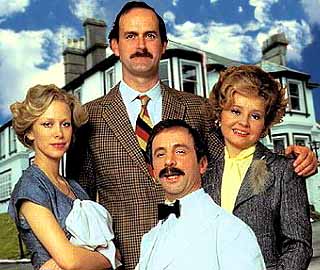 I took an extended blogging break.

It is amazing how liberating it feels to be offline and off the news feeds.  Amazing.

It has been a retreat really, and my only occupation has been painting.  I'm just about finished - just a few 'tweets' to add to the composition.  The painting is loaded with symbols.

I'm unable to read all of my emails and comments right now - but in the next few days I'll try to address those which need a reply.

Being offline and working on the painting has helped to confirm some of what I have written regarding blogging, the Internet, and the trend of living one's life online.

I'll be back shortly.

Photo:  Happy Thanksgiving from my family to yours.  "Que?"
Posted by Terry Nelson at 10:32 AM 18 comments: