Pope Francis to those who reject the teaching of the Second Vatican Council... 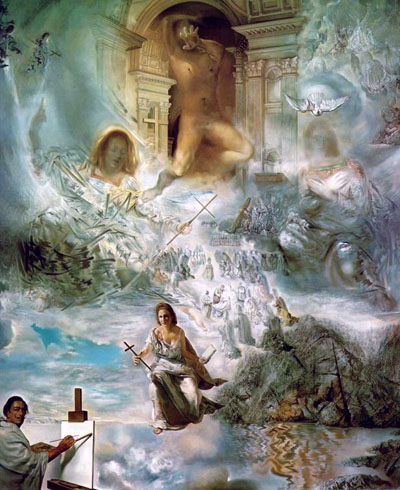 They are placing themselves outside the Church.

Thank God the Holy Father said it.  Seriously, for at least 2 decades I have listened to the greatest Catholics of all time - their opinion, not mine - that the Council was evil, non-binding, non-magisterial. That it was a pastoral council, it did not affirm any dogma, etc..  It was corrupted and bore rotten fruit - case in point the OF Mass.  Opponents went so far as to say the Novus Ordo was Masonic, heretical, and no Mass - I used to respond 'you can't be holier than the Church, you can't be more Catholic than the Pope' and so on.  In no uncertain terms, not a few responded, 'but I am more catholic than the Pope.'  Stunning claim, to say the least.

These folks, following mentors among the hierarchy and clergy, as well as a few self-serving mystic monks, pretty much condemned everything Novus Ordo - save for their sacramental ordination - as well as Vatican II.  Apparently, this alone makes them holier than the 'post-conciliar'* Church and more Catholic than the Pope.  Not.

The Dubia Brothers, Vigano, and many priests in their 'Holy League', along with a growing Remnant of mystical  authorities, who have set themselves against the Council, The Ordinary Form of Mass, and the Papacy, now have something to deal with.  Are these folks ready to follow the post -Vatican I schismatic Old Catholics?  Because the Pope has spoken.

“Either you are with the Church and therefore you follow the council, or you interpret it in your own away – according to your desire – [and] you do not stand with the Church,” the 84-year-old Jesuit Pope told members of the National Catechetical Office of the Italian Bishops’ Conference.  - The Tablet

*"Unfortunately, it is not only the progressives who have adopted this individualistic spirit. Even in the name of Tradition, some today speak of a pre- and post-conciliar Church, thus creating a rupture between the past and the present. In this way, they submit everything the magisterium has to say to a test that ultimately sets the Church against itself." - Fr. Angelo Geiger