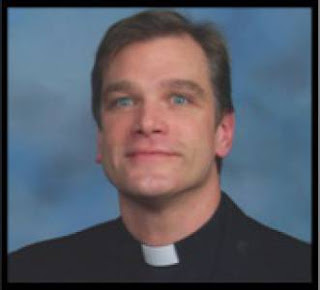 If reports are true it appears Fr. Kalchik has been hospitalized - sent for 'evaluation'.

My readers will know his story, supposedly Fr. K burned a controversial Rainbow flag outside his parish and prayed prayers of exorcism, disobeying Cardinal Cupich's orders not to do so.  This poor priest is now the focus of LGBTQ protests and detraction.  New Ways Ministry has written an offensive post on how hurt LGBTQ Catholics happen to be, and other sources are repeating verses from the catechism on how LGBTQ people are supposed to be treated, and suggesting burning flags will lead to burning people.  They are already smarting from the fact that many of us are insisting the abuse scandal is in fact a gay scandal.  (The McCarrick case changed everything and pretty much exposed what many call gay network among clergy.)

Fr. Kalchik spoke out because he himself had been sexually abused by a priest when he was 17, I think.  Pray for him.  I'm praying for him and all priests who stand up for the truth.  Fr. Z actually has the latest on developments related to Fr. Kalchik.

(I know I'm linking to sources some of my readers do not like, so maybe don't read me on these issues.)

Catholics are in denial.

Dr. Mirus has a comprehensive article, In denial about not ordaining homosexuals, which I very much agree with.  Mirus lists fallacies regarding the abuse crisis and Catholic teaching.  He also lists every official Catholic Church prohibition against ordaining homosexuals.  As I have often repeated, Mirus also points out that dispensations abound to those rules.

I think Mirius may go a step too far by suggesting 'homosexuals be eliminated from the priesthood' which sounds like those already ordained be laicized.  Canonically that would only work in the case of actual sexual misconduct - I think.  That said, some priests with a homosexual inclination, already ordained, are faithful, chaste and celibate, and in no way advocate for LGBTQ causes.  These men should be left alone.  I'm of the opinion such priest not be made bishops or put in charge of formation.  But that's my personal opinion.  The place to start is to follow the instructions as to who can be admitted to seminary and religious life.


This contemporary issue was first settled in 2002 in response to a question from a bishop, which was answered on May 16th by the Congregation for Divine Worship and the Discipline of the Sacraments:

Ordination to the diaconate and the priesthood of homosexual men or men with homosexual tendencies is absolutely inadvisable and imprudent and, from the pastoral point of view, very risky. A homosexual person, or one with a homosexual tendency is not, therefore, fit to receive the sacrament of Holy Orders. - Mirus


Note;  I don't 'follow' Catholic Culture nor Dr. Mirus - I know little about the site, I just happen to agree with much of what he had to say in the article.  I also have compassion for Fr. Kalchik and thoroughly understand a priest is to be obedient to his bishop, however, this case seems to me to be taking on a highly politicized tone, and it seems to me the bishop in this case needs to stand with the priest as regards Catholic teaching.  Ordering psychiatric evaluation seems a bit like the clericalism the Holy See condemns these days.

Email ThisBlogThis!Share to TwitterShare to FacebookShare to Pinterest
Labels: Chicago, Fr. Kalchik, keep a grain of anti-clericalism in your outlook, McCarrick started it 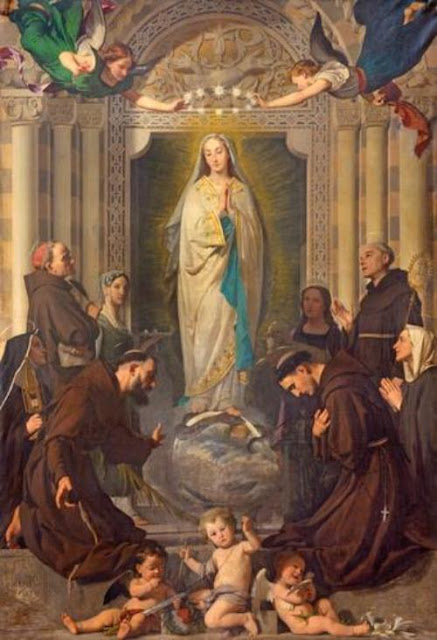 Yesterday I did a silly post on FB on having to run an errand, adding how I never go anyplace, and so on.  It was meant as a joke.  Later, when I thought about it, I was a little embarrassed, since it was kind of true.  I really do live a rather quiet, withdrawn life.

Since I couldn't be a proper pilgrim-recluse like Benedict Joseph Labre, and since I wasn't able to be a Carthusian, I still always wanted to live that sort of life as closely as possible.  So I live an ordinary life, as if my house and yard is a little hermitage.  I pray as much as I can - especially now since I am retired, and in imitation of the desert fathers, I paint.  They made baskets of course, but it's similar - work with my hands joined to prayer.  Likewise, I garden.  Now I take care of a friend as well - which is a great gift.  So in a way, I'm living my dream, as odd and imperfect as it is.  It is a surprising grace.

I love the Immaculate Conception, and want to live here ... in her ... forever.  She is my paradise upon earth.  I have no need to go elsewhere.
Posted by Terry Nelson at 12:07 PM 11 comments:

Frank Walker writes the most hysterical copy ever. 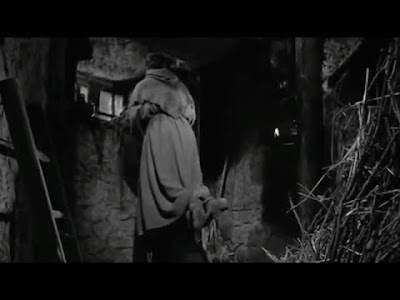 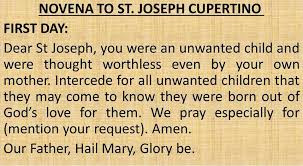 St. Joseph would never be ordained today.  Too bad.
Posted by Terry Nelson at 11:22 AM 2 comments:

Email ThisBlogThis!Share to TwitterShare to FacebookShare to Pinterest
Labels: In thanksgiving for the patronage of St. Joseph Cupertino

Feast of the Sacred Stigmata of St. Francis of Assisi 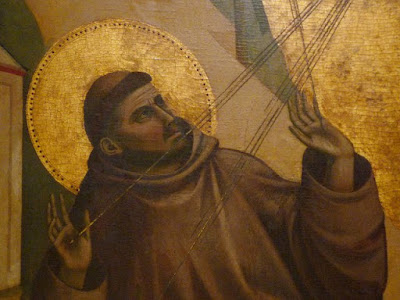 St. Francis began to contemplate most devoutly the Passion of Jesus Christ and His infinite charity; and so greatly did the fervor of devotion increase within him, that he was all transformed into Jesus by love and compassion. And being thus inflamed in that contemplation, on that same morning he beheld a seraph descending from heaven with six fiery and resplendent wings; and this seraph with rapid flight drew nigh unto St. Francis, so that he could plainly discern Him, and perceive that He bore the image of one crucified; and the wings were so disposed, that two were spread over the head, two were outstretched in flight, and the other two covered the whole body.

And when St. Francis beheld it, he was much afraid, and filled at once with joy and grief and wonder. He felt great joy at the gracious presence of Christ, who appeared to him thus familiarly, and looked upon him thus lovingly, but, on the other hand, beholding Him thus crucified, he felt exceeding grief and compassion. He marveled much at so stupendous and unwonted a vision, knowing well that the infirmity of the Passion accorded ill with the immortality of the seraphic spirit. And in that perplexity of mind it was revealed to him by Him who thus appeared, that by divine providence this vision had been thus shown to him that he might understand that, not by martyrdom of the body, but by a consuming fire of the soul, he was to be transformed into the express image of Christ crucified in that wonderful apparition.

Then did all of Mount Alvernia appear wrapped in intense fire, which illumined all the mountains and valleys around, as it were the sun shining in his strength upon the earth, for which cause the shepherds who were watching their flocks in that country were filled with fear, as they themselves afterwards told the brethren, affirming that this light had been visible on Mount Alvernia for upwards of an hour. And because of the brightness of that light, which shone through the windows of the inn where they were tarrying, some muleteers who were travelling in Romagna arose in haste, supposing that the sun had risen, and saddled and loaded their beasts; but as they journeyed on, they saw that light disappear, and the visible sun arise. - Fioretti, taken from NLM 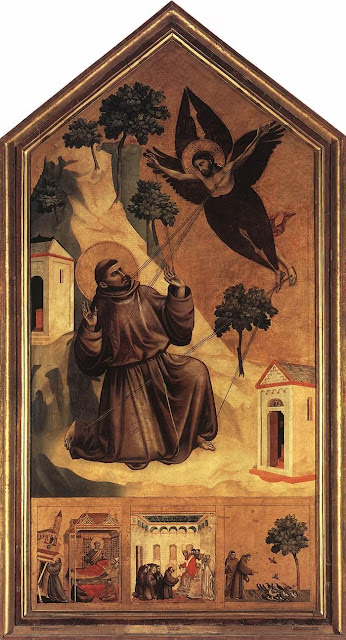 O Lord Jesus Christ, who when the world was growing cold, in order that our hearts might burn anew with the fire of Thy love, didst in the flesh of the most blessed Francis renew the sacred marks of Thy passion; mercifully grant, that by his merits and prayers, we may ever carry our cross, and bring forth fruits worthy of penance. (Collect from Mass)

Email ThisBlogThis!Share to TwitterShare to FacebookShare to Pinterest
Labels: In thanksgiving for the patronage of St. Francis
Newer Posts Older Posts Home
Subscribe to: Posts (Atom)