Spreading Devotion to the Extraordinary Form of Mass. 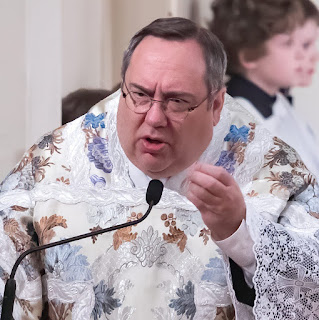 Nothing wrong with that.

Yet to make the claim one form of Holy Mass is better than another, or more efficacious, is a big mistake.  Yet that is what devotees frequently do, even Fr. Z and his followers.  Not always overtly, but it is implied - especially in his comment box.  Recently he posted: "A diocese smells the coffee: starts planning for decline of the Novus Ordo and growth of the TLM"

Just the language of the title seems to denigrate, declass the Ordinary Form of Mass, by referring to it as the Novus Ordo - which is understood by most to mean the 'new' Mass.  That is, the Ordinary Form of Mass celebrated by Roman Catholics throughout the world.  TLM stand for Traditional Latin Mass - known after Summorum Pontificum as the Extraordinary Form.  Summorum was not meant to be divisive but inclusive.  I have heard some Catholic claim that if one continues to attend the EF after experiencing the transcendent beauty of the EF, they offend God.  That is the notion I object most to.

Janet Smith posted a supportive link to Fr. Z's post and I responded.  In vain, I dare say.  This was the exchange:

Terry Nelson I hate it when you people promote this - Fr. Z's mentor and patron was not anti-VII, nor anti Novus Ordo. He celebrated the Novus Ordo - promoting Latin and ad orientem - seriously, there was no tangible difference to the ordinary Catholic in the manner Mass was celebrated. I went to talk to Monsignor, confessed to him - I think he would completely disapprove of how Fr. Z promotes this division.

Janet E. Smith What is offensive or divisive about what was posted? People are gravitating to the TLM. Is that bad or divisive? Are those who stick with the NO divisive? Both are permitted. It not divisive to prefer one or the other. People who keep lamenting “division” are the ones causing it, IMHO.

Terry Nelson Janet E. Smith there is nothing wrong with an attachment to the EF - the OF is the ordinary form in the Church, when celebrated according to rubrics, esp. ad orientem, the OF is fine. To say one is holier than another is mistaken. To devoutly prefer one to another is not bad in itself, but it often degenerates into mockery of and condemnation of the OF. (In the extreme, calling into question the NO sacraments - including Holy Orders.) Fr. Z promotes the OF and encourages 'recruits' to it, if you will. Underlying all of this is the claim the OF is not as holy, that it's an abomination. Read the commentary Fr. Z gets. Holy Mass should not be politicized but that is how it gets treated, the 'liberals' don't like it, the 'conservatives' do, and so on. That's wrong. I grew up with the TLM, I was an altar boy - as Mons. Pope recently pointed out, the EF wasn't always well celebrated either. Wasn't the point of the Summorum Pontificum to help the Ordinary Form? It's been my observation it has been used to oppose the Pope and any authentic reform of VII.


My experience with Dr. Smith is that she is more or less dismissive of anyone who is neither an academic or cleric.  The conversation I began on her site developed further, with other commenters who supported her POV.  Nothing wrong with her opinion BTW, my point was made.  My experience of promoters of the TLM is that they are the divisive element when they think anyone devoted to the OF Mass is ignorant of tradition, and/or protestant.

I love both forms of Mass.  I also love the traditional celebration of the sacraments.  The Ordinary Form of things are just as sacred, just as holy, and no more or less eficacious than the EF.

As I have said before, I believe many people are drawn to deeper devotion in and through the traditional liturgical rites. Nothing wrong with that at all. It is their personal experience, but it cannot be stated that therefore the extraordinary Form is holier or more pleasing to God, when in fact the Church celebrates the Ordinary Form as the central form of the liturgy. (I'm not a liturgist so I'm not sure I expressed that well.) Playing the two forms against one another, or saying one is more efficacious than the other is an error. It seems to me that attitude is also a form of snobbery which is often observable in other areas of the lives of such people. (It's frequently fairly obvious on social media.)

As regards exterior things, he (Editor: one who is attached to the grandeur and pomp of the EF) will become unable to dispose himself for prayer in all places, but will be confined to places that are to his taste; and thus he will often fail in prayer, because, as the saying goes, he can understand no other book than his own village. - S. John, Ascent

Email ThisBlogThis!Share to TwitterShare to FacebookShare to Pinterest
Labels: Devout assistance at Mass, EF, OF 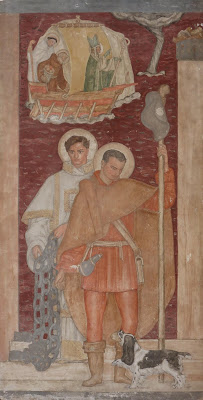 Many times I'm mistaken, presumptuous, and don't know what I'm talking about. So pay no attention to me - I'm a sounding keyboard.
Posted by Terry Nelson at 12:27 PM No comments:

Email ThisBlogThis!Share to TwitterShare to FacebookShare to Pinterest
Labels: Sayings