Vindication for the whistleblower.

I became aware of a site claiming that four other 'victims' have come forward to tell their story about the sexual harassments within the fledgling Benedictine priory.  I believe it's a Public Association of the Faithful or a community of diocesan right and not federated with the Benedictine Order.  They follow the Rule of St. Benedict.  Thus far, canonically at least, they are not monks.*  I may be wrong, but the founder, in order to make this foundation was exclaustrated from the monastic order of his profession and made private vows to the bishop of the diocese.

Former supporters of the priory are coming to the defense of whistleblower Dom Benedict Anderson who has lived in exile from his community after his request for a visitation to investigate the religious life of the community, the formation of aspirants to their mode of monastic life, along with the eccentricities of the prior.  Without further comment, I will link to an important post which details some of the misconduct and boundary issues the prior perpetrated upon aspirants to the community, which corelate to the original  harassment claims the whistleblower publicly revealed. Sadly Fr. Benedict is in a sort of limbo, having done nothing wrong, he remains in exile from the priory and apparently is unable to exercise his priestly ministry - a grave injustice.

Be forewarned, the blog post I link to is very disturbing, yet I'm convinced it vindicates Fr. Benedict's original complaint.  Pray for him.

There Are At Least Four More Victims...

I have been given the names and details of four more men who say that Kirby sexually harassed them during their stay at Silvetstream.

I have been refused permission to name them on the Blog for now.

All 4, for different reasons, are afraid of reprisals of various kinds. - Read more here.

I reached out to Fr. Mark to ask if all this was true, reminding him of the cautions  I offered some years ago after he had told me of his plans for a monastic foundation.  He eventually cut off all ties to me, since I even questioned the publishing of his locutions on his blog at the time.  I pray for him that he will not be destroyed by all of this and find peace.

It is very important however, that Fr. Benedict is vindicated and can continue his ministry.

Very seriously, if one feels called to monastic life, look at the established orders and abbeys.  Stay away from charismatic - be they traditional or progressive communities.  Authentic monastic life is not about novelties or the imitation of an outdated form, enhanced by ancient architectural forms and strict adherence to rubrics and observances.  A tonsure doesn't make one a monk.  Not a few 'new' communities seem to want to emulate the life style of cloistered nuns, which should be the first red flag something is off.

*According to some online commentary they are monks of diocesan right - like I said, I'm not versed in canonical terminology.  According to their Wiki site:  "In February 2017, the community reached a milestone with the formal approval of its constitutions by the Holy See, leading to the canonical establishment of the Benedictine Monks of Perpetual Adoration as a monastic institute of consecrated life in the diocese of Meath."  From NLM: "Bishop Michael Smith signed a Decree on 25 February ‘erecting the Benedictine Monks of Perpetual Adoration of the Most Holy Sacrament of the Altar as a monastic Institute of Consecrated Life of diocesan right in the Diocese of Meath’."  Those who have complaints against the priory should contact the local ordinary, Papal Nuncio and perhaps the appropriate Vatican Congregation for Consecrated Life.

Email ThisBlogThis!Share to TwitterShare to FacebookShare to Pinterest
Labels: New Orders, Silverstream revisited, Something to hide 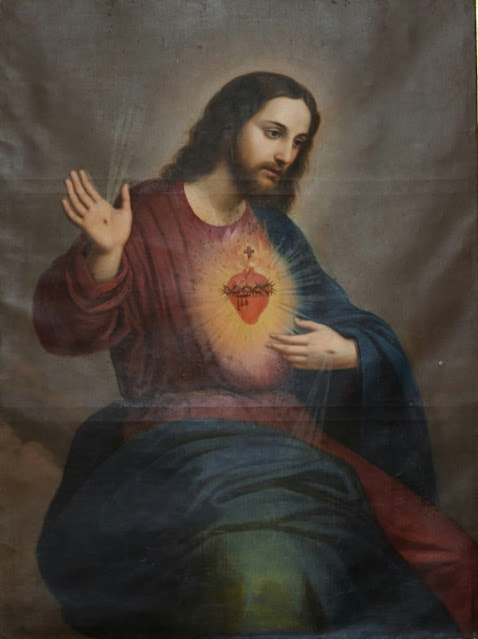 “Through the long years of isolation and suffering, God had led me to an understanding of life and his love that only those who have experienced it can fathom. He had stripped away from me many of the external consolations, physical and religious, that men rely on and had left me with a core of seemingly simple truths to guide me. And yet what a profound difference they had made in my life, what strength they gave me, what courage to go on!” - Walter J. Ciszek, He Leadeth Me