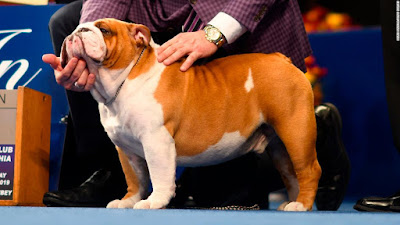 Email ThisBlogThis!Share to TwitterShare to FacebookShare to Pinterest
Labels: if only 1 person understands this

Parting is such sweet sorrow.
Posted by Terry Nelson at 12:58 PM No comments:

Email ThisBlogThis!Share to TwitterShare to FacebookShare to Pinterest
Labels: After the dinner

Feast of Our Lady of Kibeho 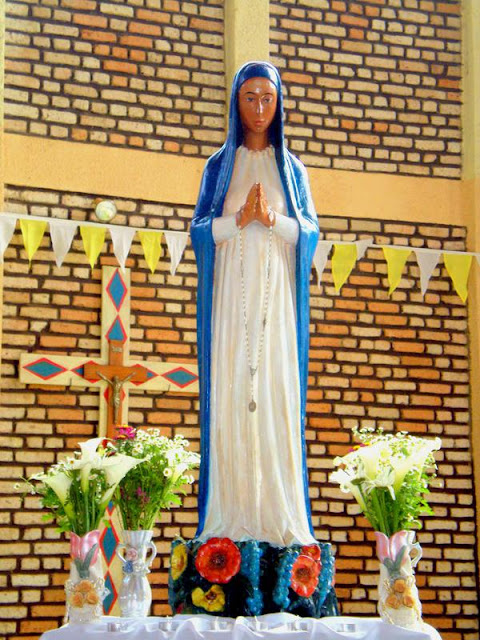 The feast day of Our Lady of Kibeho is November 28,
the anniversary of the initial apparition to Alphonsine Mumureke in 1981.

"Although I am the Mother of God, I am simple and humble. I always place myself where you are. I love you as you are. I never reproach my little ones. When a child is without reproach in front of her mother, she will tell her everything that is in her heart. I am grateful when a child of mine is joyful with me. That joy is a most beautiful sign of trust and love. Few understand the mysteries of God's love. Let me as your Mother embrace all my children with love so that you can confide your deepest longings to me. Know that I give all your longings to my Son Jesus, your brother." - Our Lady to Alphonsine

Posted by Terry Nelson at 11:06 AM No comments:

Email ThisBlogThis!Share to TwitterShare to FacebookShare to Pinterest
Labels: Joy of all who sorrow

The Medal of the Immaculate Conception. 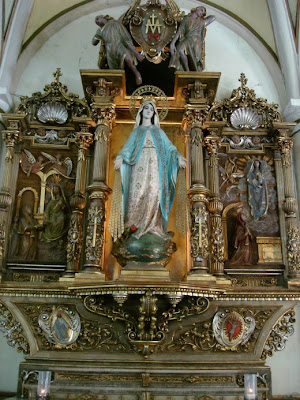 Today is the feast day of Our Lady of the Miraculous Medal.

November 27 marks the feast of the Miraculous Medal, otherwise known as the medal of the Immaculate Conception. Though the feast honors the Immaculate Conception of the Blessed Virgin Mary, the memorial commemorates the anniversary of the apparition of the Mother of God to St. Catherine Laboure in Paris in 1830, wherein Our Lady showed the nun the medal she wished to be made for those to wear seeking her aid and protection. The Blessed Virgin spoke to Catherine: “Have a medal struck upon this model. Those who wear it will receive great graces, especially if they wear it around the neck.” Countless miracles followed, hence the name, the Miraculous Medal. The story here.
.
"O Mary conceived without sin, pray for us who have recourse to thee."
.
In 12 days the Church celebrates the Solemnity of the Immaculate Conception.  On the 10th, the feast of Our Lady of Loreto.  On the 12th, Our Lady of Guadalupe. 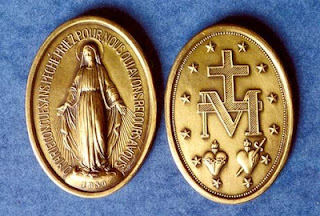 Posted by Terry Nelson at 11:06 AM No comments:

For the Record - Pope Benedict on Pope Francis 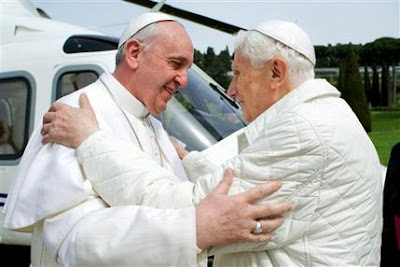 Benedict: No, but he did write me a beautiful personal letter which I received along with the exhortation, in his tiny handwriting. It is much smaller than mine. In comparison, my handwriting is huge. Which is hard to believe. Yes, very. The letter was very endearing, and so I did get his apostolic exhortation in a way that was special. And it was bound in white, as it normally is only for the Pope. I am currently reading it. It is not a short text, but it is a beautiful one, and grippingly written. Certainly not all of it by himself, but much of it is very personal.
Seewald: Some commentators have interpreted this exhortation as a break, particularly because of its call for the decentralization of the Church. Do you detect a break from your Papacy in this programmatic text?
Benedict: No. I, too, always wanted the local churches to be active in and of themselves, and not so dependent on extra help from Rome. So the strengthening of the local church is something very important. Although it is also always important that we all remain open to one another and to the Petrine Ministry – otherwise the Church becomes politicized, nationalized, culturally constricted. The exchange between the local and global church is extremely important. And I must say that, unfortunately, those very bishops who oppose decentralization are those who have been lacking in the kind of initiatives one might have expected of them. So we had to help them along again and again. Because the more fully and actively a local church itself truly lives from the centre of faith, the more it contributes to the larger whole. It is not as though the whole Church were simply dictating to the local churches: what goes on in the local churches is decisive to the whole. When one member is diseased, says St Paul, all are. When, for example, Europe becomes poor in faith, then that is an illness for the others as well – and vice versa. If superstition or other things that should not occur there were to fall in upon another church, or even faithlessness, that would react upon the whole, inevitably. So an interplay is very important. We need the Petrine Ministry and the service of unity, and we need the responsibility of local churches.
Seewald: So you do not see any kind of break with your pontificate?
Benedict: No. I mean, one can of course misinterpret in places, with the intention of saying that everything has been turned on its head now. If one isolates things, takes them out of context, one can construct opposites, but not if one looks at the whole. There may be a different emphasis, of course, but no opposition.
Seewald: Now, after the present time in office of Pope Francis – are you content?
Benedict: Yes. There is a new freshness in the Church, a new joyfulness, a new charisma which speaks to people, and that is certainly something beautiful.
Benedict XVI, Pope. Last Testament: In His Own Words (Kindle Locations 720-788). Bloomsbury Publishing. Kindle Edition.
Posted by Terry Nelson at 11:54 AM 1 comment: