Saturday detention: Posting on Facebook and something about Vincenzo Paglia

Editor's note: Posting on FB is easier than posting to the blog.  I can just link to an article or share another post and add a brief comment or two.  On Blogger I have more to format.  Anyway - that's probably why I haven't been blogging as much.


Today's controversy centers around Archbishop Paglia once again.  Even Janet Smith's mouth dropped over the LifeSite article which comes close to accusing the Archbishop of heresy.  These people are biased against Paglia (and of course Pope Francis) and LifeSite feeds into that bias.

They are apparently scandalized by the following remarks which LifeSite suggests is at variance with Catholic teaching:


According to Paglia, there is only a “domestic church” through unity with other families within the Church.

“You are a domestic church by uniting yourself to other families,” said Paglia, who added that the family shouldn’t have “one center,” and “for this purpose, it’s better to have two centers: the parish and the family.”

“This is of decisive importance for me,” said Paglia. “For example, what do you do with a believer who is alone? Is he excluded? No, he’s not excluded,” because he has the “family of Sunday.”

“Those who aren’t married? My family isn’t that of my mother and father . . . the true family is the family of the Church. Those among the elderly who are alone, they cannot remain alone in our houses. On Sunday they have to come to the Church, to the Mass of the community,” he continued. - LifeSite


To insure the character assassination is complete, the author concludes the article by noting the 'homosexual'  influence in the mural commissioned for his diocese.


Cardinal Burke's words certainly could be better applied to LifeSiteNews as well:  They're part of the problem when it comes to “increasing the confusion” on the “most fundamental and important issues.” 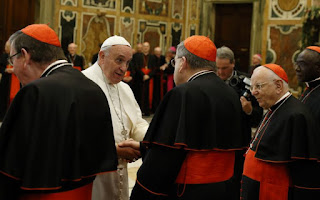 The Cardinal has had opportunities to speak directly
to the Pope and hasn't.  He gives interviews
and addresses conferences instead.

He says he supports the Pope and then turns around suggesting His Holiness is an apostate.

He's kind of a trouble maker I think.  Protests too much, maybe?  What?

Cardinal Raymond Burke has said Pope Francis is not only “refusing to clarify” the Church’s doctrine and discipline but also “increasing the confusion” on the “most fundamental and important issues.” - Edward Pentin


Actually, I think Burke, Pentin, NCRegister and EWTN are the ones to blame for increasing the confusion. 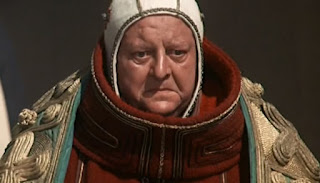 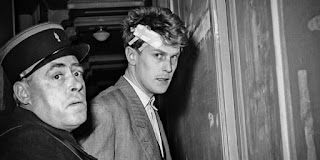 Lord, give us light.How hard it is to love someone who does not love you,to open to one who does not knock,to give health to one who enjoys being sick  who cultivates illness...Have pity on those who have  no pity for themselves. - JF


Tomorrow, April 6 is the birthday of Jacques Fesch.

Jacques Fesch, was a sort of Parisian 'playboy' who bungled a robbery and shot and killed a policeman in the getaway. In prison, Fesch was converted, through the influence of St. Therese - the little saint who specializes in the conversion of sinners, 'welcoming them and eating with them' - 'at the table of sinners'. Fesch was condemned to death and guillotined for his crime. After his death people called him a saint, and eventually his cause was opened by the Cardinal Archbishop of Paris. [More information here.]Imagine. A murderer proposed for canonization? This public sinner died with a reputation for sanctity. The French police union protest and condemn the very notion.  Yet it is repentant sinners who are canonized. The Good Thief was one of the first - on the deathbed of his cross no less.

"It is only recently that I have come to understand the meaning of the cross. It is at once prodigious and atrocious: prodigious because it gives us life, and atrocious because if we do not accept to be crucified all life is denied us. This is a great mystery, and blessed are the persecuted." - Jacques Fesch 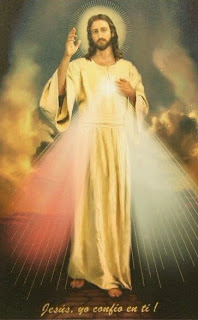 Email ThisBlogThis!Share to TwitterShare to FacebookShare to Pinterest
Labels: Saints of Divine Mercy

I'm not sure why I don't care about stuff.  I just don't.

I love today's Gospel.  The disciples on their way to Emmaus.  Their hearts burning within them.  He told them how foolish they were to be downcast.  Then ... They recognized him in the breaking of the bread.

I love Him in the Blessed Sacrament!

Nothing to worry about. 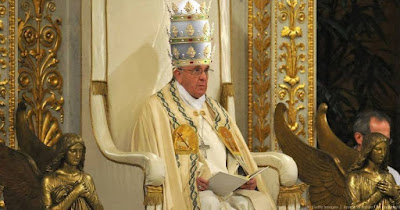 Can't these anti-papists be more original than that?

Please share!
Posted by Terry Nelson at 12:00 AM 3 comments: 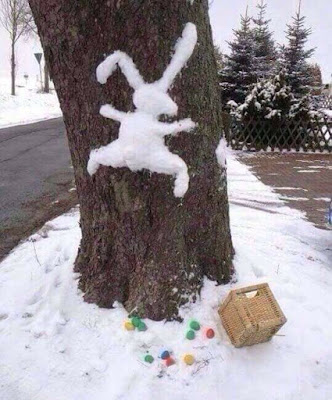 Such a strange Easter.
Posted by Terry Nelson at 12:26 PM 2 comments:

Posted by Terry Nelson at 12:00 AM No comments: 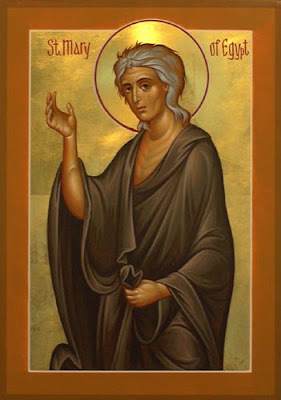 St. Mary of Egypt
I keep her feast on April 2,
Other sources say April 1
while the Orthodox observe
the 5th Sunday in Lent for her.


I'm not sure but my email may have been hacked so I reset my password for everything and closed my Etsy shop.  I had a good collection set to launch for the shop but something told me to close it.  Not sure what I'll do with the new art.

Anyway.  Yesterday I realized I'm not quite myself.  Not sure what is going on, if anything.  I'm not worried.

Email ThisBlogThis!Share to TwitterShare to FacebookShare to Pinterest
Labels: Tired of it 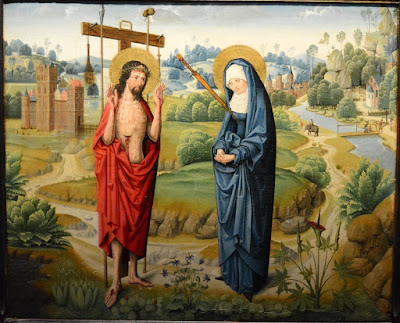 Jesus appears to his Mother on the First Day of the Week
Meister des Aachener Marienlebens, Köln

Happy Easter to all!