Thoughts in time of pandemic. 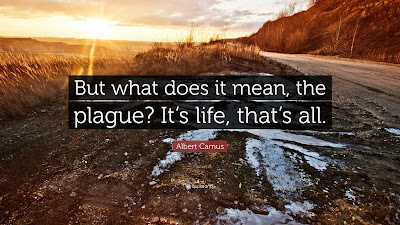 “You would be very ashamed if you knew what the experiences you call setbacks, upheavals, pointless disturbances, and tedious annoyances really are. You would realize that your complaints about them are nothing more nor less than blasphemies - though that never occurs to you. Nothing happens to you except by the will of God, and yet [God's] beloved children curse it because they do not know it for what it is.” - Jean-Pierre de Caussade
Posted by Terry Nelson at 2:54 PM No comments:

Blog Update - In Time of Pandemic

I write about it on FB and neglect the blog.  Why?  Because it is easier to link to sources.  Although I wrote the following without links - so I'll publish it as is.

It's weird how the anti-papists seem to be turning on one another. It's like a soap opera.

Church Militant charging the SSPX with sheltering pedophiles. CM in trurn threatened by SSPX defenders. Christine Niles reprimanded by Steve Skojec, while another site accuses Michael Voris of catering to gay-Milo. It's kind of nuts. Their followers' comments are even worse - actually hateful - esp. concerning Voris and his reputation.  Ann Barnhardt is still in the fray as well.

In his recent interview, Vigano said something about how the masks are falling off during the pandemic, that would be the only point I could agree with him on. The infighting among these groups appears to be getting worse. Wasn't it Michael Matt of The Remnant and Fr. Z who called for 'uniting the clans' a few months ago?

They are all so focused upon corruption and lust, digging up dirt on churchmen, while mean-spiritedly exposing the faults of anyone who opposes them. In doing so, they have set themselves up as prosecutor and judge.