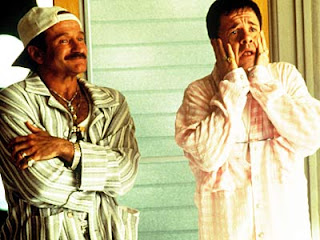 From LIFENEWS.COM:
"New research conducted by doctors in England shows that unborn children can face emotional stress during a pregnancy as the baby's mother faces stress herself. Pro-life advocates say the study has implications for abortion as society learns more about the amazing development of children before birth.
The British Royal College of Obstetricians and Gynaecologists released the results of the study on Thursday and says that unborn babies as early as 17 weeks into pregnancy suffer from stress.
The stress results when hormones transferred from anxious mothers reach the baby through the placenta." - "Unborn babies face emotional stress during pregnancy"
Makes sense to me!
I'll bet that is what happened to me! (Why I am so nuts, that is.) My mother was kind of nuts, divorced-remarried-to-my-wife-beater-dad, she had been a Roman Catholic nun-wanna be in her youth, laden with guilt and fear that she was going straight to hell because of getting married outside the Church and giving birth to a bastard. Fighting and drinking was a growing problem in that marriage, thus it must have been rather stressful.
Of course, after birth - that's a good name for me! - things did not get much better. My dad's mother, grandma - as we liked to call her (she was nuts too), tried to kidnap me out of my mother's arms, in a big scene in downtown New Richmond, Wisconsin. (My mother won.) Nevertheless, as years went on, her depression and drinking got worse, as did my dad's, and there were a lot more fights.
So yeah, stress probably does affect the unborn child, maybe prepares him for a stressful life. This new, groundbreaking study, similar to those which say that fetus thing can feel pain too, is maybe going to affect the abortion mentality - so the pro-life advocates and researchers claim. I'm wondering if Planned Parenthood will simply turn this around and and use it as another excuse to abort, fearing that infants with emotional damage will not make very good prospects as adults.
Sometimes, when I grow impatient with the abortion thing, I'm tempted to agree with the views of Nathan Lane's character in the "Birdcage", playing the role of Albert, dressed up as Mrs. Coleman. When discussing abortion with Senator Keeley, he/she replied, "Well, why not just kill the mothers? - Oh, I know what you're going to say. 'If you kill the mother, the fetus dies too.' But the fetus is going to be aborted anyway, so why not let it go down with the ship? "
Have a nice day!