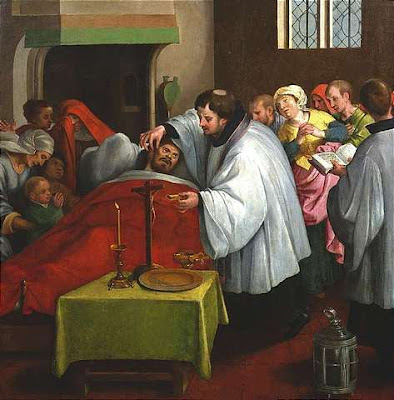 Divine Mercy has broken through all barriers.

I was stunned and disappointed this morning when a friend on FB informed me that her son, a priest, was unable to get into the hospital to annoint a dying patient.  He had been trained for the correct use of PPE and was ready to go.  Hospital staff refused him entrance.  The priest was saddened and deeply concerned.  Her comment on one of my posts moved me deeply.

I have been praying the Divine Mercy novena for all of those suffering from COVID-19, and most especially the dying.  I hope to pray even more for the dying - especially those dying without access to the sacraments. 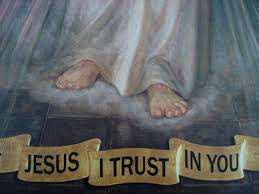 I have learned over the years, from monks and nuns, that our prayer is not bound by time and space.  Like the saints, we too can ask our angels to go here or there.  In extreme cases, I ask Our Lady, Queen of Angels to permit my angel to attend to those I pray for.  I have learned to always unite my prayer with others - the entire Church, to be correct.  S. Teresa Benedicta of the Cross wrote that all prayer is united to the prayer of the Church.  I believe it is especially so when we unite our prayer to the silent, loving action of Jesus in the Holy Eucharist - while all our intentions and actions are bound to the offering of Himself in the Holy Sacrifice of the Mass.  My point here is to explain that we can be at the side of the dying in spirit, through prayer and uniting our prayer to Christ.  Catherine of Siena wrote something of how even while we are alone, we can recollect senses, our soul and become as it were, that 2 or 3 gathered, which Christ promised to be in the midest of.  Hence we are not alone in our prayer and its reach is not limited.  It's best not over think it, just believe the Holy Spirit makes our every prayer efficacious.  (Remember I'm not a theologian, so my abilities to explain this are limited.) 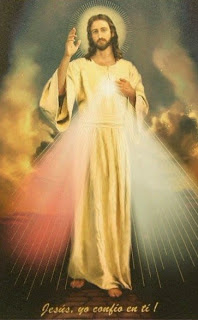 The point is to pray for the dying - those most in need of mercy, as Our Lady taught at Fatima, recommending the addition of that particular prayer to the rosary.  Likewise, our Lord promised a special efficacy to the prayers of the DM chaplet - especially in the presence of the dying.  (Which is why I placed so much emphasis on how we can be present in spirit to those dying alone, without the sacraments.)  I will continue to pray the rosary and the chaplet for the dying, even after Divine Mercy Sunday - I hope many people will do so.

If we can't perform works of charity, or visit the sick, we can pray and offer spiritual care, depending solely upon the merits of our Lord who is greater than the sacraments.  As St. Paul tells us, His power at work in us can do infinitely more than we can ask or imagine.

Links:
The Divine Mercy Chaplet.
Prayers for the Dying
Posted by Terry Nelson at 12:02 PM 4 comments:

Email ThisBlogThis!Share to TwitterShare to FacebookShare to Pinterest
Labels: Divine Mercy in time of pandemic

"This is the one whom I approve: the lowly and afflicted man who trembles at my word." - Isaiah 66: 2 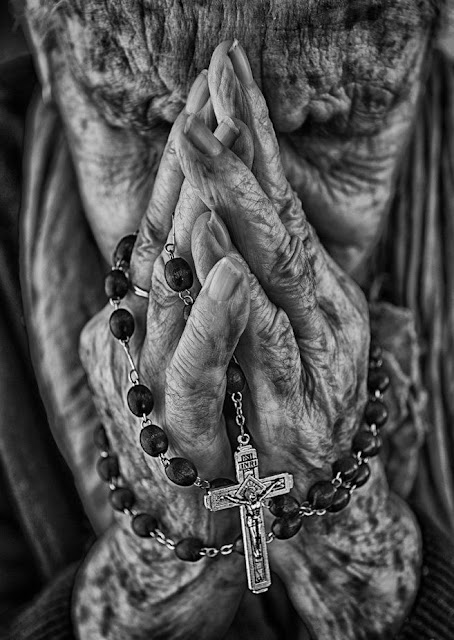 Posted by Terry Nelson at 1:19 PM No comments:

COVID-19 and prophecies - tying them all together. 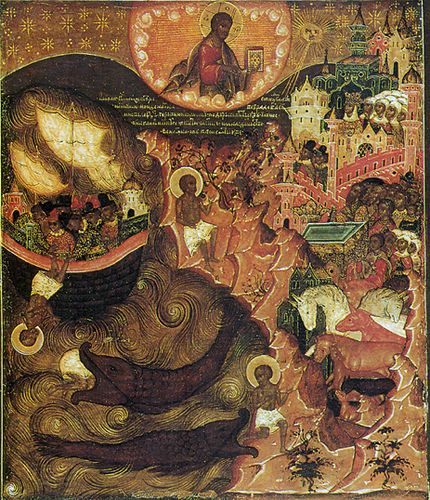 The chastisement is here.

Of course it is.  In what other terms could a pandemic be described?  But is it 'The' chastisement, and does that precede the warning?  I thought it was the other way around?  Sorry, I'm being facetious.

Fr. Heilman is writing about it, using Fr. Scanlon's research tying events together since the Leo XIII St. Michael prophecy.  Connecting all the supernatural events which took place on the 13th of the months over the years, which also line up with Fatima's prophecies - especially those associated with the third secret.

Likewise, Emmett O'Reagan of Unveiling the Apocalypse has posted his calculations and research on these current signs of global importance, pretty much connecting the same dots.  Emmett takes it right to the heart of things, deciphering the Book of Revelation, the opening of the seals and the great silence in heaven.  Pretty much based upon the fact that Mass in the Basilca of St. Peter was celebrated without a congregation.  Just like most churches around the globe, due to the temporary quarantine due to the Coronavirus.  Mass, the liturgy, has not been silenced, has not been suppressed.

I suppose there is nothing wrong with this sort of speculation, it may help some to a deeper repentance and devotion.  But I'm not sure of how credible these 'scholars' are in their calculations, nor what it all means?  So we connect dots, dates and locutions, then what?  We are experiencing something dark, something that brings people to their knees.  Blaming the pope, the bishops, for this or that failure as the rason for the chastisement - how does that help anyone?  Blaming groups of sinners, or suggesting everything is a punishment for the changes in liturgical traditions in the Latin Rite - then why do non-Catholics, non - Christians, and the rest of the world suffer the consequences?  Don't answer those questions for me.  It doesn't matter.

Similarly, dubious apparitions, with their catalog of secrets yet undivulged, fascinate the curious, despite all the problems and evils the world has seen since those visions first began.  (I'm talking about Medjugorje and Garabandal.)

Silence in heaven, indeed.  "One Word the Father spoke and this He spoke in eternal silence."

As for the sign of Jonah, "A wicked and adulterous generation asks for a sign! But none will be given it except the sign of the prophet Jonah."  This week, we see that sign clearly in the Resurrection of Christ:

Email ThisBlogThis!Share to TwitterShare to FacebookShare to Pinterest
Labels: Prophecies in time of pandemic

Must be an Easter Miracle... 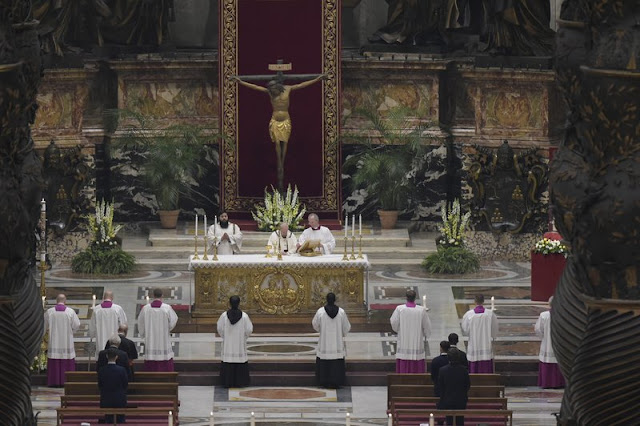 Remember the Miraculous Crucifix which was left out in the rain and afterwards was said to have 'exploded' and was ruined?  That was according Church Militant.

It reappeared for all the Pope's liturgies throughout the Triduum - it looked wonderful.  No doubt the sacred relic proved to be miraculous once again - must be an Easter miracle.

Happy Easter to all my friends and family.  Hi Nan!
Posted by Terry Nelson at 5:08 PM 6 comments: