All are made drunk from the cup of the whore of Babylon... 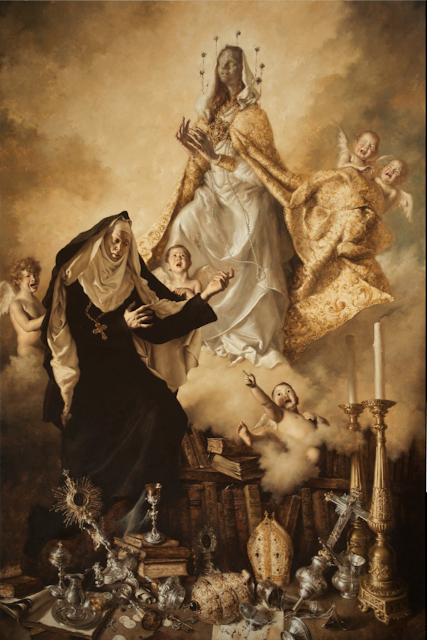 The miseries of the Church.

As a sort of follow up to my post yesterday, and as a kind of contradiction to those online opposed to exposing the latest priest and bishop using social media to hook up for sex, I want to share a 2010 Christmas address by Pope Benedict to the Roman Curia. In his extensive greeting, the Holy Father laments that amongst the great tribulations of that year, the worst seems to have been how the priestly sexual abuse scandal went global - right in the middle of the Year of the Priest.  (I wonder what he thinks today?)

What is happening cannot be dismissed as homophobia just because vocal elements on Catholic social media are engaged in creating a sort of moral panic over every revelation of sexual activity or misconduct.  It is much deeper than all of that.  I've been so perplexed by how otherwise holy men and religious personages could engage in habitual sinful behavior, as well as somehow justify the behavior, while living what we've all considered an exemplary life.  I'm thinking of Jean Vanier, his spiritual directors, and even McCarrick and others.  What kind of spirituality admits sexual affections within a celibate, chaste life?

It may be too simple, yet it seems to me, a key to understanding it may be Pope Benedict's conclusion: "Anything can be good or also bad, depending upon purposes and circumstances. Morality is replaced by a calculus of consequences, and in the process it ceases to exist. The effects of such theories are evident today."