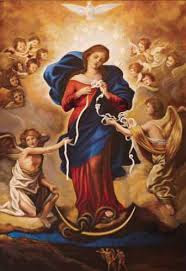 Everything is screwed up.
Yesterday, I ran into a woman I know at a local grocery store.  She's the mother-in-law of a guy I used to work with.  They are rather well off, they have a place in Cape Cod, where they recently vacationed - during the 'scamdemic'!  She kept pulling down her mask to talk to me and kept edging closer and closer, to let me in on her information concerning the state of the city and the hoax, that is COVID-19. Explaining that it's all a scam and we are being controlled and lied to by CDC, Fauci, and health departments everywhere - oh - and the media.  She boasted she only wears the mask because stores require it.
She and her family are Traditionalists, exclusively attending the EF Form of Mass.  She and her family, especially her son-in-law are very well educated, studied at the Gregorian, and so on.  I got the impression from the mom that she would very much agree with a local priest, Fr. Altier, and his take on the pandemic and the agenda of Globalists to control and suppress*. She started talking about all the stuff going on in Minneapolis after Gearge Floyd's death, insisting there is 'no racism here - never has been' - blaming 'them' for 'taking advantage of our tolerance'.  She's a nice lady, totally unaware of how loaded with 'benevolent elitism' were her comments.
Later, last evening I checked her son-in-law's FB page and some of her other contacts - they all appear to agree with her. They are nice people. Some of their friends, whom I know as well, were 'birthers' before Trump was elected. They believed Obama wasn't a citizen. Not only do they seem to ascribe to the Fr. Altier* narrative, I expect they agree with Archbishop Vigano's conspiracy theories** as well. Like I said, they are really nice people, very good people. Well educated, well to do, attend the Extraordinary Form of Mass, homeschool, and so on. So you know they are special, and not at all like the rest of the ordinary form of humanity who live in Minneapolis, believe the science/doctors who contradict the Trump administrations claims that the virus isn't a threat, and guidelines that the shutdowns and mandates to wear a mask and socially distance are a hoax.
The Trump administration is largely responsible for the claims of fake new, fake stats, and much of the fear mongering.  The followers of Burke, Vigano and other important, albeit retired religious figures are responsible for the epic disrespect and mistrust of the Holy Father and the bishops in communion with him. Certain priests and religious are responsible for promoting distortions of private revelations and so-called locutions by dubious mystics to support conspiracy theories which have come back with a vengeance.   I can't help recall the words of Our Lord regarding such widespread deception, A lot of people will be led astray - 'even the elect, if that were possible.'  Although, those convinced of their own righteousness while despising everyone else, may be a tad more vulnerable.  Just saying.
Here is an excellent prayer in these times:

“Holy Spirit, inspire me. Love of God consume me. Along the true road, lead me. Mary, my good mother, look down upon me. With Jesus, bless me. From all evil, all illusion, all danger, preserve me.”﻿- St. Mary of Jesus Crucified, OCD

Letter includes MN Health Department refutation, resources on ethical vaccination development
Priests should not use homilies to “present medical or scientific speculation,” Archbishop Bernard Hebda wrote in a Sept. 22 letter to Catholics in the Archdiocese of St. Paul and Minneapolis, responding to a homily Father Robert Altier gave at St. Raphael in Crystal Sept. 6.

**Archbishop Carlo Maria Viganò said the 2020 presidential election presents Americans with a “biblical” challenge “against the demonic forces of the deep state and against the New World Order.”

UPDATE:  Fr. Altier was interviewed here:  LifesiteNews Bishop Rebukes Priest.  Even a couple of experts defending him say Fr. A got some things wrong, and there is a subtle criticism that Hebda consulted the Minnesota Health Department, because some of their policies contradict Catholic teaching.  What can I say?