Catching-up - The Catholic Man-Crisis and The Great Reset 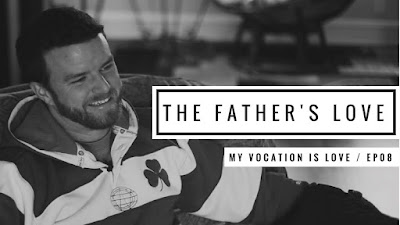 Fr. Jim Cosgrove before he was ordained a deacon.
Kind of.

I haven't posted much because I've been busy and it is easier just to post links on FB with a comment of two.  My title for this maybe misleading, since I have no intention of writing a great deal on these subjects - but I am catching-up with blogging.

I consider it a sort of business - even though it's part of a big apostolate online and in many American dioceses. I've read some good things, I know there are wonderful spiritual talks on the subject - with the Year of St. Joseph offering more profound spiritual dimensions to the work.  It's just that, I don't know, what makes a Catholic man a manly man?  Sports?  Beer? Guy's on a camping trip?  All the things bears do when they go hunting or hiking?  Dressed in Army fatigues, cowboy hats, big beards, plaid flannels, drinking whiskey shots before and after the rosary?  Because if you watch a lot of
Youtube, that's what it looks like - window dressing for MAGA Catholic men.  It reminds me a bit of how to raise your son so he doesn't turn out gay.  Load him down with masculine interests and activities, especially sports and he'll turn out fine.

How to fix the Catholic 'man-crisis'.
Like I said - it's an apostolate now.  A business.  A beard, for at least one guy, a priest named Fr. James Cosgrove.  As a young, good-looking, enthusiastic priest, he was in the perfect position to exploit the crisis.  Men are so naïve, so caught up in machismo.  Just like gay men.  Gay men are attracted to what?  The same sex - they like men, real men.  What better scenario than to minister to men, to help them come to terms with their masculine vulnerability, acceptance of their sexual being, to dealing with their inhibitions and fears and of course - sexuality.  Be it same-sex attracted or opposite sex attracted or consecrated to God attracted.

Cosgrove on The Catholic Man Show.
Here's the story on Fr. Jim.
It's similar to how former Cardinal McCarrick operated.  It also could have happened to me, since I used to get similar invites - but didn't go because I knew what they wanted.
"Three former seminarians say Cleveland diocesan and seminary officials failed to respond appropriately, after Fr. James Cosgrove allegedly pressured them to take naked swims with him at a lake house and other locations, couching the invitations in both spiritual language and excessive alcohol consumption.
One seminarian also said the priest took nude photos and videos of him without consent.
The former seminarians say they were harassed and manipulated in 2019 by Cleveland priest Fr. James Cosgrove. They also allege that after they reported the misconduct and it was investigated, the priest still had access to seminarians, and a key to the seminary.

While the priest resigned from ministry this month, the former seminarians say that seminary and diocesan officials left other seminarians at risk of abuse from the priest, and have not listened seriously to their concerns.

Former Cleveland seminarian Nick Grismer told The Pillar that in June and July 2019, Cosgrove pressured him into skinny-dipping at the seminary’s swimming pool, and at a lake house owned by a diocesan priest. Cosgrove also took nude photographs without his consent, Grismer alleged.

He said the priest exploited their close relationship and his trust, encouraging him to drink heavily, even when he knew that Grismer struggled with alcohol abuse - on one occasion, the seminarian got so drunk with the priest that he says he cannot recall what happened.

Grismer also alleges that the priest abused his religious influence to coerce and manipulate him.

When urging him to skinny-dip, Cosgrove would tell Grismer to “be free before God,” or “be naked before God,” the former seminarian claimed." - The Pillar
Cosgrove wasn't attached to the seminary, so it isn't a clear case of abuse.  He just visited.  The diocese doesn't think much of it either: "While the Cleveland diocese told The Pillar Thursday that the matter “does not involve any conduct that could be reasonably considered to be coercive [or] harassing,” one former seminarian called that response stunning." Which suggests to me, it's not unusual to have something like that happen - boys will be boys or men, if you will.
Which is what I find to be rather humorous.  Not every abuse is actual abuse - the seducer might be designated a perpetrator, stalking for prey, but in this situation, it just sounds gay.  Cosgrove was manipulative, the guys were manipulated, but still, nothing really happened - I'm not getting any victim vibe here.  They got drunk, they took off their clothes.  Blowing the whistle and making it public - well that took care of it, despite no punitive action from the seminary or the diocese.  Fr. Cosgrove left ministry on his own.  How he got ordained is a good question, but people can hide behind a lot of things.  They can hide behind a pious façade, behind a manly-man façade, a 'just a guy' jock type of façade.

Jack from Will and Grace wants the ex-gay
group leader to 'hit the showers'
with him.
Call it 'masculine vulnerability'
Men like men.  It's natural.  Men know how to be masculine.  It's normal.  Most men are normal - even those who find other men handsome and easy to get along with and who want to be friends with them.
Homosexuality has scared so many people, they no longer know how to deal with it. Before it became acceptable, it was feared, now that it's all in the open, it's feared even more.  Leaders and spiritual directors of men's groups promote gender/cultural-stereotypes of masculinity to defeat it.  The men  want their beer, their guns and their beards to make sure they can be identified as real men.  The leaders and directors developed a spirituality suited only for men, to make sure they are doing it right.
I can't put my finger on it, but I think it's kind of a cult in the making.  I could be wrong - in the meantime, I'll look for the humor in it.
Oh!  Look at the time - The Great Reset will have to wait.  Don't press that button without me. 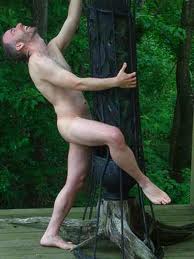 "There's something about nakedness in the male psyche — and now I've studied initiation rites — it's universal. The boy always gets naked, as you see in the sweat lodges, too." - Richard Rohr