The kids and Halloween... 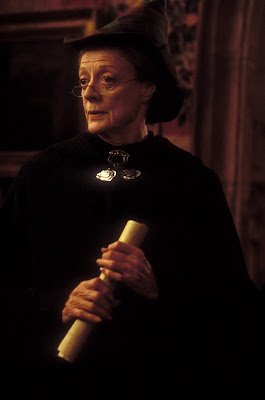 Both Aggie and Celine are already excited about Halloween. We were out shopping this morning and all of the stores already have everything out for the big holiday. So the girls are busy planning their costumes.
Aggie hasn't made up her mind as to what she'll be yet, but she is thinking of dressing up as The Crescat - you know, Carolina Canonball, but Kat seems to have lost her format on her blog and Agnes can't find the picture she wants to dress up as. Her second choice is to dress up as Professor McGonagall's cat, Animagus - from Harry Potter of course.
While Aggie is clever, Celine is a bit more creative. Last year she was Filch's cat, Mrs. Norris, but this year she wants to dress up as Harry Potter's owl, Hedwig. I like that idea.
The holidays come so fast, don't they?
Posted by Terry Nelson at 11:27 AM 3 comments:

Email ThisBlogThis!Share to TwitterShare to FacebookShare to Pinterest
Labels: The adventures of Agnes and Celine 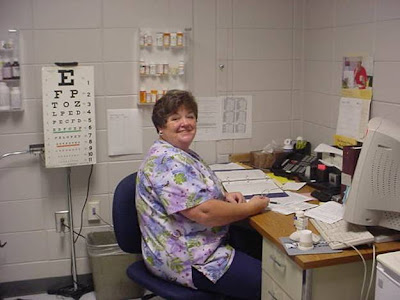 Everything was going fine until I get this call from the School Nurse. She called to inform me that she is concerned that both Agnes and Celine have an eating disorder. (I don't know how she can know this after only two weeks in school.) She explained it to me.
The nurse, Mrs. Buddig said the other kids have noticed that Aggie throws up after she eats anything, and since she is so much thinner than Celine, the nurse believes Aggie has bulimia. On the other hand, she said Celine eats all of the time, even in class, and she is overweight. Duh! I knew that.
I said, "My dear Mrs. Buddig, I know the eating habits of my kids and there is nothing wrong with them. Aggie throws up because she doesn't want to get fat like Celine. Celine just likes to eat - it's all baby fat and she will loose the weight when she feels like it. There is nothing wrong with my girls."
Mrs. Buddig answered, "Mr. Nelson, there is obviously something wrong with your girls and I strongly recommend you get a doctor's advice on the matter."
I just said, "Yeah, Okay - I'll take care of it." and I hung up. I think there is a prejudice against single dads at that school.
(Photo: Mrs. Buddig - she should talk.)
Posted by Terry Nelson at 12:16 PM 10 comments:

Email ThisBlogThis!Share to TwitterShare to FacebookShare to Pinterest
Labels: The adventures of Agnes and Celine

I knew this family. 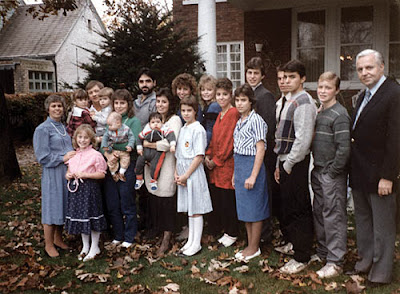 The cause for sainthood has been opened for the mother of this family, Gwen Coniker. I certainly believe it is warranted.

Email ThisBlogThis!Share to TwitterShare to FacebookShare to Pinterest
Labels: Saints

Candidates for the Presidential Nomination 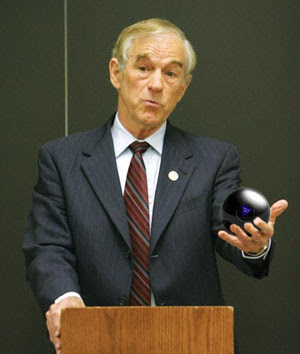 Do you know who they are?

I commented on another blog that few people have even heard of some of the more conservative candidates, such as Ron Paul, or Sam Brownback and so on. If it wasn't for certain blogs and conservative websites, I would never know who these guys are. Most people get their news via popular media, especially network news, and these guys get barely a mention. I imagine if some of them get a large enough following, their views may influence the platforms of the only two significant political parties in this country, although I have to wonder about that as well.
I'm reminded of Ross Perot, who made a decent enough showing at the polls several years ago, but that was the extent of it. Does anyone remember him?
[Photo: Ron Paul]
Posted by Terry Nelson at 11:11 AM 4 comments: