The Wild lost their season opener tonite too.

People do not want me to talk... 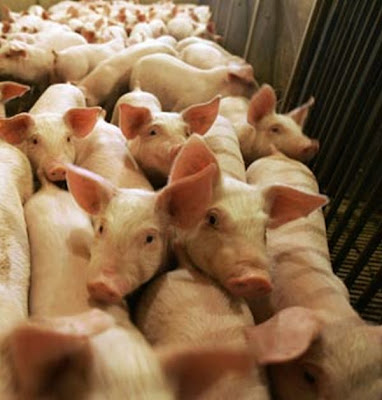 I just got this email:
.
I read your latest piece.

RE: scandal- is it not scandalous to live with another man and yet rail endlessly about the gay agenda and the lavender mafia?

You said you don't take scandal lightly- can you see the scandal you could potentially cause your gay brothers and sisters who strive for theosis (and who don't, by the way, at least in my case, live with a man)?

I think the best thing Fr. Z ever put on his blog was a comment verifier- "Think before you post."

(I say this all in love, even though my hands are shaking.)

Tell me what is wrong with sharing a house with a friend who happens to be a man? Don't sink too low (name withheld) - other people have tried to threaten me with this as well.

UPDATE: Thanks to all who commented on this post, I very much appreciate what you have had to say. Nevertheless, I decided not to publish comments so as not to make this into a big deal or cause any more offense to anyone. God bless each of you. Thanks. 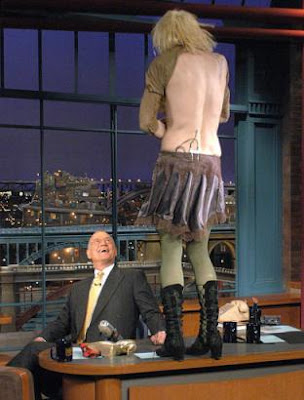 Who cares? What does one expect from a man like this?
Posted by Terry Nelson at 12:19 AM 5 comments: 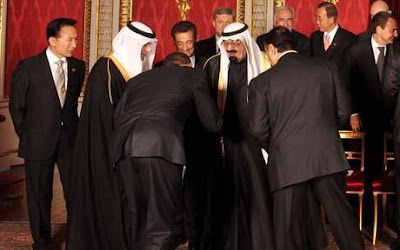 No Olympics for Chicago, USA.
.
Obama and his wife, Michelle, had taken their star power to the Danish capital to make Chicago's case, ignoring the carping from Republican opponents who charged it was a bad time to go with foreign policy challenges in Iran and Afghanistan and the U.S. Congress bogged down in a domestic healthcare debate.
.
"I'm asking you to choose Chicago. I'm asking you to choose America," Michelle Obama told committee members.
.
Her husband said, "If you do, if we walk this path together, then I promise you this: The city of Chicago and the United States of America will make the world proud." - Story
.
Obama's is making the U.S. look weak. He ought to have stayed out of it and concentrated on his day job.
Posted by Terry Nelson at 2:01 PM 2 comments:

Another look at what scandal is and does. 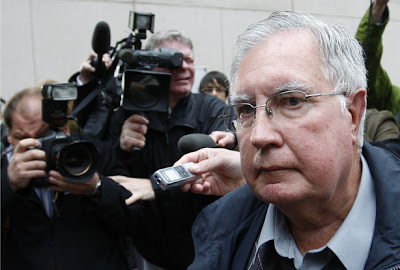 Many of us prefer the photographs of the Saint to most paintings of her, even this one painted by her talented sister Celine. But did you know that Celine modeled the expression we see here from that of how Therese looked immediately after death?
.
"...In 1905, at the urgent request of the community I painted a picture of Therese as she appeared immediately after death. For a model, I used the photo taken in the infirmary on October 1. The sisters who had been her contemporary considered my portrait a perfect likeness of our Saint. It was this picture that was published in all the editions of Histoire d'une Ame, after 1906." - My Sister St. Therese
.
A blessed feast day to all on this joyful feast of Little Therese.
Posted by Terry Nelson at 1:12 PM 2 comments: 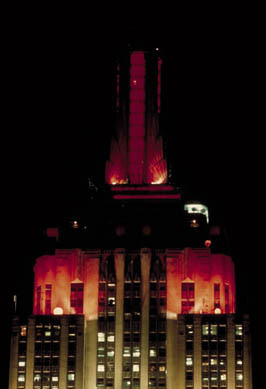 Posted by Terry Nelson at 1:09 PM No comments:

How the USCCB spends...

Why do we even have a USCCB? 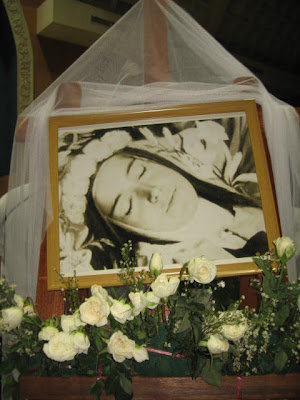 Therese of the Child Jesus and the Holy Face
.
Little Therese died on September 30, 1897 at 7:20 in the evening, after a prolonged agony. I have been reading Sr. Genevieve of the Holy Face (Celine) book, My Sister, St. Therese for my novena in preparation for the saint's feast day tomorrow. Celine was a real artist - an accomplished painter, and I think I understand her temperament. Little Therese always told her, "You are too little... to understand... or to do this or that..." and so on. I get that.
.
Once in the infirmary - just a few days ago (1897) in fact, Celine relates:
.
I had been going to and fro in the Infirmary, and became upset because something had gone wrong. Therese called, "Bo-bonne, no interior anxiety if you please!" (September 3) I can almost hear her say that.
.
Therese always knows when something is wrong.
.
Her dying reminds me so much of the death of love Our Lord suffered... today she cries out:
.
"Oh! It is pure suffering, because there is not a drop of consolation, no, not one."
.
No, I would never have believed that it was possible to suffer so much... never, never. I can only explain it by my extreme desire to save souls." (September 30)
.
Celine says, "She was trembling from head to foot..."
.
At one point she told Celine, "Va, va, ma Celine, je serais avec tois..." "Go on with courage... I shall be with you."
.
Finally, gazing on her crucifix, Little Therese cried out:
.
"Oh!... Je L'aime!... Mon Dieu, je... vous... aime!" "Oh! ...I love Him! ...My God, I ...love ...you!"
.
These were her last words.
Posted by Terry Nelson at 11:10 AM 4 comments:

Main Entry: vi·cious
Pronunciation: \ˈvi-shəs\
Function: adjective
Etymology: Middle English, from Anglo-French vicios, from Latin vitiosus full of faults, corrupt, from vitium vice
Date: 14th century
1 : having the nature or quality of vice or immorality : depraved
2 : defective, faulty; also : invalid
3 : impure, noxious
4 a : dangerously aggressive : savage
b : marked by violence or ferocity : fierce
5 : malicious, spiteful
.
So there you have it, a word I too will use on occasion and frequently misspell - I always think there is an "s" in it. I will have to remember the etymolology: visios, vitiosus: vice.
.
I used it in a post yesterday referring to homosexuals who attack the Church and manipulate Her teachings, scriptures, devotions, and liturgies to advance their agenda.

Posted by Terry Nelson at 10:35 AM No comments:

What writing does for me. 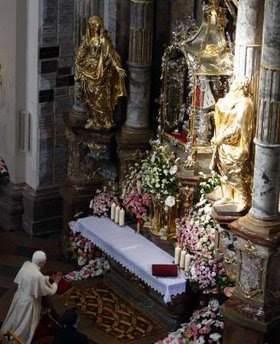 "Me too!" - said the Pope.
.
In an interview with John Allen (NCR), the Holy Father replied to a question concerning the healing of his wrist, saying he was pleased to be able to write again, explaining: "My thinking develops above all through writing."
.
That is exactly the same for me, it is the reason I write - and paint. My thinking develops above all through writing and painting - if not one, the other.
.
The Holy Father is so humble.
Posted by Terry Nelson at 12:02 AM 4 comments: 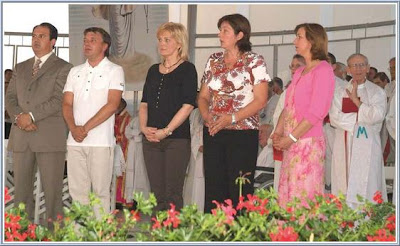 Nothing supernatural.
.
So anyway. Fr. Ray has two very good posts on the Medjugorje evangelical revival serial. The comments on the post are also very good. I almost got fooled into believing in this one.
.
Medjugorje #1
.
Medjugorje #2
.
Photo: Grownup seers of Medjugorje.
Posted by Terry Nelson at 12:06 AM 9 comments: