I have to remember this ... 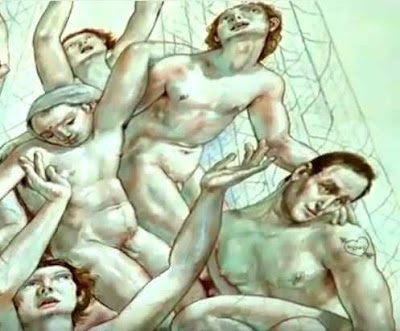 "Never be scandalized or astonished at anything you happen to see or learn of, endeavoring to preserve your soul in forgetfulness of all of that. For should you desire to pay heed to things, many will seem wrong, even though you live amongst angels, because of your not understanding the nature of them." - St. John of the Cross
Posted by Terry Nelson at 11:30 AM 1 comment:

Email ThisBlogThis!Share to TwitterShare to FacebookShare to Pinterest
Labels: I keep forgetting

For the Memorial of the Passion of St. John the Baptist 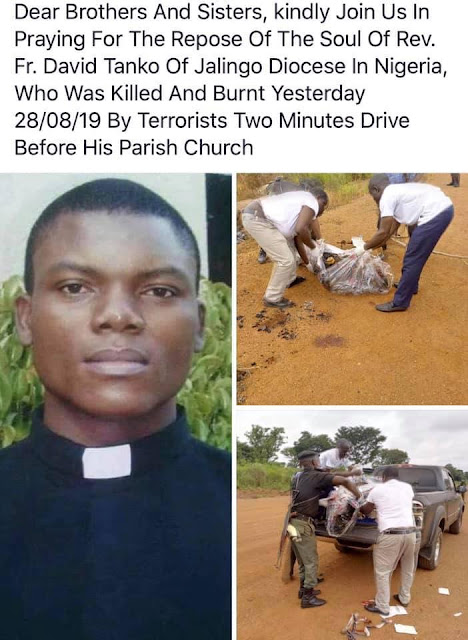 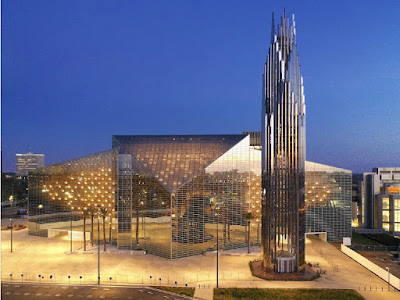 I came across an article from 1P5, posted by a friend, a critique of the renovation of Christ Cathedral, titled "The Dark Symbolism of California's Christ Cathedral", written by the well respected, Dr. Peter Kwasniewski.  In the beginning of his article, he references other notable scholars who have offered critique of the building, as well as diocesan sources for commentary on the renovation and the art.  The author in turn makes clear his intentions in his review stating:  "My goal in this article is not to cover again ground that has already been covered, but to delve into aspects of the cathedral that raise serious questions about the vision that stands behind it."

Fair enough.  I'm no expert to be sure, but even the author at the outset, makes a sort of disclaimer:

We cannot conclude with certainty that what I am about to cover is fully intentional on the part of Christ Cathedral’s designers, regardless of anyone’s pointed assumptions.  What is clear is that a choice was made to avoid normative Christian symbolism and to make use of signs associated with other religious traditions — elements that narrate a tale as shocking and scandalous as any report covering the abuse crisis. - Dr. Kwasniewski

After reading diocesan narratives, I'm not sure it is 'clear is that a choice was made to avoid normative Christian symbolism.'

I've always admired the original architect, Philip Johnson but I never detected a shred orthodoxy in his new age pavilion for Hour of Power. It wasn't protestant or Christian. The diocese seems to have been dazzled by all the 'crystal'. That said, there is plenty of Catholic-Christian symbolism within the renovated structure. 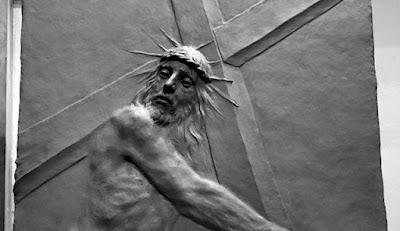 Dr. Kwasniewski's review is okay, but there's a lot of pickiness and suspicion expressed about the 'details' - as they like to say, 'the devil is in the details'.   The Masonic sanctuary comparisons have been made time and again about many modern churches as well as the Novus Ordo arrangement. In this case, it really comes across like that - but, it's nothing new.  Dr. Kwasniewski, his critique and questions, focused upon the mysteries apprehended by him, could be answered with a little research. (To be fair, he directs the reader to these links.)  It's online and the artist - like his work or not - is accessible. The stations of the cross and doors were created by Pablo Eduardo, a renowned sculptor based in Gloucester, MA. The Diocese itself has posted details on the art and architecture. 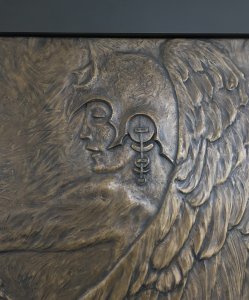 
Granted, the place makes for an ugly church by traditionalist standards, and some of the symbolism appears to be New Age, but I wonder if the angel earpiece the author links to the occult, isn't an indigenous reference, considering the Mexican influence in So. California. And don't forget, crystals are referenced in both NT and Old. Maybe the author and many Catholics are not be aware of it, but St. Hildegard wrote on the healing power and significance of crystals, and she's a Doctor of the Church.

It's fine to criticize the place on the basis of aesthetics; to not like the art and architecture, to protest the amount of $$ to renovate the place, and even to criticize the bishop, but I think it's a bit crazy to read occult messages and pagan intent into the assemblage of decorative art and sanctuary seating. 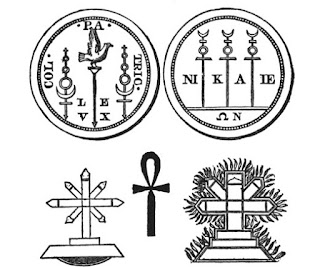 These are Christian symbols,
some predate Christianity.
Protestants and now
even Catholics think they are
pagan and/or occult.