I just don't know what to say. 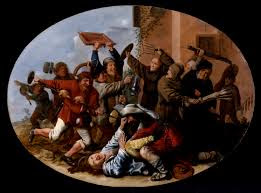 Many people are angry and trying to come up with reasons for the latest mass killings.  They want to claim this or that reason for why and how it happened.  People who think they have the solutions and all the answers - until the next one.

I'm no longer surprised by this stuff - my only surprise is that it wasn't worse.

So let's do Lent.

Oh.  I just want to mention that I'm also surprised by those priests - who hear confessions and have heard them for years - complain that they don't understand Pope Francis and what some Cardinals are saying about discernment, and so on.  Sinners get it.  The sacrament of penance is for sinners - people who sin and keep trying.  I can't over simplify that enough.  Nor can the Pope.  I don't have a lot to say about it.  One simply has to ponder it deeply.

Those who don't admit it and those who feel themselves justified and judge and condemn others, are assassins.

I've been thinking of what the Pope said last year on Ash Wednesday:


It is the time to reflect and ask ourselves what we would be if God had closed his doors to us. - Pope Francis 2017

Email ThisBlogThis!Share to TwitterShare to FacebookShare to Pinterest
Labels: Random thoughts and observations

The Holy Father will have much to suffer. 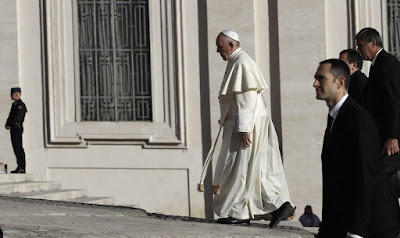 The Holy Father's conversation with the Jesuits in Chile.

Online, I noticed some photos of a near-empty piazza at the Vatican yesterday for Ash Wednesday.  I understood it as an attempt to show how unpopular the Holy Father is, as well as to contrast the size of the crowd with the large crowds who attended Pope Benedict's audiences and liturgical celebrations.  That's a very worldly way to judge this pontificate, it is very much how we treat politicians and celebrities - it is not how God judges.  Clearly, it is an attempt to shame Pope Francis.  Shame is good, however, especially for a Jesuit Pope, as Francis made clear: "we must also remember that shame is also a very Ignatian grace."

The Holy Father's message to the Jesuits in Chile is very revealing of how aware he is of all the hostility there is towards this pontificate.

There are doctrinal resistances. But for my mental health, I do not read the websites of this so-called “resistances”. I know who they are, I know the groups, but I do not read them simply for my mental health. They tell me when there is something very serious, so that I am informed about it. It is regrettable, but we need to move forward. When I perceive resistance, I try to talk, when dialogue is possible; but some resistance comes from people who believe they have the true doctrine and accuse you of being heretical. When I find no spiritual goodness in these people, for what they say or write, I simply pray for them. I feel sorry, but I will not dwell on this feeling for my mental health.

On Amoris laetitia, the exhortation dedicated to marriage and the family, the Pope said, “I believe that one of the things the Church needs most today - and this is very clear in Amoris laetitia’s pastoral perspectives and objectives - is discernment. We are used to “you can or cannot”. I, too, have received during my formation this way of thinking “so far we can, so far we cannot. I don’t know if you remember that Colombian Jesuit who came to teach us morals at the Collegio Massimo; when he talked about the sixth commandment, one dared to ask the question: “Can fiancées kiss each other? If they could kiss each other! Do you understand? And he said, “Yes, they can! There is no problem!They just need to put a handkerchief between them. This is a mindset of “doing theology” in general. A mindset based on limits. And we bear the consequences of this”. - Vatican Insider


As an aside, the Holy Father's anecdote regarding fiances kissing through a handkerchief to illustrate a theology based on limits - or how far you could go without sinning, is something people my age are probably familiar with.  For example, as a kid, our pastor always asked the boys in confession if 'touching ourselves' resulted in 'complete self-abuse?'  I had no idea what that meant and I asked one of my friends - he said that Father explained it to him pretty much as follows: 'If you have an orgasm, it's a mortal sin, but you can do it up until that point, and it's only a venial sin.'   It seems pretty ridiculous now.
Posted by Terry Nelson at 11:01 AM 8 comments:

Email ThisBlogThis!Share to TwitterShare to FacebookShare to Pinterest
Labels: anti-Catholic enemies of the papacy, Anti-Vatican II Masonic Catholic Oppostion, what?

Outside of the monastery, I have never seen it done that way in the United States.  When on the forehead, I wipe them off once back in the pew.

Email ThisBlogThis!Share to TwitterShare to FacebookShare to Pinterest
Labels: anoint your head and wash your face

So many people are complaining, re-examining why Pope Benedict abdicated - and pretty much condemning him for it. 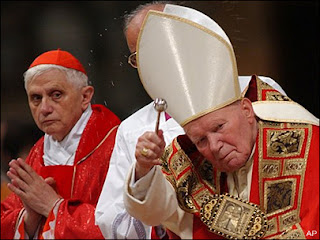 You have to ask? 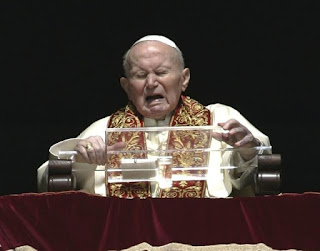 At this time I believe Benedict may be in worse condition.
Posted by Terry Nelson at 9:59 PM 12 comments:

Email ThisBlogThis!Share to TwitterShare to FacebookShare to Pinterest
Labels: 'They' wouldn't even let Pope Benedict have a cat 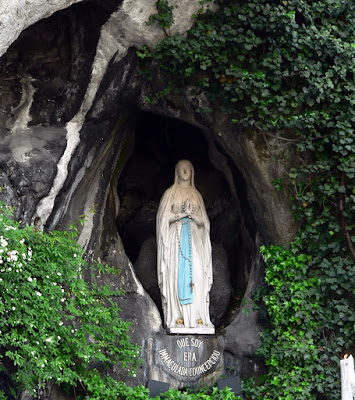 Email ThisBlogThis!Share to TwitterShare to FacebookShare to Pinterest
Labels: In thanksgiving for the Immaculate Conception of the Virginal Mother of God
Newer Posts Older Posts Home
Subscribe to: Posts (Atom)