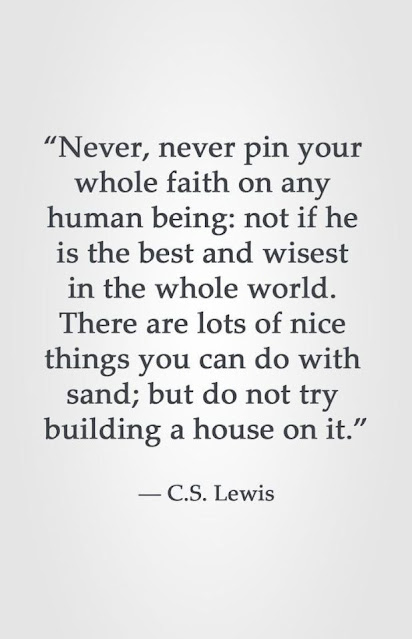 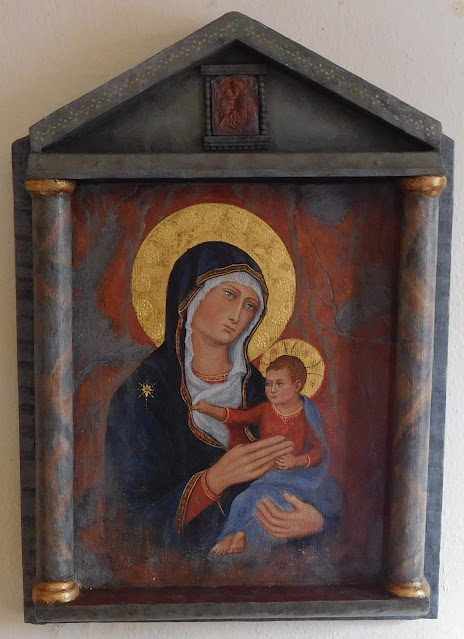 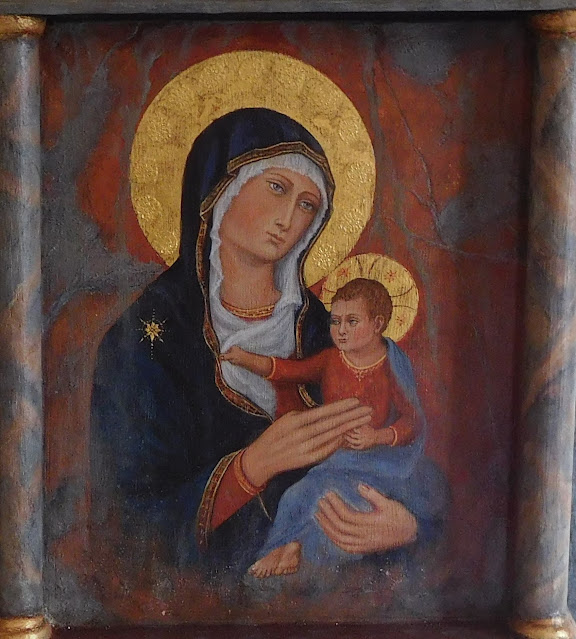 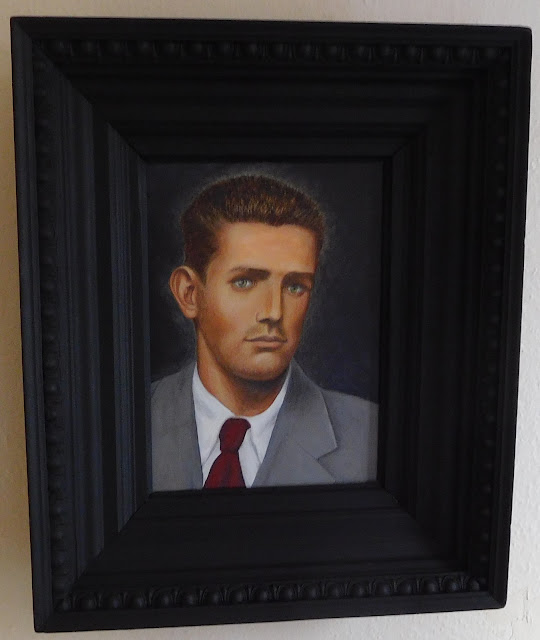 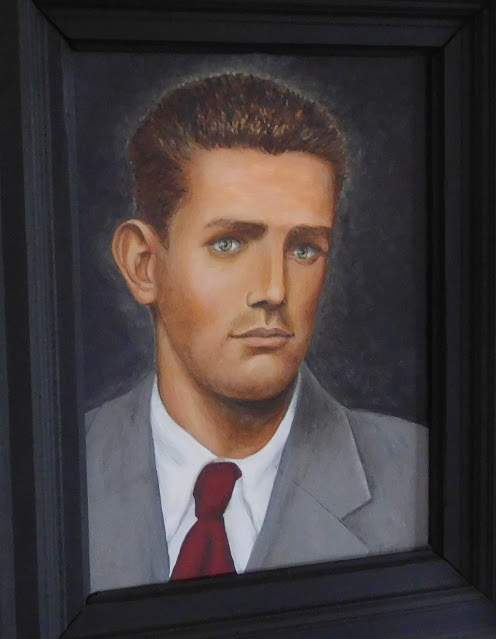 Nothing is hidden that will not be revealed. 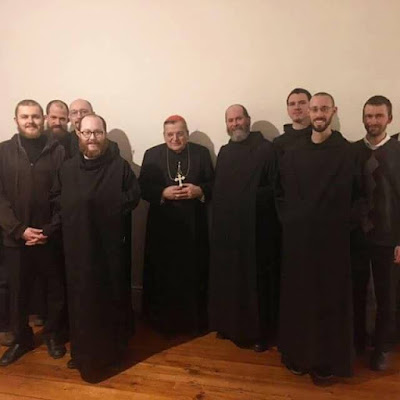 What is holding back a proper Visitation of Silverstream?
I always feel really guilty when I write about falls from grace, such as the events related to Silverstream Priory.
Today I was searching for back-up reports online and found several links to the more 'official' reports, along with commentary which exonerates, vindicates and corroborates Dom Benedict Andersen's claims.  That is why I revisited this - a sort of reparative gesture for Dom Benedict, along with prayers that he be treated justly by Church officials.  As a whistleblower he has been subjected to another level of abuse.  I no longer have his email, but I hope someone will let him know I'm sincerely sorry for having doubted him and for what it is worth, he has my support.
The message is out there now and it is for the Church to respond.  I think there must be many who wish to protect the former prior, among them Traditionalists who do not want their movement sullied.  Not to mention those who fear suppression for adhering to Tridentine ritual along with the rejection of Vatican II.  Fr. Mark has enjoyed the approval and endorsement of his foundation and religious/spiritual life by some powerful prelates and clergy, friends and allies in the network he cultivated over the years.   I suspect that explains why Fr. Benedict landed on 'The Perps Corner' on the website of the Archdiocese of NY.  (Kirby has friends in NYC - he once called me from the office of a priest-friend of his in Midtown - it was an introductory call - he introduced me to the priest and the conversation was mostly 'camp'.)

Archdiocese’s Most Wanted: The ‘Perps’ Corner:   Be aware that Father Benedict Andersen, OSB, who until recently was at Silverstream Priory in Stanmullin, County Meath, Ireland, may present himself for ministry here in the archdiocese. He is not allowed to serve in any capacity in any parish or institution here. - Some Things to Know

Transparency regarding this situation is important, to protect the innocent and rid the Church of corruption.  Every incident like this vindicates the calls for reform made by Pope Francis, who is so often maligned for his warnings and policies to rid the clergy of worldliness and sexual hypocrisy.

An independent and proper visitation by the Holy See needs to proceed now that new information is made available.

I think I'm finished with this now. 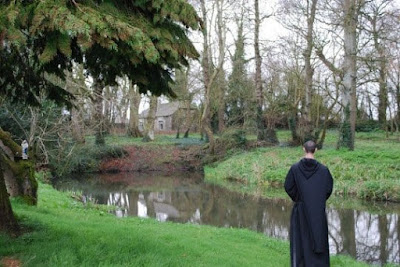 The investigation into the goings on at Silverstream Priory is getting more attention - by credible online writers, such as Mike Lewis of WPI and of course, theologian Dawn Eden Goldstein who is a contributor to the site.  I will link to the new post, which helps support Fr. Benedict Andersen's case while also vindicating his claims of harrassment.  I'm ashamed to say I had my doubts about all of that, but I'm convinced otherwise now.

I'm especially relieved that scolding and intimidation will no longer have its effect upon me.  I seem to  always second guessing myself regarding 'mystic monks and nuns' and their cults.  I really think a false mysticism has served to cover up a great deal of corruption over the years - especially now days with the resurgence of pre-Vatican II traditionalism.

On Friday of last week, Irish blogger Pat Buckley reported that four men have come forward with allegations including boundary violations, spiritual abuse, and sexual harassment against Dom Mark Kirby of Silverstream Priory, the author and alleged visionary behind the popular devotional book In Sinu Jesu. These new allegations follow a lengthy August 2021 interview with Fr. Benedict Andersen in the Pillar.

Fr. Andersen is a Silverstream monk who is currently in canonical limbo, unable to minister as a priest after his complaints of inappropriate behavior and spiritual abuse by Fr. Kirby resulted in an apostolic visitation of the priory. Formerly the sub-prior of the community, Andersen was the first person to publicly bring forward allegations against Kirby, although stories about Kirby’s past and his allegedly abusive treatment of his subordinates had been circulating for years.

If these new allegations are true, it appears that Fr. Andersen has been vindicated. Not only was he mistreated by Fr. Kirby, but his treatment by the diocese has been unjust. Read the article in the Pillar for Fr. Andersen’s account of his story and Pat Buckley’s blog post for details about the new allegations (warning: sexually explicit language).

You may recall the four-part analysis of In Sinu Jesu by theologian Dawn Eden Goldstein that we published in June of 2020. She wrote the series in order to foster dialogue about the book. It was remarkable, Goldstein observed, that the book, a Catholic bestseller with over 250 five-star reviews on Amazon at the time, had until then “escaped theological critique—especially given its claim to contain messages from Jesus that are intended for all the faithful.” - Mike Lewis 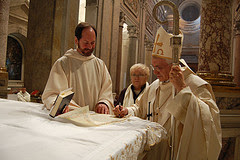 Signing in at Santa Croce in Gerusalemme.

A glimpse into a lonely heart.

In closing, I want to share something Fr. Mark wrote about friendship on his blog, Vultus Christi - now ten years ago.  The piece has since been removed from his site, but I kept the quote with the link on a post I did on friendship:

"... one must have friendships in life. [ . . .] Let yourself love. There is no danger so long as the spirit of prayer exists in you. And young priests have hours of loneliness that are very hard. They need affection and tenderness. If you don't give it to them, they will go looking for it just anywhere.

at certain hours we need someone to show us affection: a mother, a sister, a brother. Otherwise, if the heart is not anchored, it goes anywhere at all, and is lost." - One must have friendships in life. 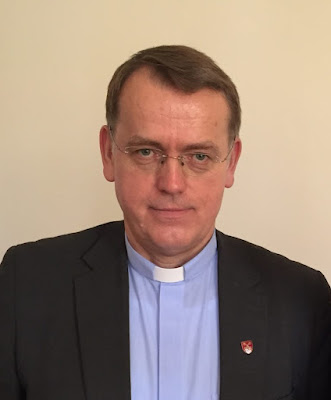 Don Dariusz Oko
Polish priest and theologian Dariusz Oko on trial.
He was denounced by Wolfgang Rothe, notorious for being involved in an Austrian seminary scandal, photgraphed kissing a seminarian, promoting homosexuality and celebrating gay blessing ceremonies.  So in the Church there are gay priests who want the Church to approve homosexual acts, and then there are same sex attracted clergy who do not, while struggling with homosexual acts.  The latter aren't gay of course. 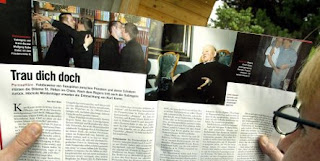 A Catholic priest who was dropped from a position in Austria
for taking part in wild gay sex parties,
is working for a Munich parish and even celebrating mass,
according to newsmagazine Der Spiegel.
As I always say, Catholic teaching can't change - no matter who says it can.

On 11 February 2022, Don Dariusz Oko, a priest and professor of the Catholic University of Krakow, will be judged by the Court of Cologne, accused of " inciting hatred " for having raised the problem of homosexuality in the Church with one of his articles published in the numbers of January / February and March / April of the Theologisches magazine , "On the need to resist homosexual lobbies in the Church" (" Über die Notwendigkeit homosexuelle Cliquen in der Kirche zu begrenzen "), and for a book entitled Lawendowa mafia [literally: La lavender mafia ] (Wydawnictwo AA, Krakow 2020).

The professor. Fr Dariusz Oko was denounced by Fr Wolfgang Rothe , whom Fr. Oko defines as a "living illustration" of his writings against homosexualism in the Church and as a confirmation of the veracity of his message. Don Rothe is known for having given, on November 4, 2021, a homosexual blessing in a Munich gay sauna called Deutsche Eiche , and for having released, in 2004, some images in which he seems to kiss on the lips of seminarians. - Corrispondenza Romana

Ed. note:  I did a retablo/ex-voto style painting called Seminary Visitation based upon the Wolfgang Rothe seminary scandal.  It's a weird painting, no doubt - but it is part of my series on documenting the sexual scandal and cover-up. 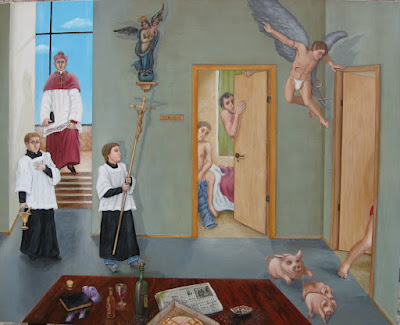 This is an earlier photo - there are a couple of changes
I added.  It remains unfinished since I still may add to it.
The newspaper on the table, I painted a blurred photo of
Wolfgang kissing his seminarian.