I should update the blog. 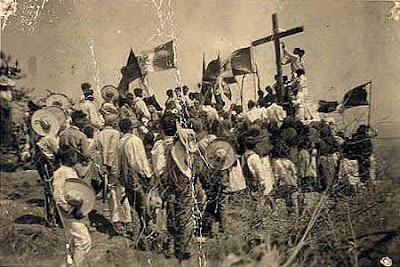 I spend too much time on FB.

Doing what?  Engaging in discussions about stuff I used to post about on the blog.  Mystics, locutions, monks, anti-papist Catholics, deluded prelates, but not a lot about other stuff.  A little bit of politics, but I hold back, since it seems everyone I know is pro-Trump.

I've written about how the riots and protests, as well as the vandalism of monuments reminds me of the events in Mexico in the 1920's, the Cristeros, as well the violence of Republican Spain.  I also see similarities to the Paris Commune, especially in Seattle.  It takes a lot of research to write about this stuff, and I don't have the energy.

Lots of people seem to be seeing prophecies fulfilled these days.  I'm not qualified to contradict them.