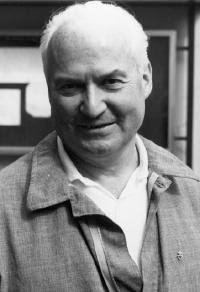 
“We often fail to realize the depth of evil, terrifying as it is. I am not speaking only of the selfishness of the wealthy, heaping up riches for themselves, or of those who sacrifice to achieve their self-selected goals. Or of the dictator who breathes in the incense due only to God. I am speaking of the selfishness of good people, devout people, those who have succeeded through spiritual exercises and self-denial in being able to make the proud profession before the altar of the Most High, “Lord, I am not like the rest of men.” Yes, we have had the audacity at certain times of our lives to believe we are different from other men. And here is the deepest form of self-deception, dictated by self-centeredness at its worst: spiritual egotism. This most insidious form of egotism even uses piety and prayer for its own gain.” - Carlo Carretto, Letters from the Desert

Years ago, shortly after my conversion, I came across Letters from the Desert, written by Little Brother of Jesus, Carlo Carretto.  One night - around midnight I think - I was reading something from him and "I was seized with mortal anguish" as it were, left my brother's house and walked from one church to the other hoping there would be one  open for me to go in and pray before the Blessed Sacrament.  I arrived at one far away from my house and it had a sort of enclosed cloister type lobby outside the front doors.  I laid on the steps in the dark, praying, longing to be so close to the Blessed Sacrament.

Carretto helped me deepen or understand my devotion to Christ in the Eucharist.  I mentioned him to a cloistered nun I knew.  She was prioress at the time, and she warned me against Carretto, saying she didn't trust his spirituality.  She very nearly put out the fire in my heart.  Her repetitious words to me whenever I spoke of someone outside her mystical realm were: "I'm dubious about him ..."  She even wrote that about my novice master.  Yet she thought she was an authority on St. Therese and the 'little way' of confidence and love.  I think if she was alive today she would be rather dubious of Pope Francis as well.

It's all good though.  Everything works out.    Carretto doesn't scare me any more.  And we have a Pope much like him.

That said - worried about 'Super Tuesday'?

The thought that the affairs of the world, like those of the stars, are in God’s hands – and therefore in good hands – apart from being actually true, is something that should give great satisfaction to anyone who looks to the future with hope. It should be the source of faith, joyful hope, and, above all, of deep peace. What have I to fear if everything is guided and sustained by God? Why get so worried, as if the world were in the hands of me and my fellow men?

Don’t worry about what you ought to do. Worry about loving. Don’t interrogate heaven repeatedly and uselessly saying, “What course of action should I pursue?” Concentrate on loving instead. - Carlo Carretto