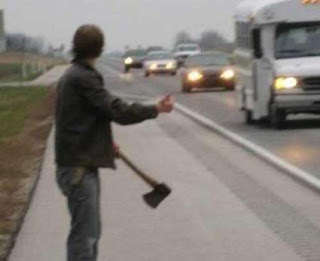 Totally unscientific and unsympathetic musings about teenage boys scoring...
.
Remember Van Haylen's song?  Remember the female teachers in the news who had sex with their teenage boy students - one couple even married after she got out of prison (Mary Kay Letourneau).  The women were prosecuted as sex offenders - having had sex with a minor and all of that.  That's okay - it's the law.
.
Ask the boys though, and they might tell you they scored big time.  Guys know that.  Now think about teenage boys getting a bj from a teacher, a priest, a Christian Brother, a neighbor, a coach, a shopkeeper, or a candlestick maker...  Yep - it's a sin and against the law - guys know that too.
.
In my neighborhood there lived a Mexican guy named Ernesto, and then there was the young guy, Bob who owned the corner store - both guys had a reputation.  Many of the boys in the neighborhood were frequent visitors.  Most, if not all of those boys are now married with children.  (Remember I grew up in a tough part of town.)
.
I've just been thinking about all of this stuff while everyone seems to be jumping to conclusions as regards all of the scandals swirling around - especially the Betrone controversy that homosexuals are natural born pedophiles, and the other Spanish bishop who said some of the victims may have not been such victims after all.  There may be some truth to that - then again - it can get pretty twisted as well.
.
Though most people know that I consider any male to male sexual gratification to be 'gay' that does not mean I think all homosexually inclined men are pederasts or pedophiles.  Not at all.
.
Likewise, all children, boys or girls who have been abused do not automatically turn into abusers when they grow up - nor do they 'turn gay' if the contact was male to male.  And early childhood sexualization (abuse) is much more traumatic than teenage sexual abuse.
.
I think many good people are getting hysterical about this stuff right now and they are falling into rash judgement, detraction, and calumny.  As is so often the case, alot of people do not know what the hell they are talking about.
.
I'm just sayin'.
.
On a related note:
.
Western Confucian, Richard Dawkins, Pedophile Delusion  H/T Enbrethiliel
.
And our next class will be on Admitting Men With SSA to Religious Life, or What's Wrong With Fr. Scanlon?
.
I'll be at adoration once again, I found out a nearby parish has adoration all day on Thursdays.
Posted by Terry Nelson at 12:30 PM

Email ThisBlogThis!Share to TwitterShare to FacebookShare to Pinterest
Labels: ax to grind