Fear of chastisement: Does it work? Not so much. 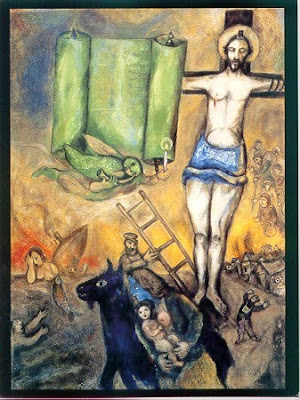 "He who does not acquire the love of God will scarcely persevere in the grace of God, for it is very difficult to renounce sin merely through fear of chastisement." - St. Alphonsus Liguori
.
As you know, there are warnings on cigarette packages about the health risks smokers face from smoking.  Back when I was a smoker - I ignored the labels and television ads and kept smoking.  It wasn't because I thought "it won't happen to me" that I was unfazed by the warnings - I just didn't care, I loved smoking cigarettes.  I only quit because one year I got so sick, I couldn't smoke if I wanted to - once I passed the first week without a cigarette, I was free - if I wanted to be.  It is all in the will, with a lot of help from God.
.
I mention this because people often use the argument that this or that vice carries a lot of health risks or shortens one's life, hoping to scare people out of doing whatever they are doing.  New studies released by the CDC report that gay men die a decade or so earlier than straight men.  I doubt that many gay men are worried, or that they will "hate" their condition because it might lead to an early death.
.
To dread the loss of heaven and the pains of hell.
.
Such sociological health warnings seem to me to have a spiritual correspondence:  Warnings of chastisement for sin.  Of course the fear of damnation is a healthy and necessary fear - which is why it is part of the Act of Contrition.  Nevertheless, as St. Alphonsus states, "it is very difficult to renounce sin merely through fear of chastisement."  For example; at one point in my spiritual life I struggled so violently with sin I was not only exhausted, but I was suffering to the point I was convinced hell could not be any worse.  I'm not exaggerating.  If it had not been for divine grace, I don't know what I would have done.  By some miracle I understood that my only hope was the Divine Mercy and devotion to the Love of God.  Once in confession, after a particularly humiliating fall, while making my act of contrition I emphasized how full of sorrow I was because I had offended God "who is deserving of all my love".  The newly ordained priest caught me and said, "You neglected the part about detesting sin and dreading the "loss of Heaven and the pains of hell".  He wanted the formula.
.
Naturally I had not neglected that part of the act of contrition deliberately.  So, full of grief I tried to explain to the priest that I mentioned at the end of my confession how much I detested these sins;  and I went on to say that since my life had been such a living hell already, due to my intense struggle with these sins, which seemed almost addictive, the fear of chastisement alone wasn't able to deter me from repeated sin.  And although I believe hell is the just punishment for grave sin, and that I did not want to spend eternity there, my deepest anguish and sorrow was the awareness I had so repeatedly offended God who is Love.  The young priest then understood and accepted my act of contrition.
.
That said, a hatred for sin and a healthy fear of damnation remains a necessary part of contrition - in fact it forms the basis for imperfect contrition.  It's a matter of the will however.  Sometimes we don't 'feel' it - but we can sincerely will it - which also explains why using the traditional  act of contrition, which seems to be the rule these days, is good.
.
Just some thoughts.  I hope it is not too much information.
.
Oh - so my point is, trying to scare people into doing good usually doesn't work that well.
.
Art:  Marc Chagall
Posted by Terry Nelson at 11:01 AM

Email ThisBlogThis!Share to TwitterShare to FacebookShare to Pinterest
Labels: amendment of life