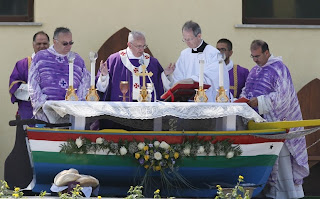 Mass 'on the frontlines'
photo source


Some have called it tacky, even corny...

The refugees, the migrants had the Pope visit them on Lampedusa the other day.

He celebrated a penitential Mass on an altar constructed in the form of a boat, reminiscent of the boat carrying migrants who drowned when it was shipwrecked.  The altar was a humble gesture, a reminder, a votive offering from the poor, in honor of the poorest of the poor.  Christ was crucified upon such an altar, the crucifix was a contemptuous, disgraceful instrument of death, made from unrefined, crude timber.  The suffering Christ was condemned as a criminal, he was filthy, sweaty, bloody, a man others looked away from in disgust, despised and lowly, held in no esteem... Before execution, he was presented to the jeering crowd, 'tackily' dressed as a mock king, with a 'corny' crown of thorns.

Christ visited the refugees, the migrants, the homeless survivors on Lampedusa the other day. 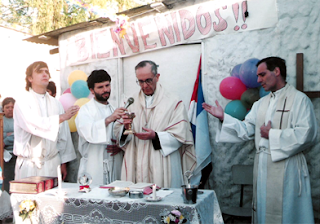 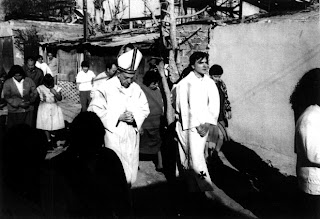 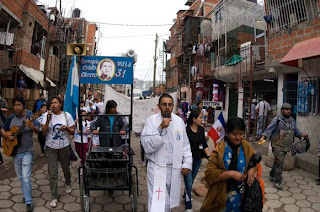 Buenos Aires slum procession before Mass .
When St. Lawrence was asked for the treasures of the Church, he brought forward the poor...

If the Pope makes me uncomfortable at times, perhaps I've been too comfortable for too long.

More Mass on the frontlines and unusual altars. 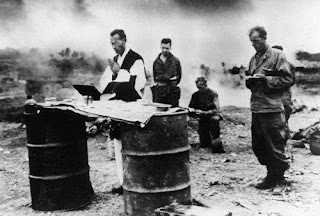 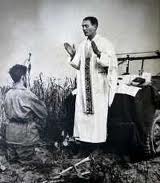 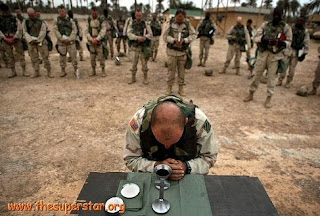 Email ThisBlogThis!Share to TwitterShare to FacebookShare to Pinterest
Labels: pope francis the slum pope, The Poor Pope-Pope of the Poor