What I did for New Years Eve. 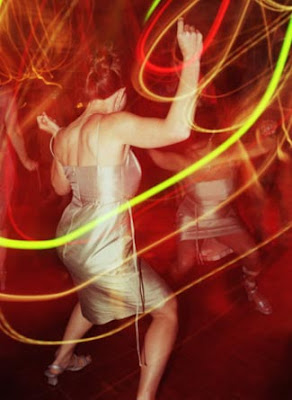 I got all dressed up again and went out night-clubbing.
.
I am laughing so hard - I did not do that! I just love the photo however - and so does Mrs. Parkes.
.
This is what I really did. I went to the vigil Mass for the Octave of Christmas. Then I went grocery shopping because Lund's was open until midnight. After that I went to Target and bought some movies. I came home and watched one of them, The Queen, showcasing Helen Mirren's astonishing portrayal of Her Majesty. I had never seen the film before, except for trailers and clips amid interviews. I'm a johnny-come-lately as the film was released a couple of years ago, but who cares.
.
I know some of the British did not appreciate the public outcry for honors to be shown Princess Diana by the Royals, but these folks were very much in the minority. (I'm quite sure Mrs. Boggle had some problems with it.) I followed all the events surrounding the death of Princess Diana rather closely; I too was angry with the Queen for her silence and indifference to what was going on outside Buckingham Palace, indeed around the globe. Yet when she turned up outside the palace to review the floral tributes and acknowledge the massive crowds of her subjects, I distinctly recall my immediate change of heart towards her, saying, "That's all you had to do dear - just show up."
.
I repeated those words during the film last night.
.
The film treated Her Majesty quite well, and Tony Blair was also shown in a better light than what my opinion of him happens to be today. The bad guys in the film turned out to be the consort, Prince Philip, and Mrs Blair - I have a particular dislike for Mrs. B. Prince Charles came off a bit of a weakling - but hopefully he will never be King. I think the Queen Mum would have played better with Joan Plowright in the role, but it is over and done with.
.
My favorite scene? The Queen's encounter with the stag - although I'm sure if that incident had really happened, Her Majesty would have shot it.
.
Happy New Year everyone.
Posted by Terry Nelson at 10:31 AM