This just in: Why we don't punish the mothers ... 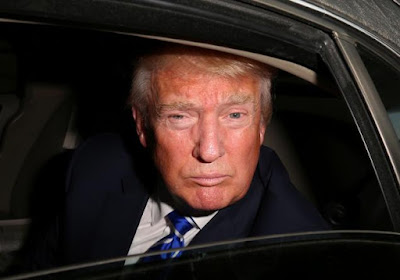 The most pro-life candidate ever?  Really?


When Trump said we should punish (criminalize) the mothers who have abortions, he demonstrated his ignorance of the law, and exposed our ignorance of how the law was applied in the past as well.

It's a good trick played that's been played out by the pro-abortion crowd.

Turns out - women were never criminalized for abortion - because they have pretty much always been considered the second victim of the act.  I know nothing about birth and babies, and less about women, so rather than trying to pretend I know what I'm talking about, I just want to take this opportunity to share with you an article my friend Mercury linked to in a comment on another post of mine, regarding Trump's proposal women should be punished for abortion.


Why did the states target abortionists and treat women as a victim of the abortionist?

The political claim—that women were or will be prosecuted or jailed under abortion laws—has been made so frequently by Planned Parenthood, NARAL, and NOW over the past 40 years that it has become an urban legend. It shows the astonishing power of contemporary media to make a complete falsehood into a truism.

For 30 years, abortion advocates have claimed—without any evidence and contrary to the well-documented practice of ALL 50 states—that women were jailed before Roe and would be jailed if Roe falls (or if state abortion prohibitions are reinstated).

This claim rests on not one but two falsehoods:


First, the almost uniform state policy before Roe was that abortion laws targeted abortionists, not women. Abortion laws targeted those who performed abortion, not women. In fact, the states expressly treated women as the second “victim” of abortion; state courts expressly called the woman a second “victim.” Abortionists were the exclusive target of the law.

Second, the myth that women will be jailed relies, however, on the myth that “overturning” Roe will result in the immediate re-criminalization of abortion. If Roe was overturned today, abortion would be legal in at least 42-43 states tomorrow, and likely all 50 states, for the simple reason that nearly all of the state abortion prohibitions have been either repealed or are blocked by state versions of Roe adopted by state courts. The issue is entirely academic. The legislatures of the states would have to enact new abortion laws—and these would almost certainly continue the uniform state policy before Roe that abortion laws targeted abortionists and treated women as the second victim of abortion.

There will be no prosecutions of abortionists unless the states pass new laws after Roe is overturned.

This political claim is not an abstract question that is left to speculation—there is a long record of states treating women as the second victim of abortion in the law that can be found and read. To state the policy in legal terms, the states prosecuted the principal (the abortionist) and did not prosecute someone who might be considered an accomplice (the woman) in order to more effectively enforce the law against the principal. And that will most certainly be the state policy if the abortion issue is returned to the states.

Why did the states target abortionists and treat women as a victim of the abortionist?

The irony is that, instead of states prosecuting women, the exact opposite is true. To protect their own hide, it was abortionists (like the cult hero and abortionist Ruth Barnett when Oregon last prosecuted her in 1968), who, when they were prosecuted, sought to haul the women they aborted into court. As a matter of criminal evidentiary law, if the court treated the woman as an accomplice, she could not testify against the abortionist, and the case against the abortionist would be thrown out.

Based on this record—spanning 50 states over the century before Roe v. Wade—it is even more certain that the political claim that any woman might be questioned or prosecuted for a spontaneous miscarriage has no record in history and will certainly not be the policy of any state in the future. - Finish reading here.


There is so much double talk on the subject that people have lost their common sense.  They see Trump as some sort of savior to over turn Roe v Wade - a guy who could care less about women and children.  Every pundit that comes down the pike claiming he will overturn Roe v Wade - if elected - doesn't know what he or she is talking about.  It's Stepford-Wives-Syndrome, and Trump  has been the perfect spokesman for it.

Abortion is huge business - women's rights are unsustainable without the abortion industry.  Obviously the lie is in danger of being exposed because of Trump, who only in the last day or so seems to have been informed that in the past the abortionist was criminalized, not the surviving victim. Will he toe the party line on this now?  By just focusing on a judicial appointment to give the impression Roe v Wade will be overturned?  It will be interesting won't it?

Thanks again to Mercury for providing the excellent link with information on this topic - I found it very helpful.  To be honest - I never understood the 'second victim' theory so well myself.