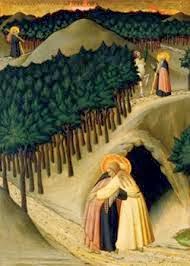 I was going to write something about it as it applies to some of the discussions related to the controversy surrounding the 'New Homophobes' and their interpretation of chaste friendship.*  Their arguments are so complex and confusing, I have trouble understanding what they are saying at times. 'Truth is simple and pure and should be able to be transmitted to and understood by a barmaid' - I read somewhere that Einstein actually made such a claim about unified field theory.

Jimmy Akin is able to communicate with such simplicity and clarity, that no one should walk away confused.  I'll list his points here, but to read his complete definition of terms, click his name at the end of the quote:

What is continence?
Continence refers to what people think celibacy and chastity refer to—that is, not having sex.


Celibacy is the state of not being married.


Chastity is the virtue of being sexually pure.


It comes from the Latin word castitas, which originally meant “purity,” and which came to refer specifically to sexual purity.

Chastity will take different forms depending on whether one is celibate or married...


As Akin points out, single people who remain unmarried are called to exercise chastity by observing continence  - no sex.  As in the case of same sex attracted persons, they live a chaste, celibate life.  That does not mean they must live alone, they can have same sex friendships, share an apartment and a house, and so on.  In fact, healthy same sex friendships are important for ssa people to live a balanced celibate life.**  The Church says living out of this (homosexual) orientation in homosexual activity is not a morally acceptable option.  But the Church does not forbid chaste friendship and mutual support.

Indeed, the Catechism points to disinterested same-sex friendship as a help and support.  This can come about in those situations wherein two persons have lived together for a long time, and after a deeper conversion perhaps, returned to Church teaching on sexuality and marriage.  (Spiritual direction is critical in such cases.)  Friendship centered upon Christ with the purpose of living in fidelity to Church teaching and mutual sanctification is certainly not forbidden by the Church.  However, living out of this orientation in homosexual activity is not a morally acceptable option. - CDF

What does disinterested friendship mean?

As one friend put it:


A 'chaste lifestyle' for two ssa men does not and cannot include identifying as a 'couple'. Living together as a gay “couple” is effectively what I will refer to as “pseudo-spousing” just as much as a cohabiting man and woman are “pseudo-spousing” with or without sexual activity. This is a hugely important point to make and is one that dovetails with the CCC’s noting that the call to chastity for homosexuals involves disinterested friendships (the very opposite of “eros”), not 'couplehood'.


I agreed with my friend's important qualification.  At best, the arrangement might be seen as irregular, not unlike - yet not the same as - the case of a divorced and remarried man and women who agree to live chastely, as brother and sister, in order to be reconciled to the Church.  In the case of the married and divorced it is an imperfect accommodation, a pastoral exception permitted after spiritual direction and counsel, and sacramental reconciliation (confession).  This is often done provisionally, in cases involving children or estate, and complicated financial/economic problems.  In my experience it more frequently occurs when one of the spouses becomes ill or is incapacitated.

Same sex friends are not in the same position, precisely because they cannot be spouses.  Even if civil law permits civil unions or ss marriage - in the eyes of the Church, their state in life is not changed.

In the past I may have inadvertently blurred these lines.  I believe I have used the analogy with divorced and remarried individuals presumptuously.  Personally, privately and publicly I have always maintained ss relationships have no affinity to marriage, precisely because the spousal dimension is impossible.  Likewise, romantic and sexual interest in one another isn't sustainable without outside stimulus. (This also helps explain why two longtime friends would not necessarily present an occasion of sin for one another.)  When sexual interest wanes, homosexual 'couples' look outside the relationship for sex and 'romance' - sometimes they may do it together, or singly, sometimes it is just heavy reliance on pornography or voyeurism at the gym.  In my experience, many delude themselves that consent is the determining justification for such behavior, maintaining their relationship has simply evolved into some sort of 'open marriage'.  Despite what they say, the entire idea that it is the same as traditional marriage in the first place is a falsehood.

Having said that, when and if chaste, celibate and continent same sex friends live under the same roof, they must be especially careful to avoid representing themselves or identifying themselves as a couple, as well avoiding giving the impression their lifestyle is a sort of substitute or compromise of gay marriage.   In my opinion that would be advocating the gay lifestyle, leading to a misunderstanding of Church teaching.


I hope this is understandable to my regular readers and friends.

*This post is actually in response to a question raised by Mark in the com-box of a post on Spiritual Friendship Blog here.

Email ThisBlogThis!Share to TwitterShare to FacebookShare to Pinterest
Labels: A clarification, chaste friendship, where two or more are gathered in Christ's name