I was going to write a post today on how similar Pope Francis' spirituality is to the Little Way of St. Therese...

However, I doubt it makes any difference now. 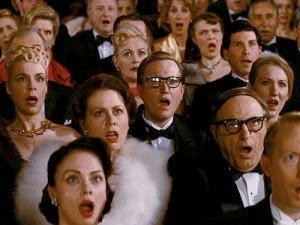 "We have to be careful with the reports about what Francis said.
We have to check the English version of the interview against the Italian."
- WDTPRS


"Can you live crushed under the weight of the present?  Can you go on like this?"

The Holy Father did another interview.  The Pope: how the Church will change.

Now don't get me wrong, but I'm sticking to the Brideshead lesson on Papal off the cuff pronouncements and spontaneous interviews:


"... 'Supposing the Pope looked up and saw a cloud and said 'It's going to rain', would that be bound to happen?' 'Oh, yes, Father.' 'But supposing it didn't?' He thought a moment and said, "I suppose it would be sort of raining spiritually, only we were too sinful to see it.'" - Fr. Mowbray, Brideshead Revisited

I'm too little and too sinful to understand what the Pope says in interviews and off the cuff remarks to people on the phone.

However, the last two interviews, coupled with the Holy Father's sense of urgency about reform, suggests to me that since Vatican II at least, the Church really has pretty much collapsed ... otherwise why would the Pope say the following?


"...You tell me: can you live crushed under the weight of the present? Without a memory of the past and without the desire to look ahead to the future by building something, a future, a family? Can you go on like this? This, to me, is the most urgent problem that the Church is facing."

Of course, the quote is a little out of context - or is it? 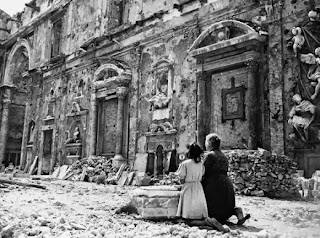 Email ThisBlogThis!Share to TwitterShare to FacebookShare to Pinterest
Labels: papal interviews, popes say the darndest things, why popes should not use social media or give interviews