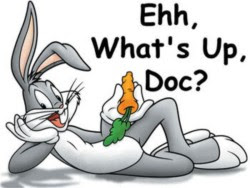 Today's Father's Day of course - so happy Father's day to my readers who are dads.  Especially Catholic dads who are neither alcoholics, drug addicts, wife beaters or child abusers, thieves, adulterers or other creepy things that have their effect on their children whether they are willing to admit it or not.  So happy Father's day to you good guys.
.
Hey - I just got an email from a Muslim, Rahabbi-watzupawitu Muhhumiditi or something - it was labeled: "Please open the attachment!"  How dumb are these people?
.
Alrighty then...
.
So anyway - there was a post yesterday on a gay blog about a guy who infiltrated a local Courage meeting.  I know!  The guy was actively gay of course, and he pretended to be a Catholic hoping to walk the straight and narrow.  Instead he wrote an expose unbeknownst to the Courage members.  (Remember when I told you someone wanted me to infiltrate a group not too long ago?  Read the spy's article and you will see why it is not a good idea nor very Christian to do such things?!  I know!)  You can read the post here:  Notes From the "Laughable but Tragic" World of Courage.  I wasn't going to blog about it, but I thought I should publicize my comment to the post, since here I can correct spelling and stuff.  (I don't know how to do that when I place comments on other blogs.)
.
Terry Nelson said...  (I indicate additions with italics and parenthesis.)


Michael, the article could be laughable if the subject matter were not so tragic. I often recommend Courage to those folks reading my blog who may be seeking to live a chaste and celibate lifestyle in accord with Catholic Church teaching. The fraternal support is often necessary for those men who struggle to live according to the teaching of the Church.
.
I only know one member of Courage really well - a man who reads my blog. However, I do know Fr. John Harvey as well as Fr. Benedict Groeschl - both instrumental in founding the apostolate. These men and their writings are very sound and instructive.  (I should add, based upon solid research and years of ministry.)  I also know two of the priests mentioned in the article, although I doubt they know or remember me. Both priests are also very sound, good Catholic priests - both very down to earth and deeply spiritual and compassionate men.  (With many years of pastoral ministry, as well as a good grasp of mystical theology - something essential when dealing with such matters.)
.
The tragedy in this article is how the participants involved in the support group have been presented. I've never been to a support group but from what I've seen in documentaries and heard from those who have, there is a candor amongst participants due to the private nature of the meeting, a vulnerability expressed while speaking of their interior struggles which might otherwise sound laughable in other circumstances, or to an outsider who is convinced their struggle is unwarranted in the first place. In fact such comic scenarios - taken out of context - work very well in sit-coms and stand-up. Nevertheless, such conversation and self revelatory dialogue must be assessed in the privacy of the setting.
.
Additionally, people should understand there are many stages penitents go through in transitioning from any unwanted lifestyle or habit, especially from gay culture into faithful Roman Catholic culture. It takes great courage and the gift of fortitude to do such a thing, and is the stuff that saints are made of.
.
Conversion is an ongoing process and there are differing expressions or safeguards individuals employ. There are differing degrees of ascesis, as well as degrees of delicacy of conscience for each individual. Crazy as it sounds, maybe some guy really did have to throw out his computer or another fellow really had to stop going to the gym for awhile. There is something in the Gospel about that you know - "cut off your right hand..." No one is permitted to do that of course - but throwing out a computer isn't so radical a concept when compared to cutting off something else. Most likely the guy who did throw it out will eventually get a new one anyway - only to face the same issues until he learns how to deal with them appropriately. Maturity also takes a long time for many people.  (I have posted about a saint who in her penitence made a huge bonfire of her clothes and jewels - a dramatic gesture not without comedic potential.  Looking back upon my own conversion I too had moments of drama.)
.
Generally speaking, the article picks up on the foibles of the Courage movement very well.  (It is easy to pull conversation and stories out of context in order to sound strange or bizarre.)  Yet the author was successful in representing the participants as repressive and and their means to combat these issues just plain dumb. (He mocked the priests and their celibacy as symptomatic of arrested development.)  I think if he studies the situation and concept of chaste celibacy more closely he would realize that it is the active homosexual who is more a victim of arrested development than a celibate priest - but that is a difficult reality for gay men to accept.
.
That said, if anyone is genuinely interested in the Courage Apostolate they should read the books by Harvey and Groeschl - as well as the Courage handbook - they would then be able to discern that the apostolate isn't a crazy idea at all. Nevertheless, Courage isn't a fix-all either. Which may be why some people who tried it and failed denigrate it so. It's a support group, providing an outline, or guide to living chastely amidst a culture hostile to chastity and purity and fidelity to Church teaching.
.
Anyway, despite such articles - I'm convinced most Courage members, as all Christians today, are prepared to be ridiculed for their faith.  The very fact that Courage receives such hostile criticism and ridicule indicates it is definitely the work of the Holy Spirit. - End of comment.

.
One thing Catholics struggling with SSA - which can sometimes be like SA (sexual addiction) - is that a person is not obliged to join Courage - though it seems to me to be a very good help - it is a choice.  A man or woman can find equal support from fellow Catholics - if their new found friends aren't too freaked out about that SSA thing.  Sometimes 'lovers' decide to reform their lives together and live according to Church teaching - in a sense they have their own little Courage group.  But just as for an alcoholic - AA isn't always a requirement - though a lot of alchies will say that's heresy.  We all have free will - with prayer and proper direction, you 'can leap over any wall' as the Psalmist says.  And don't forget - saints are sinners who keep trying.  Remember the scene from What's Up Doc?  (This link is not that scene however.)  It shows an old lady trying to get to her hotel room despite a guy in the hall who kept tripping her?  She kept getting up determined to get to her room - that's how it is sometimes - we may fall at every step, but keep getting up - seen from a distance (after we get through it) or by an outsider, it's even kind of funny.  The one who perseveres however, has the last laugh.
.
Something very queer is going on.  (That should be the title of my next post on the subject.)
Posted by Terry Nelson at 12:46 PM