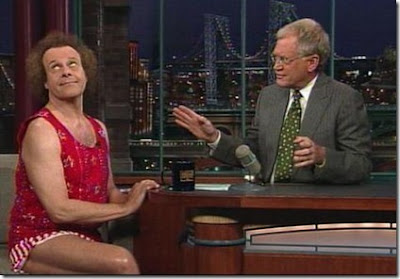 The Christmas truce is almost over.
.
Liturgically Christmas season is over after Epiphany, or is it after the Baptism of the Lord?  Yeah, I think that  is it - because Ordinary Time commences right after.  (I wish they hadn't tampered with the calendar.)  Anyway, I've observed a sort of Christmas truce this holiday season and I've been pretty decent with my blog posts, don't you think?  (I took down a Michelle Bachmann slam-bam post.  She's a local politician - "very pretty, very nice" as Mrs. Dubcek would say.)
.
Blogging is boring during the holidays anyway - people are busy.  They get all involved with family things and alcohol and drug relapses, returning unwanted gifts,  and stuff like that.  Just this morning I noted how another blogger had nothing to blog about so she wrote about ten pages of stuff.  A post about nothing.  This blogging thing is a trap however - we can start thinking we are important, really important - and we tell everything about ourselves, and sometimes even post our blogposts year in review - because we are so important.  (I'm lumping myself in with this critique you know.)
.
My uncle, a recovered alcoholic for like 40 years likes to tell people, especially when signing his Christmas letters, "You are important!"  Very nice, very pretty - but I'm not sure one should take that literally, or at least not to the extent one's vanity would have one do.
.
That said, I believe I mentioned a few months ago that I got some video equipment - I was threatening to do some online talk shows - because I think I'm so darn funny - it worked for Angela.  But now I decided against it.  Today I watched one blogger's series of videos, mostly just to see if that is what he really looks like - it was him.  I'm guessing he got it for Xmas.  I dunno - he appears normal - but that is about it - he rants.  (Unlike Father, I'm not naming names here.  I don't think Father did a Christmas truce.)  Anyway - so now I'm convinced I maybe should sell my equipment and forget the video route all together.  I was laughing at the other blogger's video - but I'm afraid viewers would not laugh at mine, even though my productions would be intended to be funny.
.
Of course I could always do squirrel-cam - like Father - he feeds birds, as do I, but the squirrels eat most of it.  So I think I'll forget about that one too.  I don't want to go online begging for donations to feed wild life and travel and stuff.
.
Nevertheless, I can still dream about it.  If only I had the Merv Griffin set from Seinfeld - I could maybe even invite people over to be on the show.  Or not.
.
Photo:  9 ladies dancing - upstairs - sweatin' to the oldies.
Posted by Terry Nelson at 10:27 AM

Email ThisBlogThis!Share to TwitterShare to FacebookShare to Pinterest
Labels: 9th day of Christmas