The devil in the details. 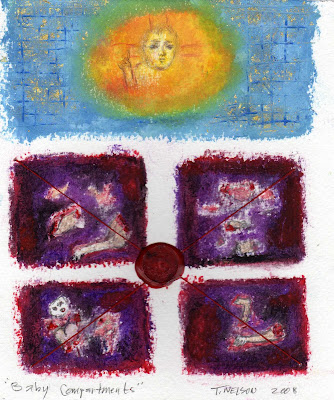 Pro-abortion violence against pro-life advocates.
.
We just never hear this stuff on the news.
.
Fr. Euteneuer: In the days when I was more actively doing sidewalk counseling, I was threatened with death twice by abortion clinic workers, threatened with physical harm numerous times by boyfriends and others who accompanied women to the clinic and several times I was assaulted by people in vehicles trying to run me over. The verbal harassment is too numerous and gross to recount, especially when directed against a man of the cloth.
.
Fr. Euteneuer cited examples of harassment on an international scale:
.
Several members of our international network who have direct contact with the abortion lobby in their countries do encounter problems however:
.
-In Kenya an abortionist tried to poison our director;
.
-in Mexico, the HLI director found a knife covered with red blood-like liquid stuck in his couch with a message to stay out of abortion;
.
-in Austria the anti-lifers have sued our affiliate (without success) and the city government of Vienna created special laws against them;
.
-in the Philippines there are attacks against the character of our pro-life people and one parliamentarian called for the deportation of HLI’s Dr. Brian Clowes when he did a speaking tour there;
.
-in Ecuador our affiliate leader was threatened with death, satanic graffiti was put on the door of a church against us, the severed head of a dog was thrown into a church with a desecrated Sacred Host in its mouth.
.
Fr. Euteneuer concluded: The behaviors have always been irrational, but the new element seems to be an occult element that I believe we will see more in the future. “Death-scorts” seem to be more prone to curse and "pray" against pro-lifers probably due to so many of them being involved in New Age and witchcraft. Some of it is overt and some not. The abortion clinic owner in Rockford, IL periodically comes out of his place dressed in a devil outfit, for example. He also puts blasphemous images of Jesus and religion in the window of the clinic. One abortionist in FL some years ago shook blood from his abortion instruments on the pro-lifers after a morning of killing. We will see much more of this in time. - Source
.
It is obvious who is behind abortion.
Posted by Terry Nelson at 12:59 AM