"Let us abandon our polemics to listen together to what the Spirit is saying to the Church….” 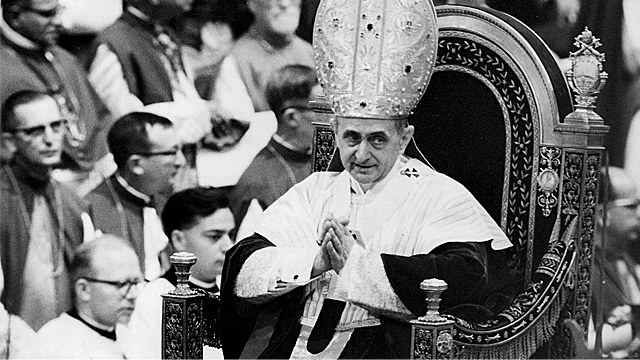 People will out-talk me, outsmart me with scriptural-liturgical-theological knowledge, but as an ordinary Catholic man, let me tell you there is nothing wrong with the Ordinary Form of Mass.  Many who despise Pope Francis are bending over backwards to pick apart his latest Apostolic Letter "Desiderio desideravi” in their effort to promote the TLM.  They out rightly reject Vatican II and the subsequent liturgical reforms.  There is no hiding that fact.

" I do not see how it is possible to say that one recognizes the validity of the Council — though it amazes me that a Catholic might presume not to do so — and at the same time not accept the liturgical reform born out of Sacrosanctum Concilium, a document that expresses the reality of the Liturgy intimately joined to the vision of Church so admirably described in Lumen gentium. For this reason, as I already expressed in my letter to all the bishops, I have felt it my duty to affirm that “The liturgical books promulgated by Saint Paul VI and Saint John Paul II, in conformity with the decrees of Vatican Council II, are the unique expression of the lex orandi of the Roman Rite.” (Motu Proprio Traditionis custodes, art 1)" - Desiderio desideravi

Fr. Z and those like him are on the offensive, dissecting every line of the document for error and lack of clarity.  Many ordinary people without a strong formation in liturgy are gravely misled by their 'resistance' to the Pope and the Council, sowing doubts in the legitimacy and validity of the Novus Ordo sacrament and rites.

He is talking about the TLM, not the Novus. It is an ERROR to think of the TLM in those shallow ways. - Fr. Z

It seems to me people of good will would see rather, that the Apostolic letter could help put to rest the claims of  priests such as Fr. Charles Murr and promotion of the Archbishop Annibale Bugnini sabotage stories involving Freemasonry and the Novus Ordo. Yet diehards continue to promote the allegations which have circulated since the initial implementation of the Novus Ordo. Wasting no time, they immediately attack the simple intentions of the Pontiff as expressed in the current Letter.

61. In this letter I have wanted simply to share some reflections which most certainly do not exhaust the immense treasure of the celebration of the holy mysteries. I ask all the bishops, priests, and deacons, the formators in seminaries, the instructors in theological faculties and schools of theology, and all catechists to help the holy people of God to draw from what is the first wellspring of Christian spirituality. We are called continually to rediscover the richness of the general principles exposed in the first numbers of Sacrosanctum Concilium, grasping the intimate bond between this first of the Council’s constitutions and all the others. For this reason we cannot go back to that ritual form which the Council fathers, cum Petro et sub Petro, felt the need to reform, approving, under the guidance of the Holy Spirit and following their conscience as pastors, the principles from which was born the reform. The holy pontiffs St. Paul VI and St. John Paul II, approving the reformed liturgical books ex decreto Sacrosancti Œcumenici Concilii Vaticani II, have guaranteed the fidelity of the reform of the Council. For this reason I wrote Traditionis custodes, so that the Church may lift up, in the variety of so many languages, one and the same prayer capable of expressing her unity.[23] - DESIDERIO DESIDERAVI

No doubt in the discussions surrounding the Holy Father's Letter "Desiderio desideravi” one encounters the name of Archbishop Bugnini over and over, as the scoundrel who concocted the Novus Ordo. Fr. Louis Bouyer is often mentioned, conveniently noting his lack of esteem for the Archbishop and his reputation. That is true of course, nevertheless it doesn't cancel out the Ordinary Form/Novus Ordo as the normative rite in the Church.  The other day a former Catholic on Twitter complained, 'how can you attend the NO, a reform based upon lies?' He was referring to Bugnini and an exchange between Paul VI and Bouyer, among other things.  The critics of the OF and devotees of the EF frequently harbor similar sentiments.  Some go so far as to say if they can't attend an EF they won't attend Mass at all.
"But this myopic view must at least be challenged." - Fr. Z
As I said before, I'm not a liturgist and I very much like the OF as it is properly celebrated in my parish. So I have no problem with Pope Francis and his effort to unify the lex orandi of the Roman Rite. I'll just say it might be good to acquaint ordinary fellow Catholics with Louis Bouyer, who ought to be known for much more than his disappointment in protégés at the time and subsequent developments in liturgical reform.
[NB While a novice at New Melleray, Fr. Bouyer gave conferences to the monks, as well as a separate mini conference for the novices.]
A good, quick resource for an introduction to the life and work of Louis Boyer, click here:
Rev. Louis Bouyer: A Theological Giant | An Interview with Dr. Keith Lemna | Ignatius Insight | November 12, 2010.  Just keep in mind that the Ordinary Form of Mass, the Mass of St. Paul VI was indeed approved and promulgated by Pope Paul VI and his successors.  It is the lex orandi of the Roman Rite.

Ignatius Insight: What influence did his work have on the Second Vatican Council?

Dr. Lemna: It is difficult to assess the precise influence that Bouyer's work had on the council. By the time that the council had convened, many of Bouyer's ideas had become common currency among some of the theologians who were present at the council, even if they were not influenced by Bouyer. Bouyer was a theological expert relied upon by the Church in the period surrounding the council, and he was greatly trusted by Paul VI, who appointed him to the first International Theological Commission after the council and who had wanted to name him a cardinal. Bouyer refused the offer, arguing that it would cause too much trouble for the Holy See. He had been engaged in fierce polemics with the later generation of liturgists in France, and his reputation had suffered as a result. In our own day, especially with the papacy of Pope Benedict XVI, Bouyer's reputation should be restored, as his liturgical vision coheres with that of the Holy Father.

Certainly, if Dom Hugh Gilbert is right about the singular importance of Bouyer's book on the Paschal Mystery, then we might go so far as to say that Bouyer's work was a decisive influence on the council, if only indirectly so. Also, it is difficult to measure just how influential Bouyer's writings and teachings on liturgy and spirituality were in the period leading up to the council.

At any rate, there is no doubt that Bouyer's general approach to Scripture, theology, spirituality, the Church, and liturgy were canonized by the texts of the council. It would perhaps be better to say, rather than speaking in terms of influence, that Bouyer's work enables us to interpret the council through the lens of a "hermeneutic of continuity." Bouyer's work is very much in line with the theologies of both John Paul II and Benedict XVI. He provides further support for their joint effort to inspire the Church to read the council in terms of the meaning of the actual texts of the council rather than according to some "Spirit" that is presumed to have little connection to the texts. Bouyer: Interview

Beware of the online scholars who frequently depend upon undocumented rumors, gossip, hearsay and conspiracy theories to make their case against Vatican II, Sacrosanctum Concilium, The Novus Ordo and the Popes.