Speaking of Bella Dodd and the Trump-Russian-Connection ... 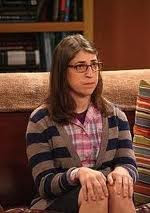 “I would certainly like to find out
who is really running things.”
Dr. Bella Dodd


“I think the Communist conspiracy is merely a branch of a much bigger conspiracy!”

The above statement was made to this reviewer [Cleon Skousen] several years ago by Dr. Bella Dodd, a former member of the National Committee of the U.S. Communist Party.
Perhaps this is an appropriate introduction to a review of Dr. Carroll Quigley’s book,
Tragedy And Hope.

Dr. Dodd said she first became aware of some mysterious super-leadership right after World War II when the U.S. Communist Party had difficulty getting instructions from Moscow on several vital matters requiring immediate attention. The American Communist hierarchy was told that any time they had an emergency of this kind they should contact any one of three designated persons at the Waldorf Towers. Dr. Dodd noted that whenever the Party obtained instructions from any of these three men, Moscow always ratified them.

What puzzled Dr. Dodd was the fact that not one of these three contacts was a Russian. Nor were any of them Communists. In fact, all three were extremely wealthy American capitalists!  Dr. Dodd said, “I would certainly like to find out who is really running things.” - Cleon Skousen, The Naked Capitalist (1970)

Oddly enough, many far right Republicans ascribe to Skousen's theories, Glenn beck for instance, as well as Trump supporters, such as Ben Carson, and Rick Perry, although they tend to finger the Democrats as the Marxist-Communists infiltrators.

So, what if the Dodd quote is credible?  Perhaps it could help explain,  kinda-sorta, the Trump-Russian connection - if there really is one? 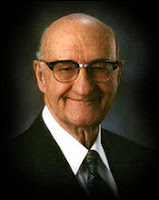 
Coming up: The real story why the NY Archdiocese will not let Archbishop Sheen's body go - yep, the Bella Dodd connection.
Posted by Terry Nelson at 12:03 PM