What Pope Francis learned as a young priest. 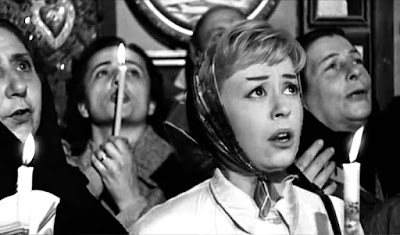 "For as long as we are alive it is always possible to start over, all we have to do is let Jesus embrace us and forgive us. There is medicine, there is healing, we only need to take a small step toward God, or at least express the desire to take it - a tiny opening is enough." - Pope Francis


When Pope Francis was a parish priest in Argentina, he met a mother with young children who had been abandoned by her husband.

She had no steady income. When odd jobs were scarce, she would prostitute herself in order to feed her children and provide for her family. During that time, she would visit the local parish, which tried to help her by offering food and material goods.

One day during the Christmas season the mother visited and requested to see the parish priest, Father Jorge Bergoglio. He thought she was going to thank him for the package of food the parish had sent to her.

"Did you receive it?" Fr. Bergoglio had asked her.

"Yes, yes, thank you for that, too," the mother explained. “But I came here today to thank you because you never stopped calling me Señora." - Angelus

From the beginning of his pontificate, the Holy Father's spirituality always reminds me of stories of the Desert Fathers.

There was a brother who kept a woman in his cell. The other fathers decided to go and expel him from the monastery. An abba heard about this and visited the brother beforehand. The brother hid the woman in a basket, before the abba came in the door. The abba then proceeded to sit on top of the basket and converse with the brother until the other fathers came to visit. The abba ordered the other fathers to search the cell and find this woman. Not finding her, because the abba (who had a gift of seeing hidden things) was sitting on the basket containing her. The abba then chastised the fathers for falsely accusing the brother and judging him. They asked for forgiveness and left. Then the abba got off the basket and told the brother, "Brother, be careful" and left. - Vultus Christi

Email ThisBlogThis!Share to TwitterShare to FacebookShare to Pinterest
Labels: Jubilee Year of Mercy