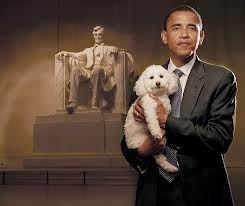 
Soft despotism is a term coined by Alexis de Tocqueville describing the state into which a country overrun by "a network of small complicated rules" might degrade. Soft despotism is different from despotism (also called 'hard despotism') in the sense that it is not obvious to the people. - wiki

I know!  Although I've never studied Alexis de Tocqueville so what would I know?  Nevertheless, I wanted to know what soft despotism meant and pursued a definition online, since someone said it pretty much describes the state of our country at present.  I think it does too... but I'm not sure because about six years ago I fell and hit my head shortly after undergoing surgery, and you know what head injuries can do... poor Fr. Benedict.  But I digress.


In Democracy in America, Tocqueville suggested that democracy was capable of breeding its own form of despotism, albeit one without the edges of Jacobin or Bonapartist dictatorship with which Europeans were all too familiar. The book spoke of “an immense protective power” which took all responsibility for everyone's happiness-just so long as this power remained “sole agent and judge of it.” This power, Tocqueville wrote, would “resemble parental authority” but would try to keep people “in perpetual childhood” by relieving people “from all the trouble of thinking and all the cares of living.”

Such circumstances might arise, Tocqueville noted, if democracy's progress was accompanied by demands for a leveling of social conditions. The danger was that an obsession with equality was very compatible with increasingly centralized state-power. Leveling social conditions, Tocqueville observed, usually involved using the state to subvert those intermediate associations that reflected social differences, but also limited government-power.

Tocqueville's vision of “soft-despotism” is thus one of arrangements that mutually corrupt citizens and the democratic state. Citizens vote for those politicians who promise to use the state to give them whatever they want. The political-class delivers, so long as citizens do whatever it says is necessary to provide for everyone's desires. The “softness” of this despotism consists of people's voluntary surrender of their liberty and their tendency to look habitually to the state for their needs.- Dr. Samuel Gregg of The Acton Institute

Then this short excerpt by Alexis de Tocqueville:


I have always thought that servitude of the regular, quiet, and gentle kind which I have just described might be combined more easily than is commonly believed with some of the outward forms of freedom, and that it might even establish itself under the wing of the sovereignty of the people.


Our contemporaries are constantly excited by two conflicting passions: they want to be led, and they wish to remain free. As they cannot destroy either the one or the other of these contrary propensities, they strive to satisfy them both at once. They devise a sole, tutelary, and all-powerful form of government, but elected by the people. They combine the principle of centralization and that of popular sovereignty; this gives them a respite: they console themselves for being in tutelage by the reflection that they have chosen their own guardians. Every man allows himself to be put in leading-strings, because he sees that it is not a person or a class of persons, but the people at large who hold the end of his chain.

By this system the people shake off their state of dependence just long enough to select their master and then relapse into it again. - de Tocqueville, Volume II, Book 4, Chapter 6 of Democracy in America

Email ThisBlogThis!Share to TwitterShare to FacebookShare to Pinterest
Labels: Don't trust anyone over 80, politics and poodles