And this is where Vigano goes off the rails ... 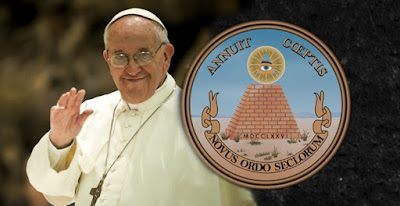 Jesuitism is alive and active in our day.
It flowered in the English Reformation
and thrives today.

I don't care which academic posts links to the Vigano interview, or which devout commentator finds it credible and enlightening, it all reads like a chapter out of Anna Katherine Emmerich to me.  It's pretty much all conspiracy theory and unverified gossip.  Vigano cashes in on the ageless Jesuit-Masonic plot to overthrow the Church.  No wonder people who follow this nonsense are locked up in their own Windswept House phantasies, scared to death, stockpiling house scapulars and blessed candles.

"This is described in the book Infiltration by Dr. Taylor Marshall, so you may find some indication of this process there.

Then, I think it would be very much opportune to remind readers on this subject of the new Church what was published in April by Emeritus Pope Benedict on the project of founding a new church.

He said this would be a catastrophe. He was very severe on this point.

So what happened after Vatican II ended in 1965 was absolutely the opposite of a policy of continuity, which would have been the correct interpretation of the Vatican II documents.

Instead, there was another interpretation, of discontinuity, promoted by all the huge machine of media propaganda.

And, in a similar way, during this present pontificate, a similar media machinery, including photos of Pope Francis with Emeritus Pope Benedict, and so forth, has been used to argue that the “new paradigm” of Pope Francis is in continuity with the teaching of his predecessors.

This phrase “new paradigm” is a strategy to cover up the true goal, because they do not want to say what exactly is covered by this word. For many, this word “paradigm” is something exotic, something sophisticated. Everyone is using it. But it is used to mislead, to deceive, suggesting a continuity without revealing that they are seeking a discontinuity… " - Vigano, Moynihan Letters, #48


Vigano even mentions - credits - Taylor Marshall's book, Infiltration.  Doesn't say much about Vigano's credibility for me.  Some day everyone is going to be surprised when the masks come off and the real conspirators are revealed in this farce. 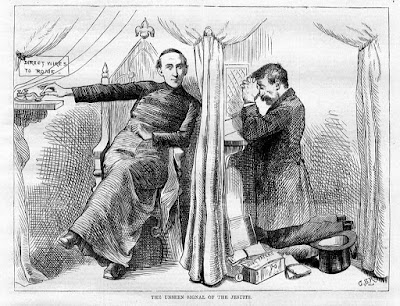