Mass Chat: So, is the Church guilty of a "pastoral failure toward homosexuals"? 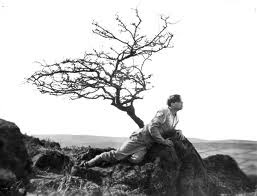 A few gay Catholics seem to think so.  They complain homosexual sin is singled out but contraception, divorce and remarriage is not - although there are support groups for divorced and remarried, evidently there is nothing for gay and Catholic.  Of course there is Courage, but one writer complains it is not in every diocese, other writers complain Courage isn't a one size fits all solution for gay and Catholic.  It is very difficult to discern just exactly what gay people want or expect.

Many - up until recently, myself included, have complained they are forever the outsider - damned if they do and damned if they don't.  That they have a sort of scarlet letter with which they are branded.  They do not feel welcomed at church, in the parish, and so on.

Looking back on my own life, I think I often alienated myself, I projected onto other people my own conflicts.  I separated myself many times, withdrew from family, coworkers, fellow Catholics.  In several instances, it was a good thing, since I was able to avoid giving scandal to others.  At other times I just didn't want to have to offer an explanation or get involved in a debate.  It was easy to convince myself that people would probably reject me if they knew my history - despite the fact that those who knew accepted me already.  But. I. Still. Did. Not. Fit. In.  Or so I convinced myself.

Last evening I had dinner with a couple of friends, and they talked about how they were bullied and shamed during high school, how they hated gym, were always the last to picked for the team and so on.  Though there were elements of that in my experience - except I was never bullied or called a sissy, my family were the only ones who did that to me - in school I was always treated well.  If I wasn't good at a particular thing, the coach-gym teacher excused me saying, "Terry you don't have to do that."  No one shamed or demeaned me or bullied me.  But I wasn't interested in boys either.  So maybe that's why.  Did I feel like an outsider on the inside?  Pretty much - but I wanted that - I wanted to be an artist.  To suffer!  Little did I know...

Part of the experience of gay culture is the desire, the image, that one is unique or special - set apart, different from other mere mortals or muggles.  Therefore I have to wonder, 'what are those who identify as gay Catholics really asking?'  Especially when they insist upon identifying themselves as gay Catholic?  (By doing so - they have already set themselves apart for special reference, special treatment or consideration.) What more can the Church do or offer other than what the Church offers for every man and woman?  Are priests expected to be psychologists and therapists?  Aren't the sacraments enough?  Isn't a parish community enough?

In my parish I believe there are gay people who work there.  I also know there are parishioners there who dissent from Church teaching.  I know there are very traditional parishioners as well.  It is a microcosm of the Church.  People get along, accept one another, pray together, do works of charity together - it is a parish.  The church has special groups, Social Justice, Mission, Youth, AA, all sorts of stuff.  The Archdiocese supports a Courage group.  What more is needed?  What do gay people want?  You see what I'm trying to say?  If I felt like an outsider, it was because I didn't join in, I didn't participate.  I was still accepted however - I was still allowed to be there - indeed, welcomed to be there.

Methinks they protest too much.

I think what I'm trying to say, after years of experience, that gay people make it difficult for ordinary people to even know how to respond.  Today, as never before in history, the Church is literally on its knees seeking to minister to persons with same sex attraction - we have cardinals and bishops wringing their hands, claiming the Church must do more.  While at the same time, other dissenting gay Catholics assail Church teaching and condemn the Magisterium as being out of touch.  There is something really screwed up with that - and the problem is not with Church teaching.

I'm not writing a book here, nor a magazine article, this is pretty much just my comment on a post Mark Shea did: Interesting letter from a gay Catholic, the letter is from Eric Brown, who also wrote this elsewhere:


It seems that homosexual Catholics hardly get the support they need from their Catholic brothers and sisters. It is absolutely true that Catholics have an obligation to build a moral and just society. However, there seems to be a hypocrisy in the way Catholics and other Christians make extraordinary demands on homosexuals in American life on the basis of “loving them”, yet the amount of effort spent in offering support and educational awareness of the plight of homosexuals and how to accommodate them sensitively within a Catholic moral framework is very disheartening. How many chastity resources for homosexuals can one think of that is secular, that may appeal to homosexuals who have struggles with approaching anything religious? What are non-religious homosexuals to do? Moreover, just how much do we actually think of the concerns and journey of homosexual people when considering public policy? - Eric Brown


What are non-religious homosexuals to do?

What is any non-religious person to do?  What is this all about?  What do homosexuals want?  What exactly do they want the Church to do for them?

My secular gay friends reject Church teaching.  But they don't want to be religious.  They don't care.  They don't believe.  I'm their friend.  They can't read my blog without going ballistic, so they don't read it.  We are friends.  We talk.  I'm not better than they are, though sometimes they think they are better than me because they are free of the burden of the Faith, but we remain friends.  I pray for them - that they will be saved.  I don't pray, 'make them Catholic', 'make them straight', 'make them this or that'.  I pray for their salvation.  They know me and accept me.  They don't make demands on me, I don't make demands on them.

So what are non-religious homosexuals to do?  Whatever they want.

I'm sure this post will be taken as mean-spirited, bigoted, narrow minded, homophobic, and on an on.  I'm just being honest and realistic however.  I do not want to offend the authors of the posts cited above, but after reading so much about these matters lately, I really think gay people have to get over themselves.  If they are constantly finding problems with the Church and her ministers, they really should take a closer look at themselves.

"We should not predicate 'homosexual' of any person, that does a disservice to the dignity of the human person by collapsing personhood into sexual inclinations.” - Fr. Paul Scalia