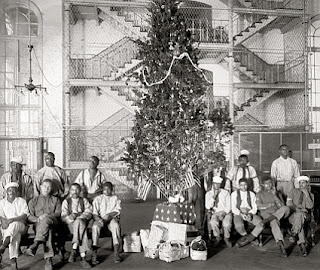 Seriously, I'm so in to being poor now, that I was skimming through my books on and by Dorothy Day looking for a good Christmas story.  Then I stopped looking.  If I have nothing to say, why say anything at all?  If I can't think of a good story on my own, why spend time looking for one?

Then I came upon this at Shirt of Flame, Heather King's blog... it's exactly what I was looking for.


From reader Sue Hayes. Sue lives in Northern California and has been married for thirty-three years to a Catholic Worker:

"In regard to the canonization of Dorothy Day, it amuses me that both the Catholic Left AND the Right are trying to CLAIM her, when she is NOT claimable... she was incapable of being drawn into petty squabbles of either stripe...she spoke Truth to power, strove to conform herself to the Living, Dying, Rising of true discipleship in Christ, and lived the Gospel with no interest in carving out some niche for herself as "special or admirable," nor did she like it when people called her "a living saint" because then it was " too easy to dismiss her."

There's a story (you can't be married to a quintessential Catholic Worker for 33 years, as I have been, and not know STORIES) that Dorothy, in her seventies, was arrested after a peace protest and they put her in a holding cell. After a bit, they opened the door and shoved in a young woman who was a prostitute and drunk. She cried and swore and said vile things to Dorothy and then fell on the floor at Dorothy's feet and threw up all over Dorothy's feet and legs...without a seconds hesitation, Dorothy sank down on the floor and took the young woman's head gently into her lap and just held her, as a mother would hold her child.

THAT'S why Dorothy is a saint... because she was incapable of marginalizing or being without respect for EVERY human being, regardless of how badly they may have "blotted their copybook"... When Dorothy spoke of "a harsh and dreadful love" [the quote is from Dostoevsky's The Brothers Karamazov] it kind of blew all that sky-blue-pink-bejeezely-stuff right out of the water. It was LOVE which Dorothy clung to and was not afraid to offer to ANYONE, a love so God-partaking in its authority, so steely determined in delivery that "even the gates of Hell could not prevail against it!"

THAT's why Dorothy is a saint; not because she championed the cause of the poor, (kudos from the Left) nor because she obeyed all The Rules (high-fives from the Right) but because she was true to her vocation, as each of us should be, to become the person God called her to be. How many people were immeasurably blessed that Dorothy Day came their way?"


I kind of got into the Dorothy Day discussion when news came out regarding her cause.  My trouble is always with a person's followers, not so much the person.  It's like spiritual reading - I'd rather read and re-read what the saints themselves wrote, not someones interpretation of what they said.