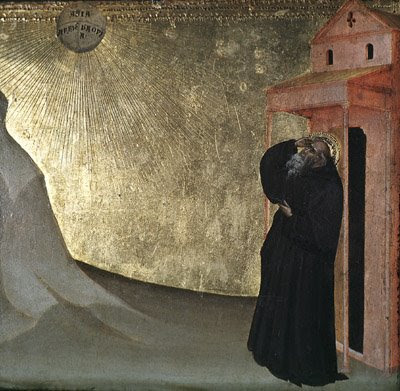 A spiritual malady.
.
Even a pious person is not immune to spiritual sickness if he does not have a wise guide -- either a living person or a spiritual writer. This sickness is called  prelest, or spiritual delusion, imagining oneself to be near to God and to the realm of the divine and supernatural. Even zealous ascetics in monasteries are sometimes subject to this delusion, but of course, laymen who are zealous in external struggles (podvigi) undergo it much more frequently. Surpassing their acquaintances in struggles of prayer and fasting, they imagine that they are seers of divine visions, or at least of dreams inspired by grace. In every event of their lives, they see special intentional directions from God or their guardian angel. And then they start imagining that they are God's elect, and often try to foretell the future. The Holy Fathers armed themselves against nothing so fiercely as against this sickness -- prelest. - Metropolitan Anthony Khrapovitsky
.
Consider this precaution in light of all the heavenly messages and inspirations pious people seem to be receiving now days.  Consider the many locus sancti locutionists in many parts of the world today.  As in Fr. Gobbi's case, some may even have a large following.  Most of these people claim Christ or Our Lady speaks to them.  Often the words they receive accord with other approved private revelations - at least in tone.  The locutionists write down what they hear and sometimes publish the 'messages' without any official approval.  An exception would be in the case of someone with a spiritual director who may authorize the person to publish their messages - yet such 'permissions' do not have the same authority as Church approval.
.
For example, the late Fr. Robert Fox counseled a local locutionist in Minnesota whose messages he gathered and eventually  published.  Spiritual directors can make mistakes; remember Fr. Fox had been gravely mislead by Fr. Gino of San Vittorino at one time.  The spiritual director is not the final authority in such cases.  Later, the locutionist Fr. Fox supported was subsequently asked to refrain from reading the messages on Church property by the archbishop.  To her credit she obeyed.
.
One must be cautious.
.
Art:  Vision of St. Benedict: "A marvelous thing followed in this contemplation for, as he himself related afterwards, the whole world was brought before his eyes, gathered up, as it were, under a single ray of sun." - The Life of St Benedict - St Gregory the Great. Source
Posted by Terry Nelson at 12:02 AM

Email ThisBlogThis!Share to TwitterShare to FacebookShare to Pinterest
Labels: Charismatics