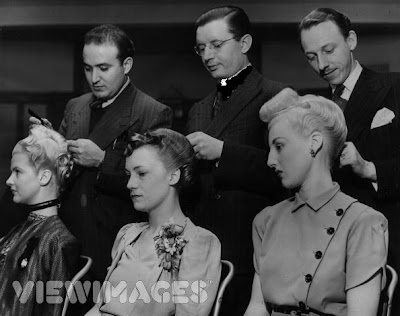 I don't think so.
.
I read a post on a gay-activist's blog making the claim that "survivors" of Catholic clerical sexual abuse insist that there is no connection between the sexual molestation they experienced and homosexuality. He writes: "I’ve said it before and I’ll say it again: No organization of clergy sex abuse survivors places blame on homosexuality. They are capable of making the distinction between sexual orientation and sexual abuse; between homosexuality and pedophilia. It’s time the hierarchical Church made - and boldly announced - these distinctions as well."
.
The writer quotes an Irish "survivor" as he objected to a statement made by an Irish priest, Father John Owen, of the Archdiocese of Cardiff, when he revealed that the “majority of pedophilia [in the Church’s clergy sex abuse scandal] had been perpetrated by homosexuals.”
.
Colm O’Gorman, a so-called survivor of clerical sexual abuse, "described Owen’s comments as 'ill-informed, ignorant, corrupt and dishonest.' He said: 'The church has created a link between homosexual sex and priests who rape and sodomize children. It scapegoats someone else and creates a side issue." - Wild Reed Blogspot
.
All of the men I know who had been sexually molested in puberty or adolescence, regardless of their sexual orientation as adults, identify the perpetrators of the sexual abuse they suffered as homosexual men.
.
The blog author insists, "no organization of clergy sexual abuse survivors places blame on homosexuality." Well of course not - not all homosexuals are into sex with under aged boys, but if you ask the individuals who were abused by same-sex perpetrators, I assure you most, if not all will tell you the abuse was homosexual in nature, and the men who did it were homosexuals.
.
As a man who had been sexually abused in my youth by multiple adult males, my own experience contradicts the premise that men who have sex with pre-teen and/or teenage boys are pedophiles and not homosexuals. It is a ludicrous idea. Pederasty, not pedophilia describes this type of sexual deviancy, and the perpetrators are surely homosexually inclined - to put it politely. Some may have been married to women, in a relationship with a man, or simply promiscuous - but there is no doubt they were gay and predatory.
.
I am in no way saying all homosexuals are pederasts, or that men who have been molested turn out to be gay or end up molesting boys or girls. That is not the case. What I am saying is that sexual predators who direct their attentions toward adolescent boys are gay, or at least bisexual - which happens to be the 'B' in LGBT. Therefore it is predominately a homosexual problem. Homosexual activists are misinformed.
.
I don't care what law enforcement or the court system labels it, or what psychologists call it, or even what a politically correct diocesan council calls it. Male on male sex is homosexual behavior.
.
Men who have been sexually abused by homosexuals in their youth are indeed "capable of making the distinction between homosexuality and pedophilia. It’s time gay activists made - and boldly announced - these distinctions as well."
Posted by Terry Nelson at 12:52 AM