Do you reject the glamour of evil, and refuse to be mastered by sin? 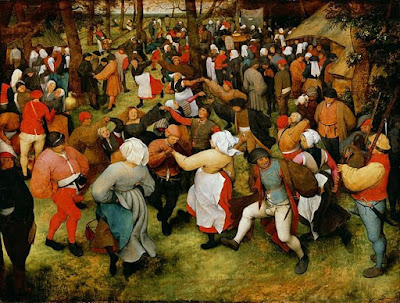 Today on The View - yes, I watch it - they had a segment on RuPaul's Drag Race, which I have never watched.  There were several drag queens celebrating their craft, identities and Queer Culture.  I'm not a fan - never have been.  I used to go to bars which featured drags, but I never enjoyed the show.  Friends seemed to love it, I just wanted to drink and dance.

I hated the exaggerated portrayal of women and the bawdy entertainment.  It's worse these days as they emulate fashion models, disco-divas and a category of celebrities who are only famous for being famous.  Like the Kardashians - who happen to model a straight form of drag queen.  So-called couturiers - fashion designers, have picked up drag-queen-queer style and mainstreamed it, to some extent.  (That all began with grunge and goth copied from the streets a couple of decades ago.)

The glamour of evil.

I like to revisit club-dance-trance music once in a while online.  I'm a huge fan of Chaka Kahn and discovered a great dance song by her sister Taka Boom, "Must Be the Music".  If I was 20+ years younger, and I came across that song, you couldn't make me stay home.  Watching the video, I noticed the back-up singers, very cool, moving 'discreetly', sort of like acolytes in a temple.  I was fascinated by the crowd and the musicians and the lights, viewing it as a kind of mesmerizing ritual, with the mantra "must be the music" repeated incessantly.  It can be rather seductive.

A very old impression of this kind of entertainment came to mind for me.  After my conversion, I thought gay bars and disco and gay behavior were reminiscent of ancient cultures which engaged in temple prostitution, sacred prostitution associated with fertility cults.  In our day, there are no longer fertility cults, rather, today it's all about infertility by choice, through contraception and abortion.  Today some activists actually regard abortion in terms of pagan sacrifice for a greater good, similar to  a sacrifice to Astarte, goddess of fertility and sexuality.

The result may perhaps be similar to the way Israel behaved, turning from the Lord to idols and depravity.  Even the Levites defiling themselves, as in Exodus:

Early the next day the people sacrificed burnt offerings and brought communion sacrifices. Then they sat down to eat and drink, and rose up to revel. - Exodus 32:6

Today I read that an group called "Ruth sent us" may be responsible for stealing a tabernacle from a Texas church.  It was found a few days later by a Burger King, intact, the only thing missing was the Blessed Sacrament, all the consecrated hosts.  'Ruth sent us' activists made a statement last week saying they intend to burn the Blessed Sacrament - the Eucharist - in protest for the overturning of Roe Vs. Wade.  Which reminded me of the Exodus passage, 'the people sacrificed burnt offerings and brought communion offerings... and rose up to revel'.

Must be the music. 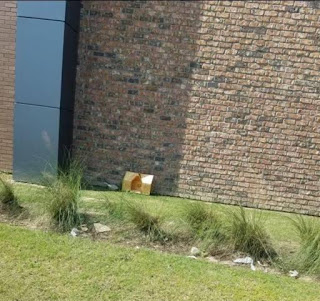 Email ThisBlogThis!Share to TwitterShare to FacebookShare to Pinterest
Labels: abortion as child sacrifice, Desecration of the Blessed Sacrament